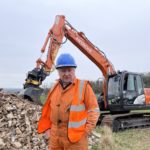 Barry Taylor, an early Engcon adopter, has renewed his association with the tiltrotator manufacturer

Owner operator, Barry Taylor of BJ Taylor Limited in Gloucester, bought his first Engcon tiltrotator in June 2002 and he hasn’t looked back since. In fact, he has recently upgraded for the third time to not only a brand new Engcon EC214 with EC-Oil, but a new Hitachi ZX130LCN-6 excavator to power it.

Focused on projects that are not your typical groundworks contracting, Barry will be using his latest investment to perform landscaping, forestry, site clearance and even demolition works. When we joined him on site, he had only just received his new machine and latest buckets, testing both on a neighbouring plot. 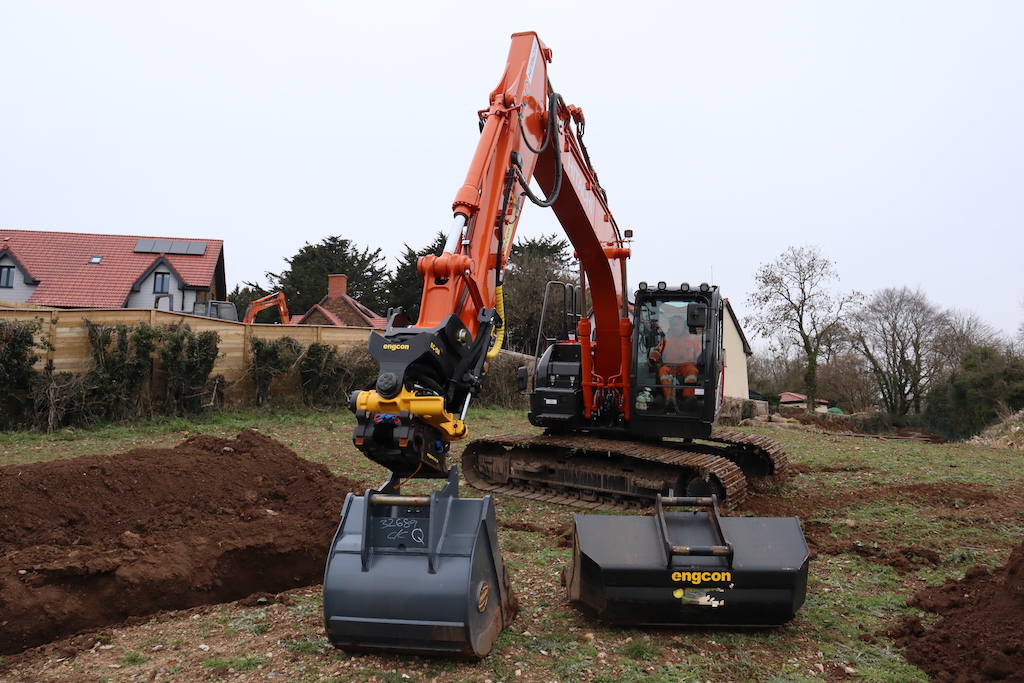 Explaining how his journey with the company has progressed to his latest investment Barry said: “I first went to a dig day where I saw the Engcon in action and subsequently got in touch with a local rep. They offered me a trial of the product and fitted it to the JCB excavator I had at the time. After using it for a few hours, I told them they could keep it on and bought it straight away and have never looked back.

“Because I do all my own maintenance, I have really recognised the impact and Engcon unit can have on my overall running costs over the years. With the tiltrotator doing so much more work my track wear has been dramatically reduced.

“With the latest EC-Oil automatic hydraulic connector, I no longer have to change the attachments manually. I can use the in-cab Quick hitch Standard Control locking system with its in-built sensors that monitor ground pressure to safely remove a bucket for example.

“Before I would have to wait about 5 minutes to depressurise the hydraulic lines before manually detaching them and putting the next attachment on. This process would also involve me getting out of the machine on a site and the inevitable loss of some hydraulic oil, not to mention additional wear on components.

“Of course, all of this takes time which reduces my overall productivity. By my calculations having the EC Oil fitted I will be saving between 30 minutes to an hour each day, depending on the type of work I am doing. It will also change how I complete projects.

“For example, I do hedge cutting and forestry work, particularly in the summer months and have invested in a heavy-duty saw attachment and grab for these applications. With EC-Oil, I will switch out between the two attachments and clean up as I go along, eliminating the need to track backwards and forwards as I previously would have. 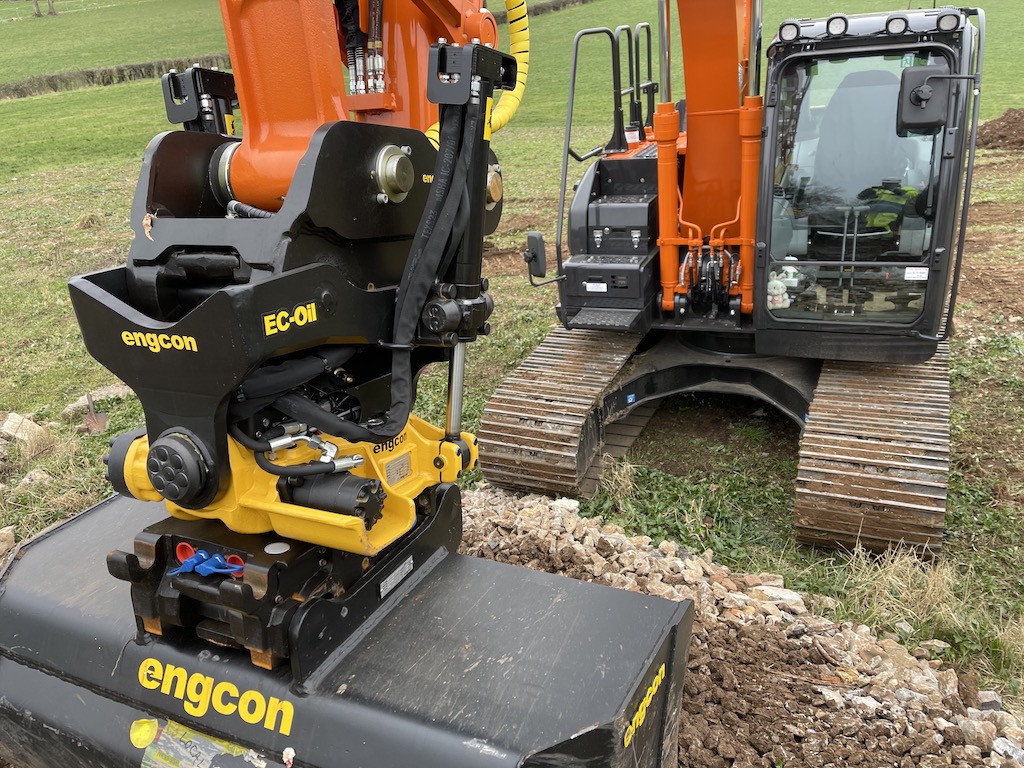 “This reduces track wear and reduces my fuel burn, which directly impacts my profitability. With more clients interested in reducing carbon emissions, this is a big selling point. It’s also part of the reason I invested in a new Hitachi excavator to replace my previous unit.

“To be honest new clients are very surprised when I come on site with an Engcon unit, as they are generally used to standard excavator set-ups. It also takes a bit of getting used to when I price by the job as typically what they expect to take say 3.5 days I can generally complete in 2.5 days. And this is based on my previous machine setup, so I can only see a further reduction in the time it takes me to complete a job with my new setup.

“I can also see that I will have the ability to take on bigger jobs in the future, especially as a few years ago I persuaded another local business that I work with to invest in an Engcon setup. Investment wise it just makes financial sense.

“You reduce maintenance costs, idle or downtime and get jobs done quicker to move onto the next job. This is great if you have a good work pipeline. It’s a no brainer really and payback on your investment is quicker than you think.”