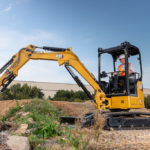 Caterpillar | Talkin’ bout the Next Generation

With a reputation amongst owners and operators that proceeds it and then some, Cat is certainly not a manufacturer that will indulge in meaningless marketing monikers. The company’s Next Generation initiative, for instance, is a signal of guiding principles in machine design, and is championing industry-first features, lower costs, and increased performance

The latest group to join the line-up are the 302.7CR, 303CR, and the 303.5 CR models. As an explanation of the nomenclature, CR represent Compact Radius, with all models designed with zero or low rear overhang. In addition, the last two digits refer to the weight – 2.7, 3.0 and 3.5 tonne. Cat has already successfully introduced compact excavators in the 1-2 tonne and 6-10 tonne classes onto the Next Generation platform and reports that the feedback has been overwhelming positive. 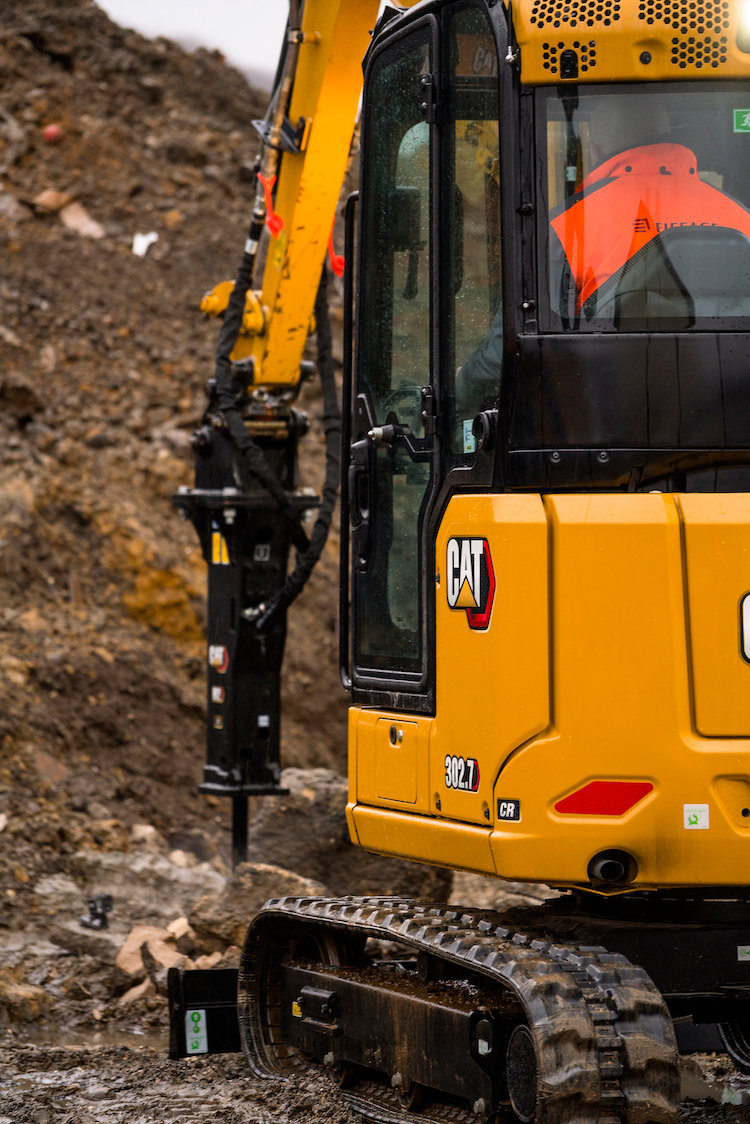 Many of the innovations on the machines that hit the market more than two years ago, such as stick steer and cruise control, are in evidence on these latest additions, including the move towards electro-hydraulic (EH) controls. It is technology that has already gained plaudits for its adjustable operator settings, and a much greater degree of flexibility across different jobs. Those settings are controlled via an in-cab monitor, through which joystick response, and implement speed can each be tuned to a particular task, thereby speeding up the machine for more aggressive applications or slowing it down where necessary. Furthermore, adjustments can even be made on the basis of individual cylinders, thereby adjusting hydraulic flow to bucket, or swing, and providing a highly customisable solution in the process.

“As with all the Next Generation minis the introduction of stick steer allows for the control of machine travel by pressing the yellow button on the joystick on the left side,” explains Alex McDonald, Product Specialist – Mini Excavators at Caterpillar.  “This is particularly useful when backfilling a trench with a blade, for example, where the blade control is in the right hand, and travel in the left. Similarly, the cruise control function is the perfect companion to hydro-mechanical tools. In jobs like mowing, for instance, the machine is tracking itself, whilst the tool is running, reducing complexity and operator fatigue.” In tackling ownership and operational costs, a tilting cab facilitates greater access to the mechanics of the machine whilst working in the field, which could well eliminate the need to transfer it to a workshop. The likes of valve banks and alternators are all fully in view, and that’s a theme that is continued with daily servicing, all of which can be conducted from ground level, from compartments that open without tools. Inside the cab all three models are available with air con, with the 302.7CR currently the only 2.7tonne class excavator on the market to be equipped with this welcome creature comfort.

Central to the Next Generation strategy is reducing total cost of ownership and commonality of components is a crucial weapon in winning that battle, particularly for hire firms who are required to devout large amounts of space to parts. In addition, in order to make them less susceptible to damage – and easier to repair – the steel panels on the new minis are manufactured deliberately flat and are again designed to be shared across the range.

Caterpillar’s next generation of compact diggers are not just the result of a factory design and build but of a concerted and exhaustive regime of testing. Indeed, before going to market, over 4 ½ thousand hours of on-site customer trials have already been chalked up, across the widest possible range of applications and territories. As a result, end users have praised the ease with which the 302.7CR can be transported, with tools, on a load bed or trailer, as well as the flexibility and responsiveness of the machines. The ergonomic controls and a highly readable and accessible monitor has equally won fans, as has the hands-free calling that Bluetooth connectivity provides. Moreover, whether it’s cooling with the air con or demisting with a heater, a pleasant working environment will always elicit a positive response. 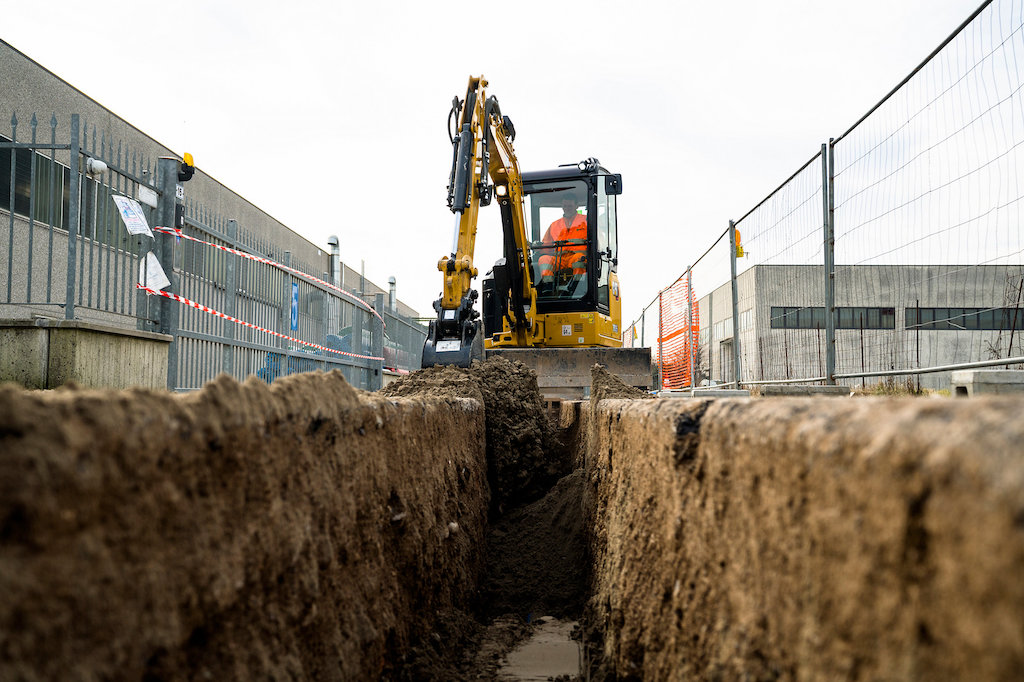 The 303.5CR replaces the existing 303.5E2 CR model, a machine that has itself garnered a very favourable reputation in the marketplace. From that position of strength Caterpillar has added the technologies that characterise the Next Generation concept, including the aforementioned EH control and the lower fuel consumption that the Cat C1.7 Stage V engine affords. The 303.5 will also be the first digger in its weight class to benefit from an angle blade where, when combined with stick steer, significant efficiencies in backfilling applications can be accrued.

The 303CR replaces the outgoing 303ECR, and features a Cat C1.1 Turbo, the same powertrain utilised not just in the 302.7CR unit, but also in the previously introduced, 1-2 tonne models, making parts management across a fleet a much simpler proposition. More importantly, that engine achieves a reduction in fuel consumption of up to 10 per cent, with improvements in travel speed for the 303CR in particular over its predecessor.

The most compact of the new introductions the 302.7CR replaces the 302.7DCR and occupies a critical space in the market for hirers and contractors alike. In this size of excavator owner/operators demand maximum performance from a machine that sits within the 3,500kg tow limit within the UK and the EU, and that’s just what this 2.7tonne solution provides. Not only that, but Caterpillar has recognised the multi-tasking role now required of these excavators with much improved lifting capability. An expandable undercarriage option on the 302.7 CR will retract the track width to 1,355mm in confined spaces and then expand to 1,780 mm for greater stability.