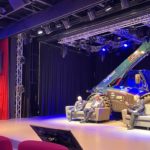 However illicit it might be at its heart acquisitive crime is an entrepreneurial activity and its perpetrators react to market forces. Put simply, if the value of a commodity goes up, and it can be obtained and disposed of relatively easily, then it becomes an attractive proposition for thieves. 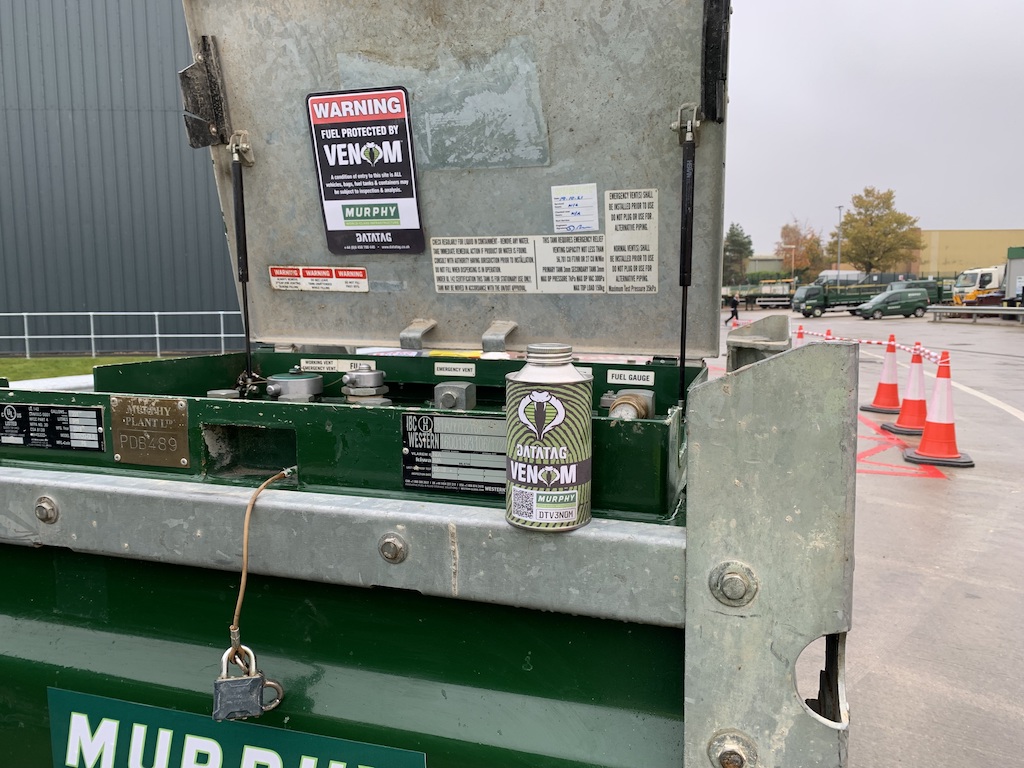 Fuel theft
Until now it is the view of many in the industry that red diesel has operated as a deterrent against fuel theft but, with the end of the rebate in April 2022, and the inevitable turn to white diesel instead, that’s about to change. Murphy Group has over 160 sites where fuel is present and for Seumus Ascott of J Murphy & Sons this represents a potential problem. “You might think that securing the cap would be an adequate security measure, but these guys can be quite brutal, and have even been known to ram the tank with whatever they can find, including scaffold poles, in order to access the contents. That has obvious implications in terms of downtime and costs of repair, as well as the clean-up of any fuel spillages. It’s often not feasible to remove plant to secure compounds, and if we did it would have an impact on productivity, not to mention the environmental toll of unnecessary transportation.”

One potential answer is Datatag Venom, a traceable marker that can be added to fuel at the point of delivery to site. Like red diesel the fuel itself is then dyed but, more importantly, it also provides forensic DNA technology that’s unique to a particular end user, be that a contractor or plant hirer. Signage on bowsers and machines would that make it clear that the fuel is traceable. In addition, the contractor could then stipulate that an agreement to have fuel tanks tested is a condition of entry onto site – or of employment – which would equally deter potential thieving from employees.

“Putting a marker that’s traceable back to your business is certainly something we’re looking at”, continues Seumus, “and ultimately it’s something we’d like our fuel supplier to take ownership of themselves.” In fact, Datatag itself reports that it has been inundated with enquiries from fleet owners ahead of the April tax changes.

Layers of security
Whether it’s the theft of fuel, mini diggers, or any other class of machinery effectively combating the threat demands the sharing of intelligence, often between erstwhile competitors, and that’s something that one hirer is keen to contribute towards. “Most of the theft we experience is from our yards and the split of incidents is around 80 per cent when stored outside, or 20 per cent from forced entry into secure storage,” explains Gap Group’s Iain Anderson. “Micro diggers and dumpers are the favoured target because they can be spirited away in the back of Transit, and these are always locked away. We’ve invested in lighting and CCTV, which has some limited deterrent function, as well as physical security measures like high palisade fencing reinforced with concrete at the base.

“Inside the building, we’ve created a safe area for equipment such as Total Stations that could be worth in excess of £10,000. The perpetrators typically want to be out as quickly as possible so our tactic is to create compounds within the depot that will effectively slow them down.”

Whilst physical deterrents might be the first line of defence Gap Group has also adopted more sophisticated solutions, as Ian reveals: “We fit the latest tracking devices to all driven equipment, including rollers, dumpers and minis, and our success rate in getting this equipment back is very good. The challenge with some classes of plant is where you put the trackers, but we’ve also found quite clever ways of adding them to our kit.”

Fradulent hire
As the industry knows all too well, when the clocks change it’s a wakeup call for the criminal fraternity, but vigilance should be a 24/7 activity. One crime which is carried out in broad daylight is fraudulent hire, and its exponents are becoming increasingly brazen, as Chris Piggott of the National Vehicle Crime Intelligence Service (NAVCIS) explains: “We’ve had instance of criminals phoning hirers from cloned phoned numbers in order to be recognised as a legitimate company. Similarly, simple internet searches can reveal the details of genuine employees, which can then be utilised illicitly. In our experience background checks in the rental sector can often be overlooked, simply because there’s a rush to secure the business, but overlooking due diligence can be prove costly. Given that the victim themselves can be unaware for some time that the machinery has actually been taken unlawfully, vital early reporting can impeded.” 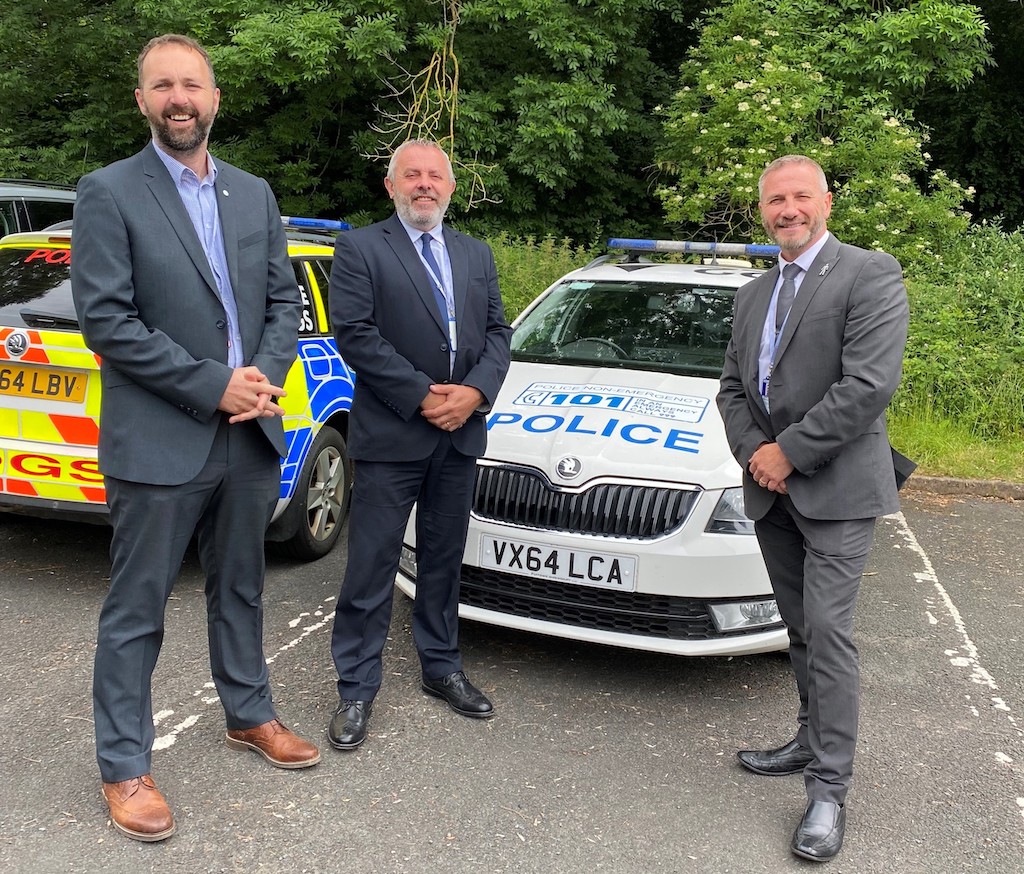 Scott Jeffreys, of the Agricultural and Construction Equipment (ACE) unit, is one of the plant specialists in the police force, providing vital intel to their colleagues and industry on what’s being stolen and how. Scott explains the importance of ACE intelligence in disrupting criminal networks. “Plant theft is a cross border activity, and in an age of globalisation machines can often be very quickly transported around the world. Indeed, once international travel restrictions were relaxed post-Covid, the police have reported an increase in the theft of machines.”

Any theft should be communicated as quickly as possible, with the serial and fleet number, make, model, colour, and any other identifying details provided to the police, whilst hirers should be ensuring that their customers have all of that detail to hand. The ACE team can then relate the information to the European-wide Secure Information Exchange Network Application (SIENA) database, which will inform multiple law enforcement agencies across the continent. Moreover, machinery is frequently stolen in order to undertake a further crime, which can often be of a violent nature. Pieces of stolen plant can be used to ram raid ATM machines, for instance, which makes early reporting essential in order to break that cascading chain of criminality.

Commerical vehicle attacks
Van break-ins are the scourge of tradespeople across the country and many companies are now advising their staff when working from home to not park their vehicles at the hotel. Given that a construction worker is highly unlikely to empty their tools into their room a thief can be confident there is a cache of items available, and commercial vehicles parked in hotels are frequently targeted as a consequence. 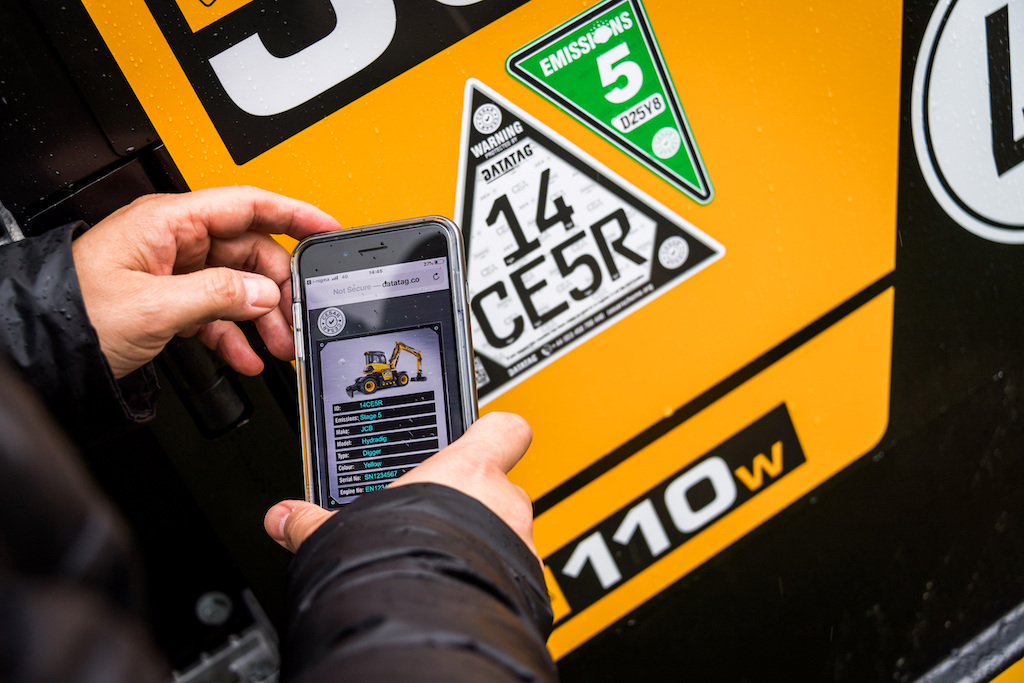 CESAR and Micro CESAR
The UK still suffers from between £1 – £1 ½ million pounds worth of theft every single week, but initiatives like the Construction Equipment Security and Registration (CESAR) scheme, have made massive strides in tackling the issue. Today, the tamper-evident CESAR triangle, which provides a unique number for that machine – and features Datadot, Datatag Forensic DNA and Tranponder Glass Tag technology – is now a familiar sight. There are now over ½ a million machines protected by CESAR, and that’s now been joined by Emissions Compliance Verification ECV. Here, a colour coded label identifies the engine stage of the machine, whilst a QR code is a gateway to more detailed information. In an age of ultra-low emission zones, and increasingly stringent environmental compliance, it represents a very useful tool in demonstrating that machines are the right engine stage for any given location or project.

Micro CESAR is a further evolution of the concept, catering for smaller tools such as cut off saws or compressors. The original CESAR technology has been deployed to protect items whose portability makes them easily purloined, but there is also an added layer of functionality. The Datatag team has been working to introduce asset management to the Micro CESAR system, for example, and that’s been achieved through a system they’ve christened as KIST – an old Scottish word for a container for something valuable. This enables paperless management of equipment via a mobile phone, where details such as safety and service checks, hire status, and even user manuals, can all be accessed, whilst auditing can also be undertaken. Operators and owners can see exactly where their tools are with real time checks.

Whilst there is a value attached to the machinery – and a market for its disposal – plant theft will remain a lucrative source of income for the unscrupulous in our society. Indeed, the current supply chain issues, and extended lead times on the delivery of new equipment, is likely to make units acquired by nefarious means more tempting for those not inclined to delve to deeply into its provenance. As hirers and contractors will know all too well this is not a victimless crime; it can have a real impact on a company’s ability to operate, or even trade. Criminals are quick to identify and exploit points of weakness, and that means owners and fleet managers need to constantly review their security. In addition, communication is king and sharing information and intelligence with peers and competitors will forewarn and forearm. 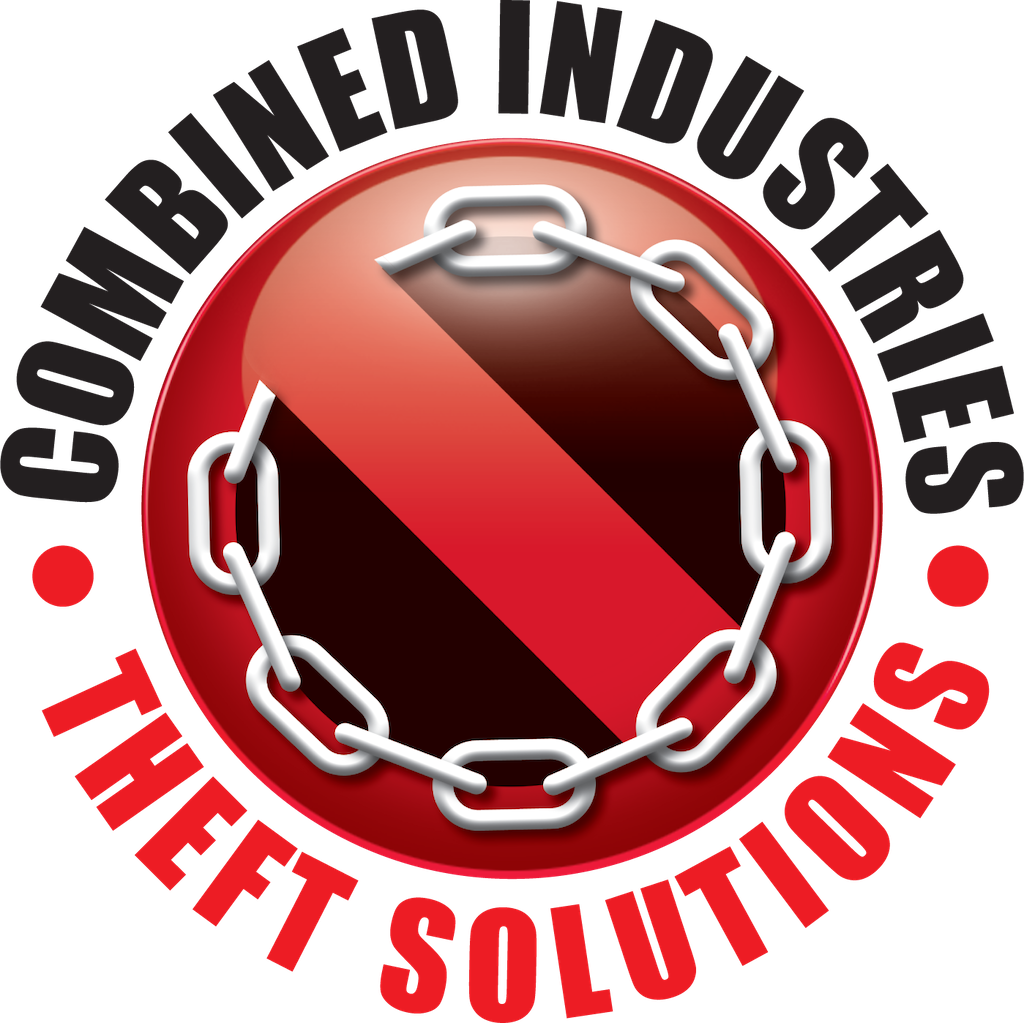 The Combined Industries Theft Solutions forum (CITS) is a ‘not for profit’ organisation for the Construction and Agricultural industries. Its purpose is to reduce the effects of crime by understanding the latest criminal trends, by forging partnerships with the Home Office, Police and other interested businesses, creating prevention strategies, designing out the crime, and promoting best practice across the UK. New business partners are invited to join CITS Partnership to encourage new innovations and help protect the communities in their sector.