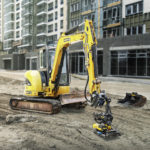 The benefits of quick hitches are now well known, with the speed and safety of changing attachments from the driver’s seat improving productivity and encouraging the operator to utilise the right tool for the job. Until recently, however, the smallest machines were excluded from enjoying that convenience – but that is all set to change.

In an entirely new development for the manufacturer, the Engcon S40 fully automatic machine hitch is now suitable for excavators from 2 – 6tonnes. That means that landscapers, for example, or operators on smaller residential jobs can change tools without stepping out of the cab. 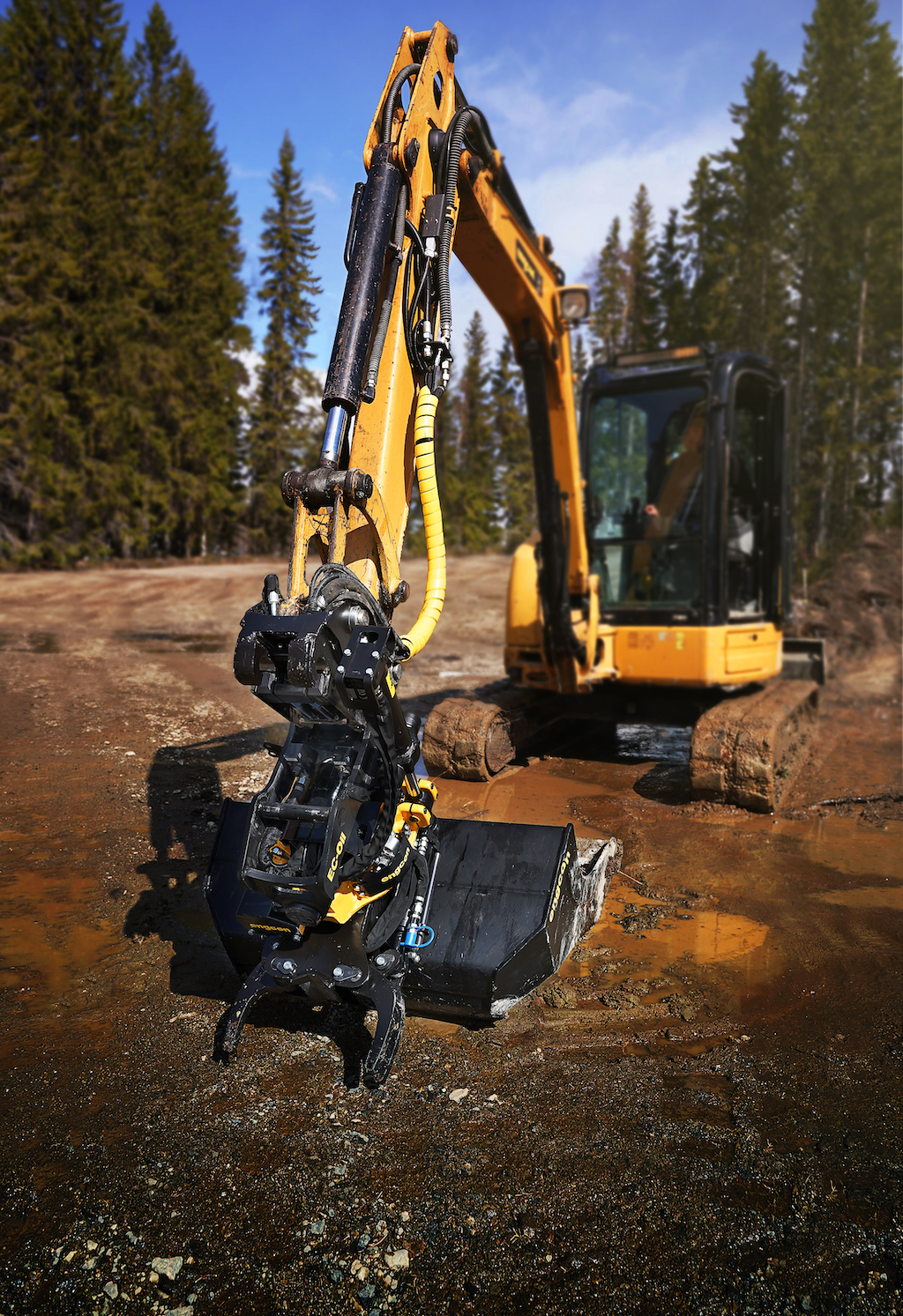 The opportunity for accidents does, of course, increase exponentially outside the protection of the machine but, as far as safety advances are concerned, Engcon hasn’t stopped there. The S40 also includes a check valve which, whenever hydraulic pressure is lost, or the integrity of a hose is compromised, will prevent the cylinder from opening. In addition, two sensors monitor the position of the attachment within the quick hitch and, if it moves, an alarm is sounded both inside and outside the excavator. In the unlikely even of the above systems failing there is also a separate latch to prevent the attachment falling out, combining both electrical and mechanical safeguards.

The S40 is compatible with the manufacturers full range of buckets and tools but can also work with the EC206 tiltrotator. The latter has now been updated for machines in the 4 – 6 tonne weight class with a new tilt top that is adapted for the same company’s automatic quick hitch system. This means that the driver can also attach and detach the tiltrotator without leaving the cab. If, for example, mass excavation is required the tiltrotator can be removed in favour of a bucket, but when more intricate grading becomes the order of the day then it can be re-attached in a matter of seconds.

Like Engcon’s larger tiltrotators, ground pressure is required to be able to open the bucket lock under the tiltrotator on the new S40 hitch. EC-Oil automatic connection of hydraulic, electrical and central lubrication is included as standard when purchasing a machine hitch, tiltrotator and Engcon’s control system. As an option, it is also possible to connect the ground pressure function on the machine hitch and a locking function, which means that the machine’s swing function is blocked if the tool is connected incorrectly.

Tiltrotators add significant level of functionality to an excavator and allow end users to get the job done quicker and move onto the next. The benefits of not having to reposition a machine, particularly in confined spaces, the consequent reduction in wear and tear – and fuel burn – are all now open to smaller machines, and should be a particular boon to SME owner/operators.