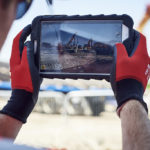 An important part of a site engineer’s job is accurately recording the what, when, how and why of events on site. This is not just vital for the efficient daily management of site activities, it also provides a vital historic record in the case of any disputes that might arise.

Traditional methods of recording such information are time consuming and prone to error and are hard to correlate with other sources of evidence – particularly electronic evidence such as photographs.

For this reason a number of years ago the contractor (along with COMIT) was involved in an EU funded project that looked at how to develop cloud-based mobile data management solutions for a number of different scenarios.

Known as Mobicloud one of the scenarios the project considered was the collection of data on site by engineers. With the help of Costain this lead to the development of a mobile application called Site Diary that addressed a number of the issues.

In 2016 Script & Go acquired the early form of Site Diary and set about making it a more marketable product. They have improved its functionality and made it significantly more user-friendly. The current version of Site Diary is a mature, reliable solution for the electronic capture of contemporaneous records on a construction site. 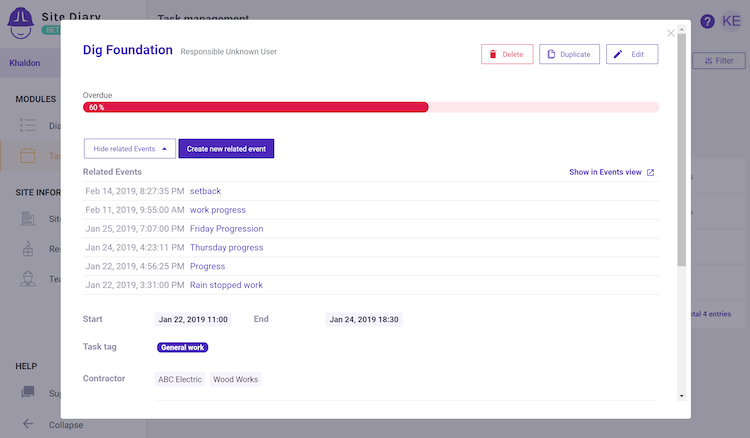 The aim of Site Diary was to allow engineers to record most of what they needed for their site diaries electronically, on site, at the time and location of the relevant events by using a tablet or mobile phone. Where for practical reasons not all details could be recorded, the record could then be augmented when back in the office – either by using the phone or tablet or via a web application on a PC.

Importantly, all of the information relating to the diary entries is stored in the same place – in a secure cloud-based repository. Photographs, for example, can be taken with the mobile device itself and linked explicitly with the appropriate record.

This delivers another major benefit – a clear electronic audit trail that can authenticate whether records were made contemporaneously or not. When and where each entry was made is an intrinsic part of the electronic record and is highly immune to tampering. Where GPS coverage is available records can be located to within a few metres.

Where network coverage is available – either 3G, 4G or a local wireless network – then information is recorded and uploaded to the cloud in close to real time. Where network coverage is unavailable then the entries are stored locally and uploaded as soon as a connection is available. This allows the system to be used underground and in other poor reception areas and even deliberately off-line when operating in hazardous areas where intrinsically safe devices with no radio capability are required. 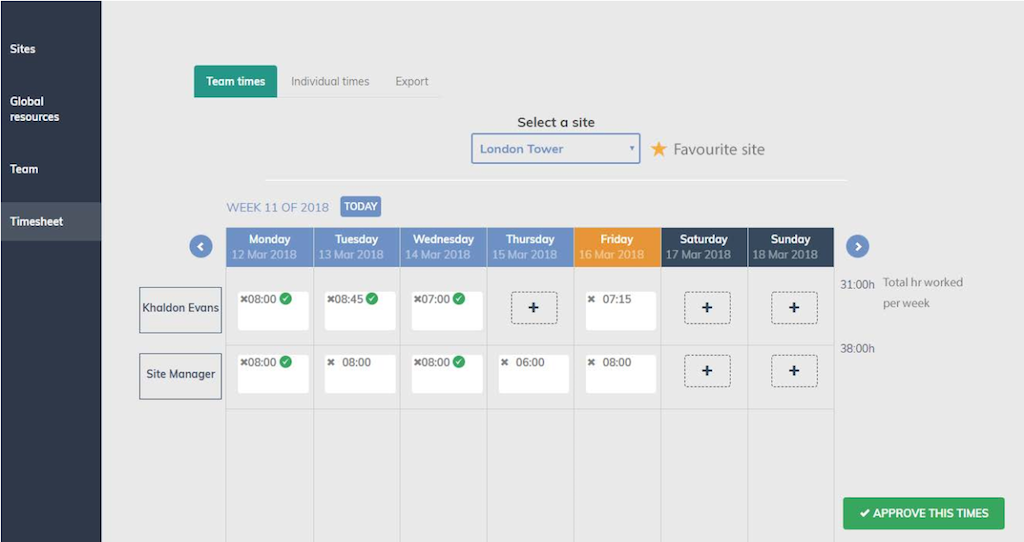 Information from other online sources can also be incorporated into the records. For example, the prevailing weather conditions are automatically linked to each entry courtesy of the Met Office online services. Engineers can also access entries that have been recorded by other engineers on the site.

In addition to the basic need for recording diary entries Site Diary also includes basic site management functions – such as the ability to record/track the plant and labour in use on site.

These functions have been enhanced by Script & Go beyond those initially developed by the MobiCloud. They now include a timesheet facility and the ability to record additional detail against each report in the form of a “tag” that can be used for health and safety and other process tracking.

An engineer using the Site Diary application typically carries a tablet computer with him at all times. It is used for referencing information, making brief or detailed notes and for taking photographs of issues, progress and site activity. In particular it is used for recording sub-contractor activity and the duration and cause of any delays.

The original Site Diary was used on Apple devices, but the preferred operating system now is Android. Although Site Diary can be (and sometimes is) used on a mobile phone, engineers usually prefer the larger screen of a tablet computer. Various sized devices have been used but those which are small enough to fit into the large trouser pocket of standard PPE (about A5 size) are the most popular.

The records on Site Diary can also be accessed via a Web Application from a PC. However, most engineers prefer working directly on the tablet computer (even when in the office) with the Web App more often used by managers for administering the system – for adding users, for example.

The Web Application is also sometimes used by managers and by engineers to download data into excel format. This is most commonly done to print the records out for use in meetings. Otherwise there is no paper involved in the process. 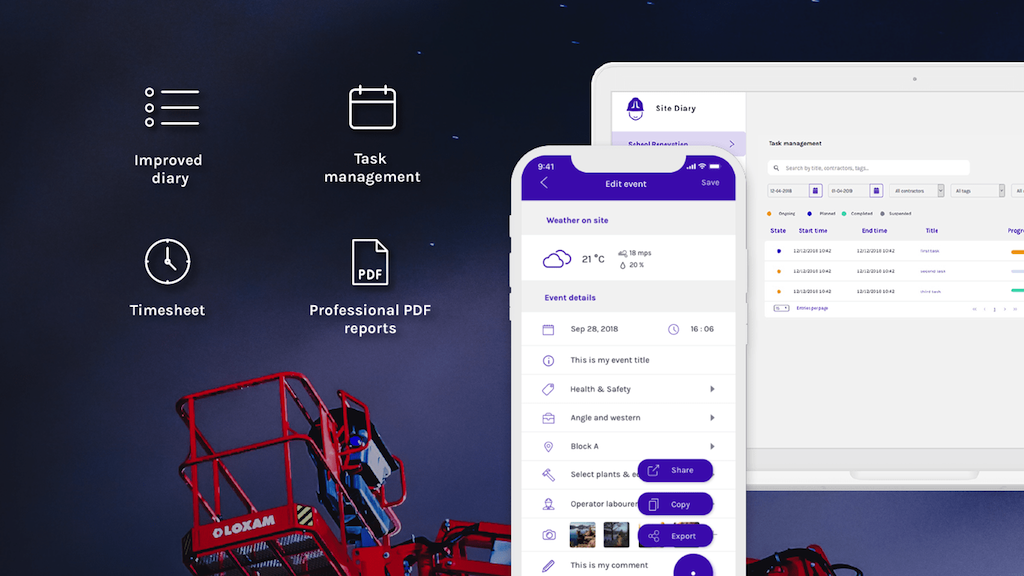 0 0 0 0
Previous : The potential for 5G in construction
Next : Conway tackles the problem of quiet electric fleets