With more than 200 GKD system installs to its name and counting, Road Rail Plant is well placed to communicate the benefits of the company’s technology, and it is an appreciation shared by some of the biggest names in plant hire and construction. With the exacting standards of the likes of L Lynch, A-Plant and Flannery already satisfied, as well as leading contractors, Balfour Beatty and Charles Wilson, the plant engineering and maintenance provider is seeing considerable demand for its services across rail, civils and beyond.

Today, the Kent-based firm is in the enviable position of clients approaching them for their safety requirements. “Many of our customers will only ever specify GKD systems because of past experience,” declares founder and managing director, Ross Hewer. “RCI’s are compulsory on rail and GKD have held the majority market share in that sector for some time now. We are receiving calls on a weekly basis from customers who now require limiters, especially due to the increase in safety requirements while working roadside or line side. Also, if you are carrying out lifting duties with an excavator, an RCI is an absolute necessity to prevent overloading and the possibility of tipping the machine over.” 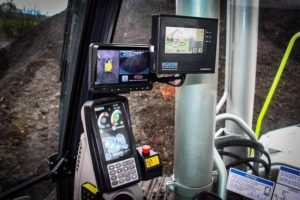 Launched in 2017, Road Rail Plant offers a nationwide install service, which includes GKD Technologies, for civils and rail applications. Thanks to his time served as a rail plant fitter and RCI Engineer for Keltbray Rail, Ross is already well versed in the benefits of these safety systems. “At Keltbray, I was deployed to GKD on several occasions for training on the company’s 3RCI rail safety system for diagnosis, maintenance, and installation. It was my responsibility to maintain the RCI’s on a fleet of RRV’s, which were predominantly GKD systems.”

Following the start-up of Road Rail Plant, GKD Technologies approached the company to assist with installations, call outs and maintenance on civil plant machinery – initially for the 2RCi, which can provide load, height and slew control, and latterly the latest Height & Slew system from GKD – Sensorsafe.

Road Rail Plant currently installs the complete GKD range for the civil market, from the 1HLI height limiter to the full 2RCI system, which includes a ‘multi-point virtual wall’ functionality. RRP is also currently undergoing expansion, as Ross explained: “Later this year we will also have the facilities at our main depot to install, set up and tip test the full range of 3RCI systems, specifically for rail. We have also recently employed and subcontracted a total of 12 engineers to step into the rail overhaul and upgrade market.”

“In the civils market, we are seeing more and more job sites that are making slew and/or height limiters compulsory,” continued Ross. “Some have requirements for a ‘purple beacon’ to flash when limits are set, and some have a full RCI limiter specification of their own.”

One size does not fit all! 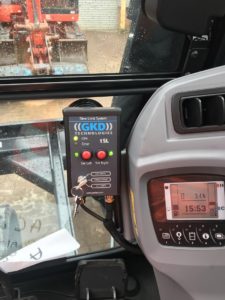 category of a standard excavator or wheeled loader. Ross explained: “We have recently installed a ‘bespoke’ system on a suction excavator, belonging to Force One. The company was one of the first fleet operators to introduce a suction/vacuum excavation services within the UK and have established a reputation for innovation across its fleet and services offered.”

Ross continued: “This type of limiter had never been used for this purpose before, and it had to be the GKD 2RCI as this system, as standard, can handle four separate boom angle sensors, which were required for the four moving booms of the suction excavator arm.

We mounted the touchscreen controller in a metal weatherproof box at the rear of the truck for ease of use, while mounting the module/motion cut box closer to the main control panel of the suction excavator system at the front. We managed to use an angle encoder to monitor the left and right motion of the arm, and the rest came down to integrating with the electronics of the suction excavator itself.

We found a way to safely cut the remote-control signal to each valve on the suction arm and once calibrated this allowed the system to have not only height and slew limitations, but a full ‘virtual wall’ capability. This means that you can physically set out a 360-degree pattern around and above the machine, and no part of the arm will venture outside of those lines. We also installed the Road Rail Plant ZoneLight system on Force One’s suction excavator arm, along with an illuminated chevron panel supplied by InSpace Media. For this project, I would like to give special thanks to Sean Layton for all his help and assistance.”

Declan Burke of Force One outlines the benefits to his company: “Fitting these two systems allows Force One to further build on our service offering to our customers proving enhanced safety options. Both will improve the flexibility of where our machines can be utilised.” 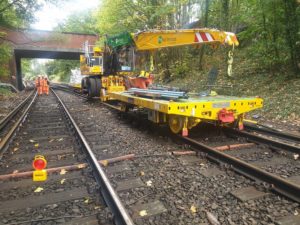 The Road Rail Plant team has also installed GKD 1SL slew limiters and 1SL height limiters on a Hiab truck to create a height and slew system – proving that these systems really are flexible with the vision and capabilities of a talented team of engineers!

Ross concluded: “The natural growth of Road Rail Plant from a start-up business in 2017 to where we are today has been helped considerably by offering GKD products and support. We also pride ourselves in being able to offer ‘bespoke’ GKD product applications and thinking ‘outside the box’ creating safety solutions for non-standard machinery.”

0 0 0 0
Previous : Milestone for JCB’s ‘Food for our Communities’
Next : MX FUEL Demolition Hammer from Milwaukee Tool