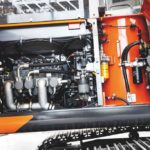 Equipment manufacturers have been driven to produce machines capable of less fuel consumption largely to help contractors be more profitable in their activities, and to reduce their environmental impact.

While some manufacturers have responded to the need for lower fuel consumption by reducing the engine output of their machines, Hitachi has taken a different approach with its unique TRIAS hydraulic system. The aim was to ensure that its equipment could do as much as possible with as little fuel as possible.

An evolution in innovation
Hitachi originally developed the TRIAS system for its Zaxis-5 medium excavators in 2011. The name ‘TRIAS’ refers to the three-pump hydraulic system that replaced the previous two-pump system for this size of excavator. 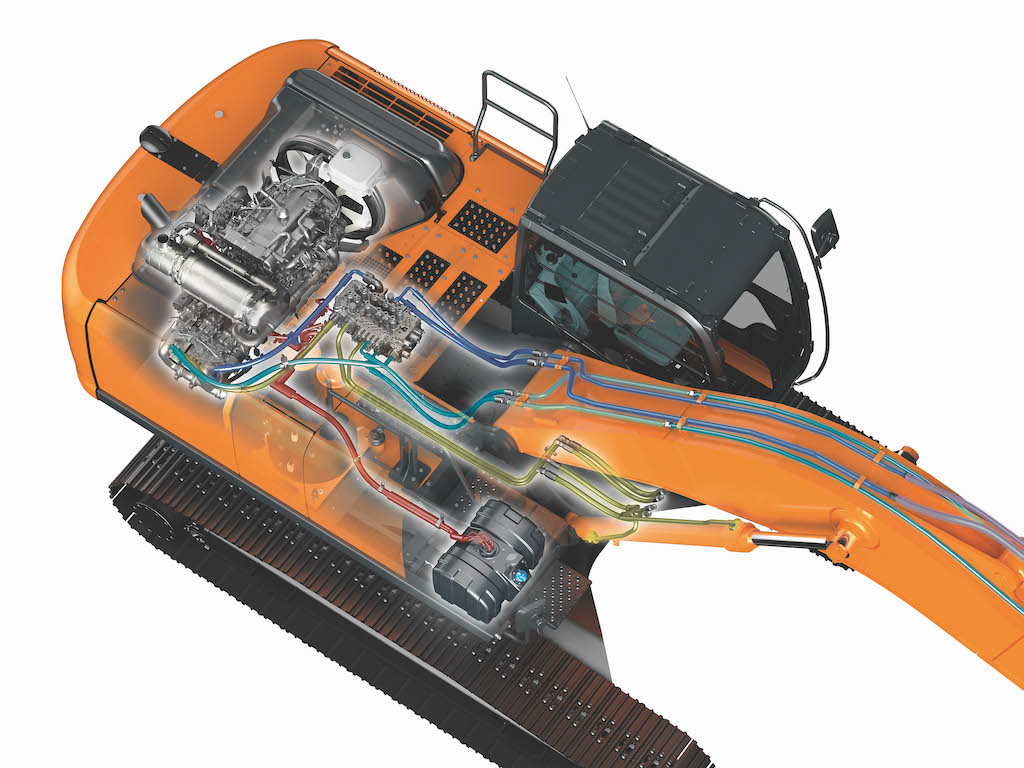 Five years later, TRIAS III was unveiled with the arrival of the Zaxis-7 range. This system benefits from further fine-tuning of the control valve spools and new features resulting in even less hydraulic losses, greater efficiency and controllability.

One such feature is the pump 3 minimum angle fix control. If the pump pressure becomes high during digging, pump 3 is fixed to a no-load/minimum flow rate and pumps 1 and 2 are used at high pressure and maximum flow rate. This improves pump efficiency by 2%, reducing fuel consumption.

Further enhancing profitability
The evolution of the TRIAS system has achieved impressive fuel consumption reductions. The initial TRIAS I and subsequent II and III versions have delivered a total reduction of 26% in the 25-tonne excavator class. This has resulted in significant TCO savings and vital emission reductions to comply with stringent environmental regulations.

In addition, the TRIAS system ensures an efficient swing operation and an exceptionally fast front attachment speed. This, coupled with high levels of control and precision, contributes to excellent productivity and further enhances profitability.

Close to the market
Hitachi’s approach with TRIAS, namely to preserve the power of the machine and ensure that as much as possible can be done using as little fuel as possible, is more important now than ever with the optimum use of resources under the spotlight.

To ensure consistently high levels of performance, Hitachi has also worked closely with its Nordic dealers over several years to further enhance the TRIAS system so that it meets the needs of customers.

Efficiency and environmental concerns will only increase in the future, and while zero-emission electric equipment is still in the early stages of development, exceptionally fuel-efficient machines will bridge the gap.