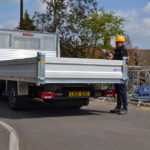 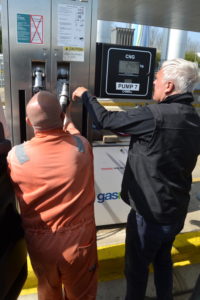 Is gas a natural ‘load-bed’ fellow for a tipper or would you prefer to cut it in a crew cab? Construction Plant News takes a Daily constitutional.

With all the current hype surrounding electric vehicles, it’s easy to overlook the fact that there are also some other very credible unconventional fuel alternatives available to users of light commercial vehicles looking to do their bit for both the environment and their wallets. One of these is CNG, or compressed natural gas, which, we have to admit, is something of a first for us in terms of driving experience.

Apparently, it’s the same gas that’s supplied to homes across the country for use in cooking and heating – but in this application it’s stored in a highly compressed form to make it suitable for use as a vehicle fuel. For a number of reasons, it’s never really taken off in this country, but enjoys some success on the continent, where it neatly sidesteps regulations limiting polluting vehicles from city centres. And, as the Government pursues an ever more stringent green agenda, it could certainly do the same here. It’s claimed to offer up to a 35 per cent saving on similar diesel-powered units, although ranges are down on those now being achieved by the very latest electric van incarnations.

As a company Iveco have always done things a little differently and decided a while back to fully embrace a CNG option across their entire truck range. They are currently the only manufacturer to offer this solution on a factory-produced van in the shape of the Daily. A significantly higher initial purchase price, and limited refuelling availability, mean that it is likely to remain a niche market in this country for the foreseeable future, but it is interesting to see how natural alternatives to diesel and electric can be harnessed to produce a very efficient and comfortable driving performance.

The rear-wheel-drive chassis means the front wheels can turn to impressive angles and makes for a class leading turning circle, which again is a positive moving around congested town centres. In addition, the well-appointed interior cab space and driver assistance tech which is commonly available across the Daily range is equally in evidence in this CNG model.

In fact, apart from the series of cylinders located under the cab and load-bed it would be impossible to distinguish our test vehicle from a conventional Daily equipped with a Britt Tipp built load box, which adds a little over £7,000 to the purchase price of around £42,000 for our MY19 Blue power CNG. The 3litre CGN engine, which offers 136hp and 350Nm of torque, feels highly refined as you would expect, quiet and smooth, aided by an impressive Hi-Matic automatic gearbox. 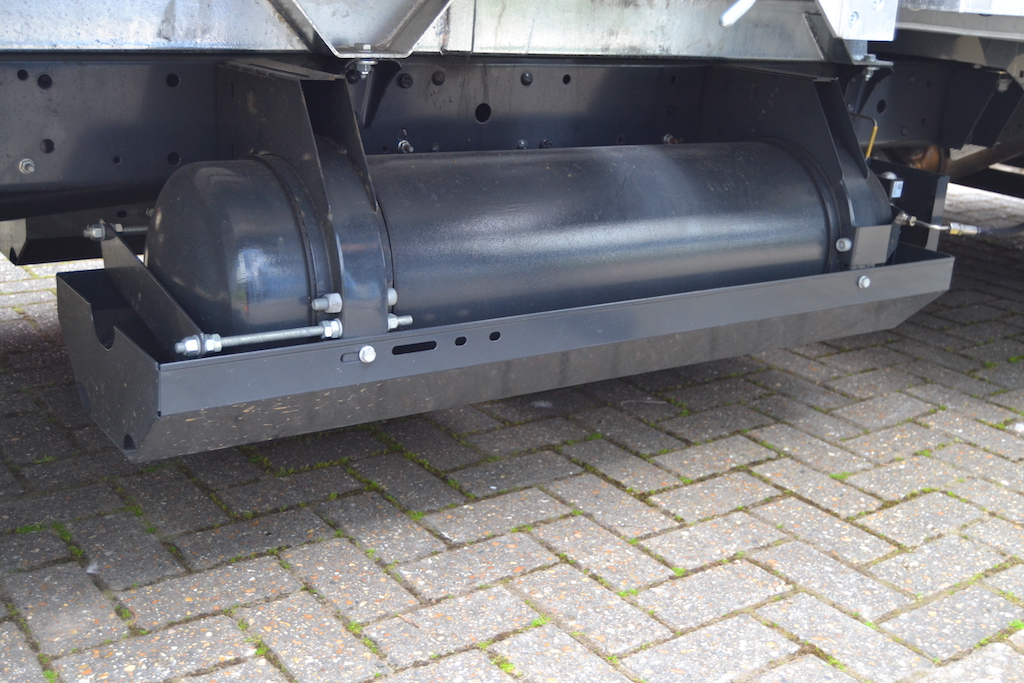 Gas is a Daily option all the way up to a 7.2tonne gross vehicle weight vans and payloads are unchanged, which is another advantage over its electric counterparts. As, indeed, is the refuelling which, once the obvious disparities and different safety procedures at the pump have been explained, can be achieved in minutes as opposed to many charging hours off the road. Medium wheelbases carry 194 litres of gas, which gives a range of just over 140 miles and all vans under the 7-tonne mark can also be equipped with a 14-litre petrol engine giving a further 60 miles for emergencies.

Fortunately, we didn’t need to make that switch, our carefully planned test drive taking us north up the M1 to Daventry and one of a dozen natural gas refuelling stations located – one has to say sparsely – across the UK, although we understand plans are well advanced to open up a significant number of other stations within the next few years. It was interesting to note a number of heavy trucks alongside us in the bays with the big fleet operators increasingly becoming aware of its appeal. So, in summary, while this natural fuel alternative is certainly up and running, it is clearly someway off before it can be truthfully said to be fully cooking on gas!

It’s a gas
CNG is primarily a fossil fuel but is also obtained as a side-product from biomethane-gas collected from old landfills and refuse sites. Running a vehicle on the latter can achieve near zero C02 emissions, although the natural product will still achieve far lower emissions than a diesel equivalent with nitrogen oxides and particulates especially reduced. 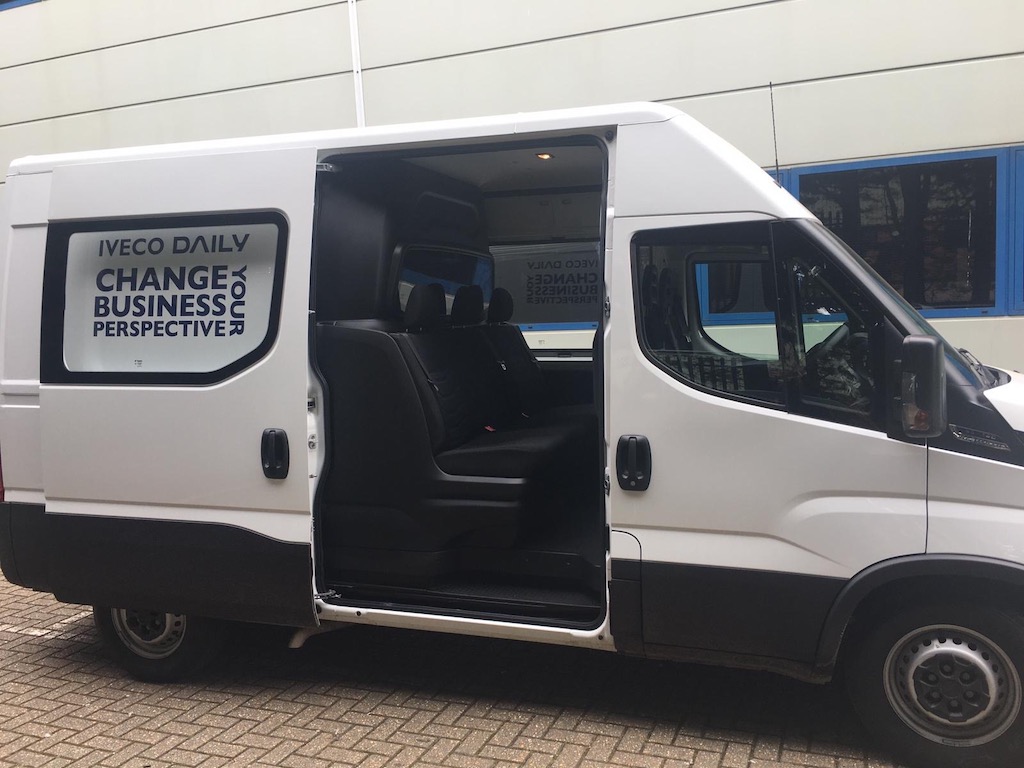 The crew can cut it
With space for six burly builders within the well upholstered Daily crew van, natural gas is possibly the last thing you need an abundance of in this conventional diesel powered 2.3litre, 3.5GVW offering. Social distancing has clearly taken its toll on this mode of transport far more than most. However, as things return to some semblance of normality men and machines are back on the move again, the Snoeks Crew Cab is a perfect compromise between that need for delivering support workers to site and some useful load capacity, which just tops 1,000kg. There is also an option to choose between a three- or four-seater bench, with plenty of leg and elbow room, and multiple storage compartments. There’s a choice of four wheelbases and a twin wheel configuration and sliding side doors. Our Automatic Hi-Matic test vehicle came with a host of extras, which bumps the price up to around £41,000 which may sound a lot but is actually a very competitive way of getting workers and materials to site in some comfort, ready for the rigours of the day’s toil.

In a world of me-too conformity, Iveco have a long tradition of daring to be different, and that philosophy has led to the evolution of a range of commercial vehicles which can accommodate just about any kind of business profile you could imagine. There’s a mind-boggling array of configurations which can actually be built around that uniquely sturdy truck like chassis platform and high-performance engines and, whilst there will always be clearly cheaper options on the market, a ‘Daily’ dose of Iveco could be just the shot in the arm your business needs right now.