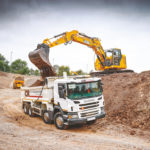 Minimum swing, but maximum space – that’s the promise for a new development in the JCB X Series range.

The world’s Governments might disagree on many things but when it comes to the importance of infrastructure investment as an economic stimulus there is broad consensus. The need is indeed pressing with the McKinsey Global Institute projecting that the world would already be required to invest an eye-watering $3.3 trillion on an annual basis in order to mitigate previous neglect. That was the rationale behind the launch of the X Series range of excavators in 2018 – machines specifically targeted at the infrastructure sector in all its many guises, from roads and railways to housing, water management and broadband.

Covid-19 has, of course, changed everything and that same organisation now calculates that an already remarkable number actually needs to be increased to $3.7 trillion. As a direct result of the pandemic, and in order to drive the recovery, fiscal spending stimulus packages have been introduced around the world – and to be successful the construction industry needs the tools to finish the job.

“We obsessed over every detail of productivity, strength, durability, comfort, serviceability, ease of use, reliability, and efficiency,” declares JCB’s Chief Innovation and Growth Officer, when he reflects on the initial introduction of the first X series machines. Following four years of meticulous development, and £110 million in JCB investment, the first two excavators in what would become a family of products were the 20-tonne 210X and 22-tonne 220X. Both were initially equipped with Stage IV compliant JCB EcoMAX 448 engines, and these have since been replaced with Stage V Dieselmax 448 powertrains, delivering the same 129kW of power and a torque of 690Nm 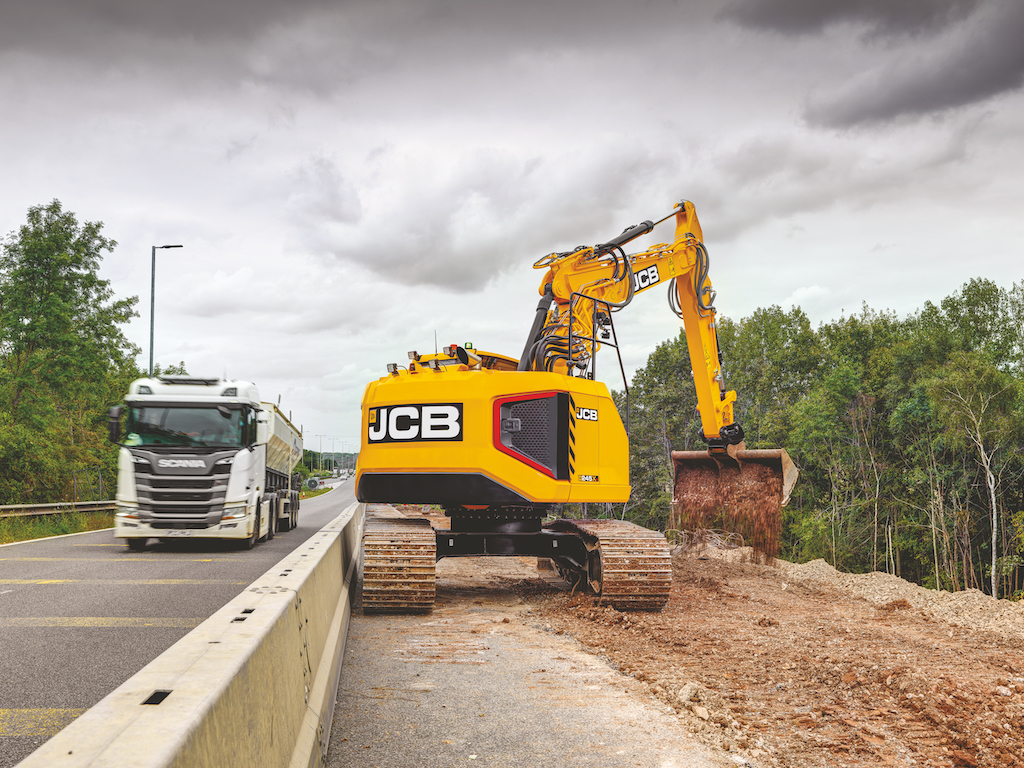 The machine of choice for groundworkers has always been the 13-16 tonne machine and that led in 2019 to the introduction of the 131X, 140X, and 150X models, units with the inherent versatility to dig footings, grade gravel and hardcore and landscape a site across the lifetime of a project. The 131X is equipped with a Stage V, JCB Dieselmax 430 3litre power unit, delivering 55kW of power but with no requirement for AdBlue, a distinct advantage in the rental sector. The 14-tonne 140X and the 15-tonne 150X now feature the Dieselmax 448 at Stage V, delivering the same power of 81kW on the Stage IV EcoMAX, but with 516Nm of torque.

Those five X Series models are now established in the marketplace, but with operators increasingly being asked to work in more compact urban environments it has become apparent that there’s been something hitherto missing from the range. That’s a gap that’s now been neatly filled by the introduction of JCB’s Stage V 245XR reduced tail swing machine.

Crucially, the design does not compromise on available space for the driver, with the same Command Plus cab that’s in evidence across the range. The largest cab in the sector, a generous 1m width and internal volume of 2.86m3 is complemented by low noise levels, enhanced visibility and a 7in. multi-function screen. There is, in fact, much in common with the existing 220X model but where it departs most dramatically from its sibling in the range is a 1,720mm tail swing, which represents an impressive 40 per cent reduction. 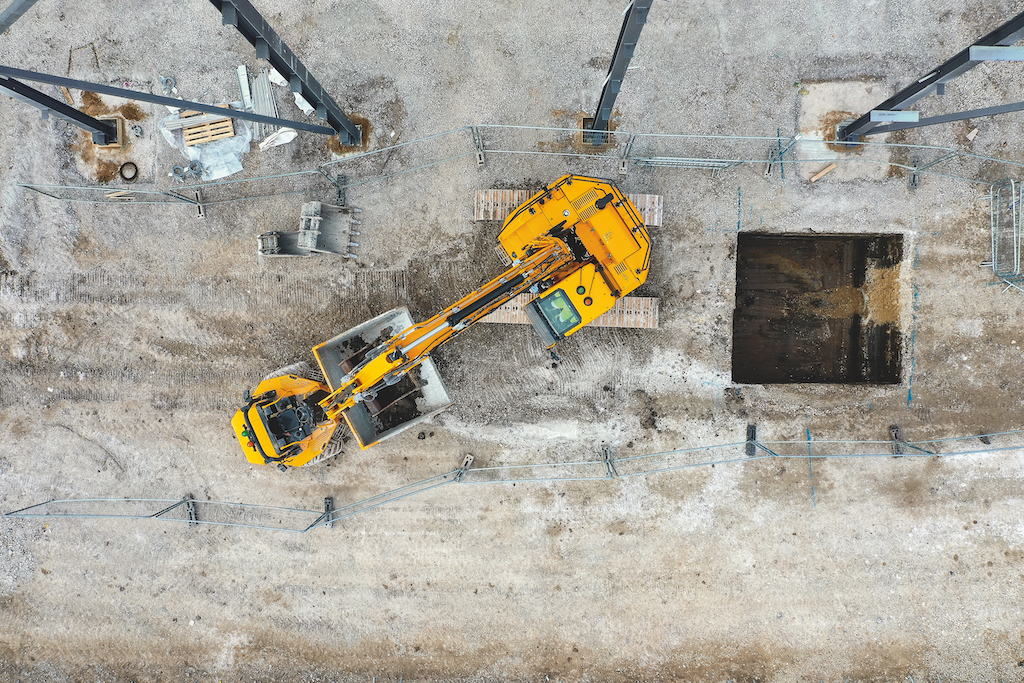 Strength, durability and reduced weight are all achieved with a boom that features a single-piece top and bottom rapper plate that will equally maximise excavating and lifting performance. There’s a choice of mono boom or triple articulated boom (TAB), and dipper arms of 2.4 or 3.0m, with a maximum digging reach with the mono boom specified unit of 9,952mm, and a digging depth of 6,627mm, figures which are impressive on a reduced tail swing design, whilst there’s also the added versatility of an optional dozer blade.

The aforementioned 4.8litre, 448 Dieselmax engine provides 129kW of power and 690Nm of torque and features a Selective Catalytic Reduction (SCR) filter that combines DPF and DOC without the need for exhaust gas recirculation. Further fuel efficiencies are accrued by auto stop and auto idle with up to 5 per cent reductions on fuel usage possible when compared to its Stage IV predecessor.

Nor has driver comfort and safety been neglected either, with a wide range of seating choices, including a super deluxe option with heating and cooling, and electric lumbar support. At Stage V on the 245XR climate control, air con, a Bluetooth radio, and front, rear and right-hand side blinds are all standard features, whilst safety is improved with rear and side view cameras. Large accessible service doors open up to air and hydraulic filters with a life of 2,000 hours, with engine oil change intervals set at 500 hours, and fewer daily checks and extended service intervals overall. 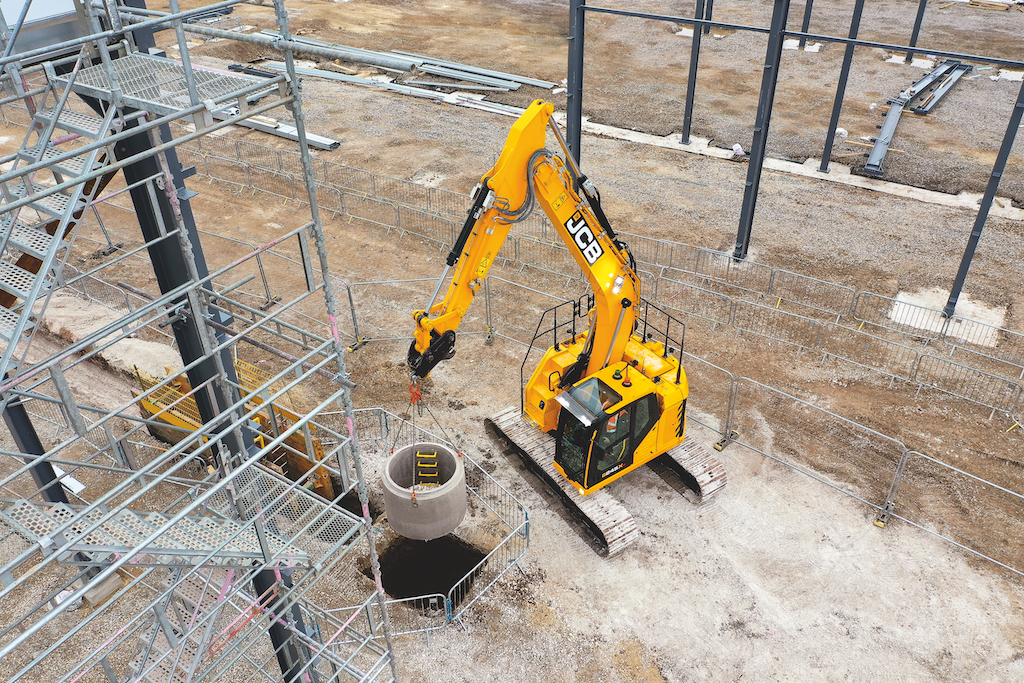 The 245XR weighs more than two tonnes more than its 220X sister machine and that is supported by heavier duty components, including a 24-26tonne rated turntable, and a 46tonne swing motor providing power when you need it on slopes. Furthermore, the unit has been engineered with an extra two tonnes of counterweight, a heavy-duty undercarriage, and track plates for added durability and longevity. There’s common pick up for buckets and attachments on the 220X, as well as on the JS 20-tonne range, and all X Series machines, including the 245XR, are 2D and 3D machine control ready.

Whether it’s operating alongside live carriageways on highways work, or against a wall or steel frame in a congested inner-city site, there has been a shift towards reduced tail swing in recent years, and with projects becoming ever more compact in their dimensions that’s a trend that is set to continue. The JCB 245XR will enter the increasing competitive 22-26 tonne reduced swinging market, and there will no doubt be more X factor to come as the range continues to expand.