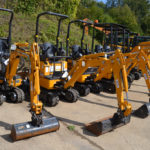 Construction Plant News profiles the progress of Japanese company Kato on these shores.

Japanese engineering has been synonymous with quality for many decades, and the Kato range of equipment has been quietly developing just that reputation in the UK. “We’ve made very specific inroads into certain markets in recent years,” explains Sam Edwards, KCM (U.K) Director. “In particular, owner operators, landscapers and groundworkers appreciate the customer service-driven approach we have adopted. We now have a demo fleet of more than fifty units and spending time with our clients to find out what solution suits their business is very important to us.” In that context, a five year warranty as standard across its range of mini excavators, tracked dumpers and skid steer loaders should be further reassurance for the end user. 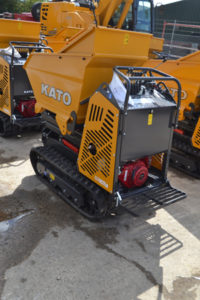 KCM’s Hampshire base has seen substantial recent expansion, and is now capable of holding over £2.2million worth of stock at any one time, all delivered through the port of Southampton, supported by a nationwide infrastructure of salespeople and mobile engineers. As a brand, Kato is actually over a 100 years old, starting in the steel industry, and going on to diversify into locomotives and the combustion engine. Construction plant would emerge in the late ‘60s, initially focusing their attention on the heavy line products of 14 – 50 tonne, but a foothold in Europe is only a relatively recent phenomenon.

An entirely separate Japanese multi-national in IHI also had a digger division, which was distributed through the Italian Imer Group. Units were then manufactured in Japan, delivered as effectively a flat pack kit and assembled in Europe, a system which allowed for very short lead times from order to delivery. In 2014, Kato revived it ambitions to make inroads into Europe once again with its new Tier IV Final, Dash 7 technology, and the result was the complete takeover of the IHI business.

“Everything is now completely manufactured in Japan, with KCM appointed the exclusive UK importer for the Kato equipment in 2017, and were already selling over 150 units a year,” continues Sam. “We’ve made real progress with our tracked dumpers, for example, and have found a very good niche with that product. It’s one of the best you’ll find on the market, with an unrivalled payload range from 400 to 11,000kg.” 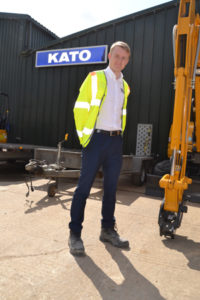 “We’re finding that even some of the smallest contractors ,who might be digging out a driveway or the footings for an extension, are not only turning to machinery, but are looking to own rather than hire. Labour is an increasingly expensive commodity, and the standards of skilled workers are changing in that they just won’t countenance that kind of grunt work any longer. That’s why the package we sell of micro excavators and tracked dumper combined has become so popular, because projects can be completed ahead of schedule and with fewer personnel. The contractor can transport both units on the same trailer, it looks professional and they’re not waiting on hire delivery.”

The new Kato 12VXE mini, for instance, is small enough to pass through a door and can be comfortably accommodated on a truck in the 3.5 tonne category. Not only that, but a 12.9hp engine that delivers a digging depth of 2,010mm, gives it the same performance and break out force as a 1.7 tonne machine, in a compact, zero tail swing package, with the added ability of being able to pick up a 1.5 tonne bucket with ease. “IHI actually invented the zero tail swing concept,” explains Sam, “and with building sites becoming tighter for space than ever, they are increasingly more popular with contractors. We actually produce only two standard swing models now, and have found that to be a real advantage for us.”

Move down the weight class still further and the same manufacturer’s 9VXE micro excavator features servo controls and an extremely tight turning radius of just 485mm. Not only that but, with theft and security an increasing concern, thanks to a folding ROPS frame, it can be secured away from light fingers in even the smallest of spaces.

It not just the performance on a specific project but the impact on a balance sheet which is making these kind of machines appealing. With interest rates at historically low levels for many years now finance deals can be anywhere from 30 – 50 per cent cheaper than the hire rate for the same machine, so even if a unit is only being used 50 per cent of the time, that’s still a cost effective investment, whilst it will, of course, open up the possibility of winning more work. 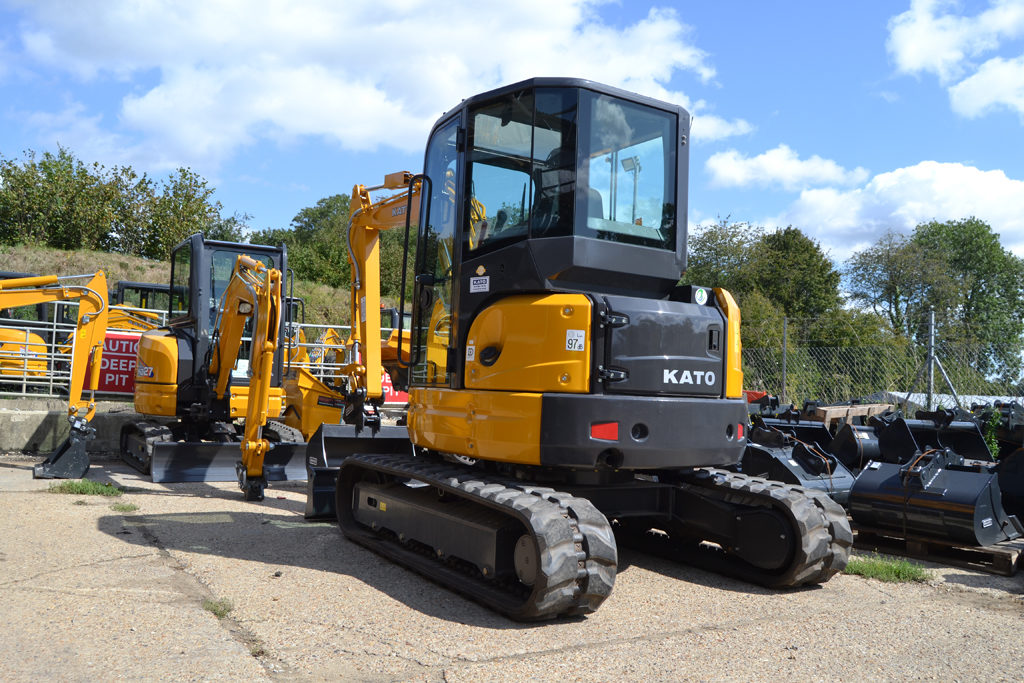 In tracked dumpers the signature product is the Kato Carry 107 HT, a 700kg, high tipping machine, with an expanding undercarriage as standard, and two speed tracking. In fact, the unit benefits from the highest tip in the industry of a maximum of 1.6metres, bring either the back of a tipper Transit or a skip within range. Durability is enhanced thanks to all metal panels and heavy duty undercarriage, whilst hydraulic power take off allows the machines to multi-task. If a builder needs to run a breaker to demolish a pathway, for example, he can do just that, whilst there’s also an option of scoop bucket for self-loading of the dumper with type 1 or sand. End users, can choose between a Yanmar powertrain or Honda petrol, with almost no difference in pricing, whilst a folding footplate offers the convenience and productivity of a stand on unit. As with all of the other machines in the Kato portfolio, a five year warranty is offered as standard, something which no other maker of tracked dumpers can provide.

It’s not all about minis because in excavators the Kato range extends from 0.8 to 45 tonnes. Furthermore, Kato is actually the largest manufacturer of tracked dumpers in the world, with the broadest range into the bargain, all of which makes this one Japanese sun which is very much on the rise. 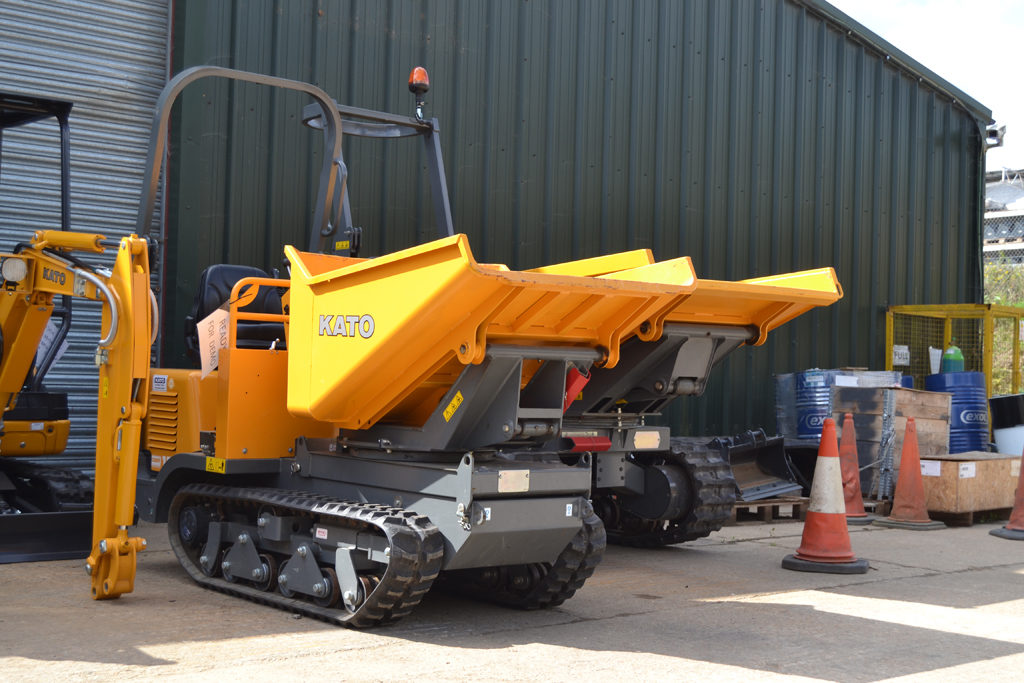