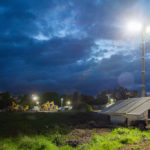 It has been characterised as a climate emergency and, with increasingly dire warnings from our politicians, government is in the mood to respond. Indeed, Whitehall has recently announced a unique pledge for the UK to be zero carbon by 2050. Whilst much more needs to be done to achieve that ambitious target it is worth reflecting on the progress that’s been made. It was reported last year, for instance, in the first time since the industrial revolution, renewable energy generation surpassed that of fossil fuels, and the construction industry can equally point to a host of success stories in the quest to tread with a lighter carbon footprint.

Our rail sector needs to embrace innovation if it is to deliver value for money for taxpayers and travellers alike and it is here that some of the most testing standards are laid down. HS2 is already demanding far more stringent emissions targets of the plant that operates on its sites, for example, and alternative powertrains are now a routine feature trackside.

In another small step on the way to a carbon free future, a project led by Network Rail and Colas Rail has used innovative solar lighting and power generation to create the ‘site of the future’, achieving 97 per cent diesel-free operation in support of a major rail renewal project at Llanwern, South Wales.

During a 14-day project, centred around a 72-hour possession over a Bank Holiday weekend, solar and battery technologies from Prolectric were utilised instead of diesel generators, saving 6,000 litres of fuel and more than 15 tonnes of CO2. The results are being viewed as a significant achievement, marking an environmental milestone towards clean, carbon-free off-grid working, in support of Network Rail’s CP6 target to reduce non-traction energy consumption by almost 20 per cent and carbon emissions by 25 per cent.

“A 97 per cent diesel reduction at the first attempt is great achievement” declares Ryan Ballinger, Production Manager for Colas Rail. “Saving close to 6,000 litres of diesel is the same as driving a family car at 40mpg twice around the circumference of the world. It’s also clear where we have learnt the lessons from Llanwern so we can aim to close that small gap. We really want to get to that 100 per cent fuel-free figure by the time of our next challenge, planned for a rail renewal project later in the summer. There’s no doubt these technologies are going to be a complete gamechanger, and we need to push on to get to a place where using this type of technology is just business as usual.” 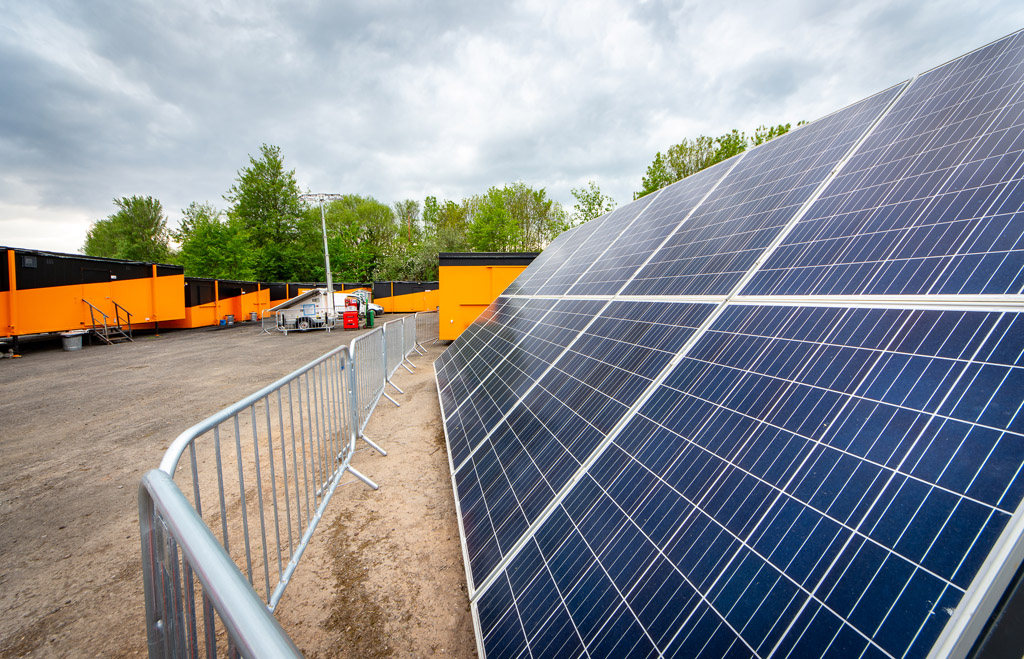 Power and Light
Prolectric’s clean, silent solar lighting and power generation technologies were used across the site covering more than 21-acres. This included access roads, the welfare cabin area, car parking and the track working area itself, where the London to Cardiff main line meets the Llanwern steelworks spur, near Newport. The set up and core works spanned a period of around 14 days leading up to and following 72-hour possession, with more than 70 rail staff employed on site.

A total of 21 Prolectric ProLight solar tower lights illuminated the site compound, car parking and work preparation areas, as well as being deployed on the trackside, where 200m of ProTrack battery-powered link lighting was also used. Prolectric ProTempTM column street lights were positioned along the access road to the site.

Range of Solar Applications
It was just as important to explore and extend the range of renewable applications, including a new solar-powered Gate Guardian camera security system. It was also possible to demonstrate the versatility of using portable lithium battery packs, recharged as necessary from the solar generators to power dust suppression systems, water cooler stations and point motors.

Using diesel generators to support rail renewal work has been the only option for reliable off-grid power. Now viable solar technologies are being seen as a vital contribution to non-traction carbon targets, as well as to reduce the noise, smell and air pollution from diesel exhausts, especially next to residential areas. 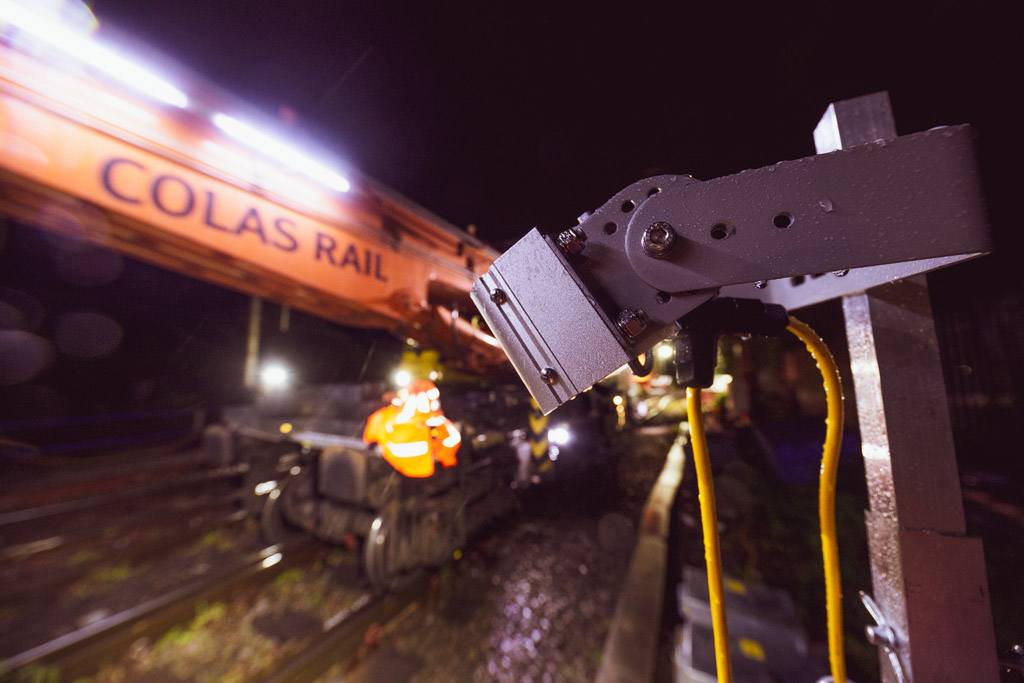 The first thing that staff and visitors noticed at the Llanwern compound was how quiet it was, compared to the usual continual background hum of diesel generators. “The environmental impact of running diesel generators all day on a major worksite like Llanwern is absolutely huge,” explains Ballinger. “It’s not just about carbon emissions; our lineside neighbours are very important to us. By using solar harvesting, we’re not polluting their environment with unwelcome fumes and noise.”

Partnership & Collaboration
The Llanwern Site of the Future project is the culmination of determined development work driven by Network Rail and Colas Rail team to adapt and refine solar and renewable technologies for the rail industry, with an aspiration to achieve diesel-free operation as standard.

Ryan Ballinger, explains: “We have worked closely to drive the development of suitable on-site solar tower lights and walking lights. Now at Llanwern we have been able to add solar generators for the first time and moving forward we want to add smaller plant and tools such as disk saws and band saws.

Cost Savings and Collaboration
The Llanwern project not only provided feedback to help refine the solar and battery technologies, but also identified energy-efficiency initiatives that can contribute to 100 per cent diesel-free operation.

Chris Williams, Managing Director of Prolectric, said: “This has been a very successful collaboration with Network Rail and Colas Rail. The Llanwern initiative has proved that diesel-free operation is possible, and was a vital learning experience for us, so we can move to eliminate the use of any diesel for lighting and welfare on future projects.”

Working in close collaboration with rail partners, Prolectric expects further advances in solar and battery technology in future to drive forward the capabilities of off-grid solar light and power generation so it continues to become more powerful, compact and versatile. 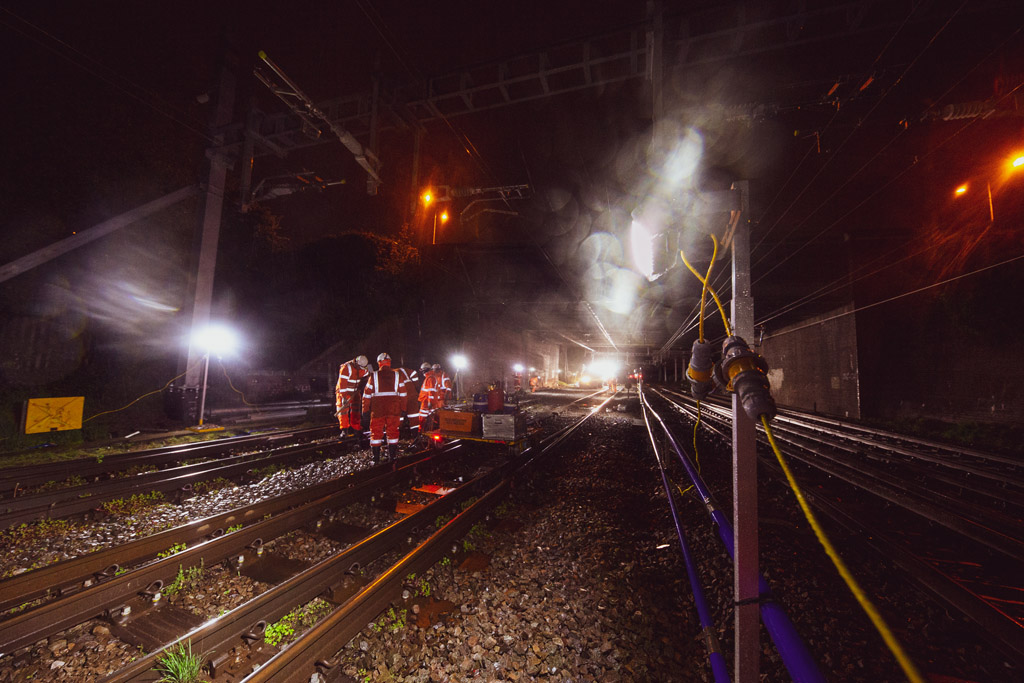 0 0 0 0
Previous : Bridge over untroubled water | Expansion of Market Harborough
Next : 3 telematics red flags to watch out for in your machines