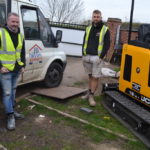 The building industry has its fair share of family affairs and Paul Bott Homes is a fine example. The Leicestershire-based firm is presided over by the eponymous Paul, with his three sons, Billy, Tom and Jack joining him on site, whilst wife Sally and daughter Layla manage the office.

“When I first started out on my own more than 35 years ago it was initially with extensions but in 1982 we started buying land for new builds,” explains the 62-year-old former bricklayer. Today, his company specialises in high quality homes, typically in the 5-6 bedroom bracket – an area of the market that’s not well serviced by some of the larger players in the sector.

In that time, the Leicestershire housebuilder has also kept up an association with another famous family concern hailing from Staffordshire. “I’ve always owned JCBs and never bothered with anything else,” he reveals. “They have a reputation for doing the job which is certainly backed up by our own experience and we’ve always had a good service from local dealer, Watling JCB. As the contractor and developer we’re responsible for everything from the initial groundworks right through to the finished plot so we need machines that can multi-task.” 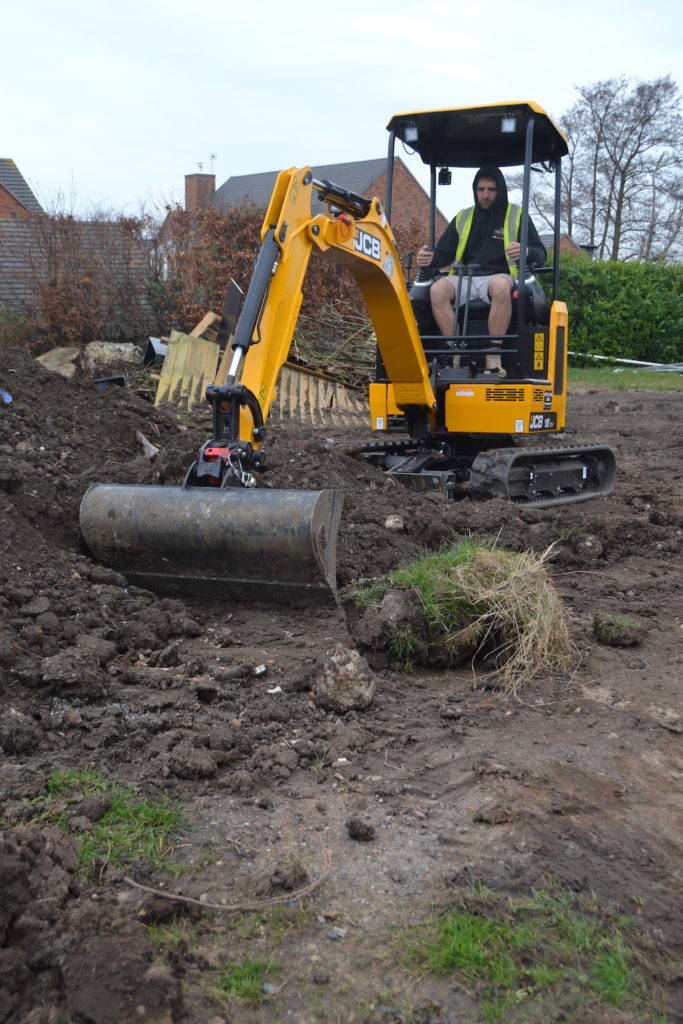 A JCB 826 Forklift and an 8-tonne JCB 8080 had already completed many years of sterling service with Paul Bott Homes, whilst the company has previously owned a 3CX Backhoe Loader. At the same time, the breadth of building works the company undertakes was increasingly demanding a smaller machine that could undertake landscaping works in tight spaces, but with the muscle for more extensive groundworks when required.

“Once we’ve completed the excavation for the footings, and loaded the spoil onto tippers, we found that an 8-tonne was too big for a lot of the remaining works and we’d been renting a mini as and when we needed it,” explains Paul. “If you’ve got a machine on hire for a fixed period, however, you can easily find that it’s sitting around for a large part of the time whilst you’re still paying the rates. We did the math and came to the conclusion that it’s actually more cost effective to own a smaller digger – especially with current strength of residual values – and that’s why we purchased our new 1.8 tonne unit.”

JCB’s 18Z-1 is the first zero tailswing option in its class from the manufacturer, and its vital statistics make for a versatile solution. “It’s ideal for getting into gardens, between two properties, or anywhere where you don’t want to make too much of a mess,” adds Jack, “and if you do hit something with it you’re unlikely to do that much damage. Having said that, it’s a very powerful machine in operation,” a fact that Jack demonstrates by pointing to the extensive network of tree roots the 18Z-1 had recently ripped from their current new build project. 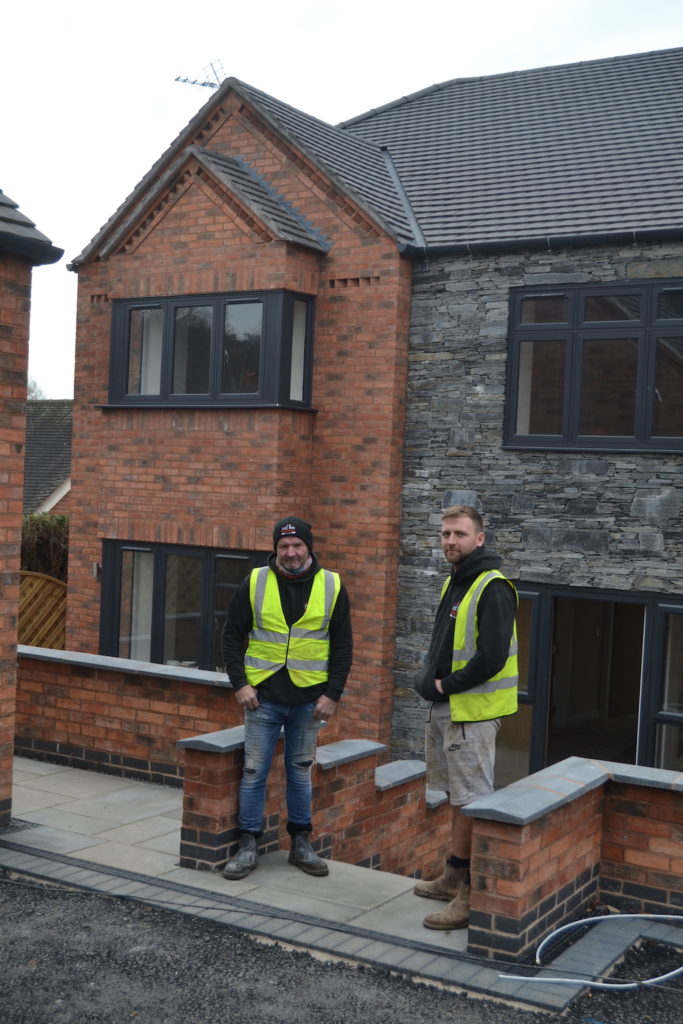 This nimble 1,830kg unit has all the moves, but is an equal measure a sturdy and durable workhorse. Hoses are routed through the boom, for example, there’s a top mounted ram and 100 per cent steel bodywork. At the same time, operators can achieve a maximum dump height of 2.818m and max dig depth of 2.819m.

The retractable tracks aids manoeuvrability through garden gates and enhances stability at their full extension. In addition, with a 1.8tonne weight, the machine can be comfortably towed on a trailer behind a van or pick up complete with a range of attachments, which includes buckets, a breaker and auger. 10 tie down and 4 lifting points also make transportation both speedy and secure. Cleaning and maintenance is facilitated by a 180° opening service door, there’s no daily greasing and a sloping undercarriage design results in minimal soil retention.

Paul Bott Homes prides itself on delivering for its own customers and the team demands the same of the machinery they use. “Our properties represent a high spec offer with all the features that the market is currently demanding,” enthuses Paul. “At the moment that’s home offices, open plan spaces – such as expansive kitchen/diners – and large areas of glass, including bi-folds. The consumer wants a property that’s flooded with light and room so, rather than just windows, we’re routinely introducing floor to ceiling glazing in rooms, for example, as well as underfloor heating and smart thermostats throughout. We’re providing double garages with a dedicated home workplace above and a room in roof.”