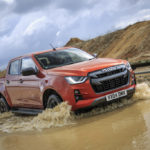 The sands of time may have surprisingly run out for some big name players in the UK pick up market but the tide is definitely turning for Isuzu and its all new D-Max.

It might have been the mountains of sand and gravel in the working quarry, or the fact that some big name players have recently run up the white flag, but our invitation to the latest unveiling by Isuzu certainly had a ‘D-Day’ feel about in terms of the future of pick-ups in this country. The iconic Japanese company – which is celebrating 125 years of only making commercial vehicles – has been around in the UK since 1988 with the imported and appropriately named Trooper. This was followed in 2004 with one of the best-selling pick-ups of all time, the Rodeo, and then in 2012 with the D-Max.

Refreshed in 2017 with new engine technology – and down-sizing to a cleaner and more efficient 1.9litre diesel engine – it now meets the latest Euro VI standards without the need for AdBlue. The vehicle, in all its various configurations, has always been popular with the construction and agricultural industries, yet has increasingly attracted a wider audience of weekend warriors. Now comes the all-new D-Max, which aims to build on those former glories, adding a new level of refinement and safety whilst maintaining its impressive 3.5 tonne towing capacity and over 1 tonne payload. 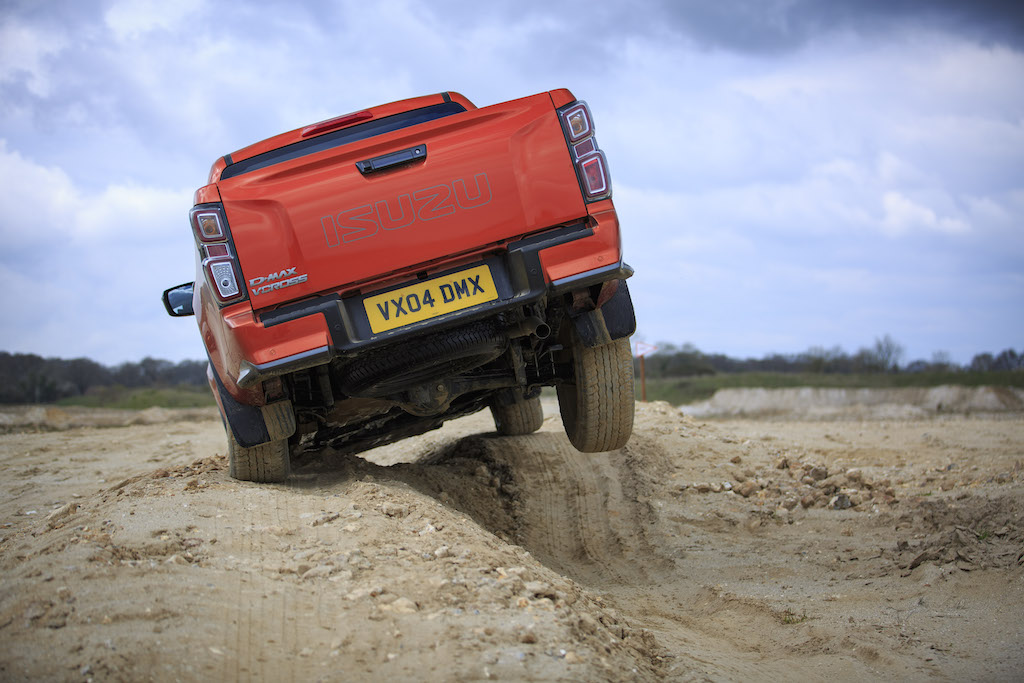 The company makes no secret of its bold sales objectives – looking to almost double current levels to 10,000 units by 2025. Interestingly, they project some significant changes in what potential users want from the vehicle with a clear emphasis on adventure. To make things more straightforward at the dealerships, which now stand at well over 100 across the country, they have simplified the options with three clear categories, Business, All-Purpose and Adventure available in Single (utility trim only), Extended and, the biggest seller by far, the Double Cab.

Utility vehicles, as the name suggests, are ideally suited to tough working environments with features like easily cleanable vinyl flooring and durable steel wheels, with the bumpers, door mirrors and handles made from hard wearing black plastic. The ambition has been to give it more powerful looking stance on the road, and to this end they have created a more horizontal bonnet and vertical front face to create an angular appearance, which obviously sat well with its extensive user focus groups.

A new rear bumper has an integrated rear step, which makes it easier to access a load area with a very respectable payload of 1,120kg. Even though it is aimed very much at the workhorse end of the range, it has a host of driver assists as standard on all models, including what Isuzu claim is a first in the sector, rear cross traffic alert, blind spot monitor and emergency lane keeping. Not so obvious to the naked eye is a stronger all round steel chassis, which is up to 34 per cent wider and 14 per cent higher in sections, as well as a new 5mm reinforced resin underbody air deflector. There are also 8 airbags on all double cabs including a new centre airbag.

It’s long been a valid criticism of many double cabs on the market that the comfort of rear passengers is often overlooked and so here the addition of 30mm on the previous wheelbase has allowed a larger and more spacious cabin. There is 20mm more shoulder room, higher hip points and more reclined seat backs. The B pillar is positioned 25mm further forward, which means the rear aperture has increased and allows for easier access. These are small details but important for a European market where travellers tend to be of a bulkier nature than their Asian counterparts. Ten cup holders located about the truck should also satisfy the needs of the thirstiest builder’s tea drinker! 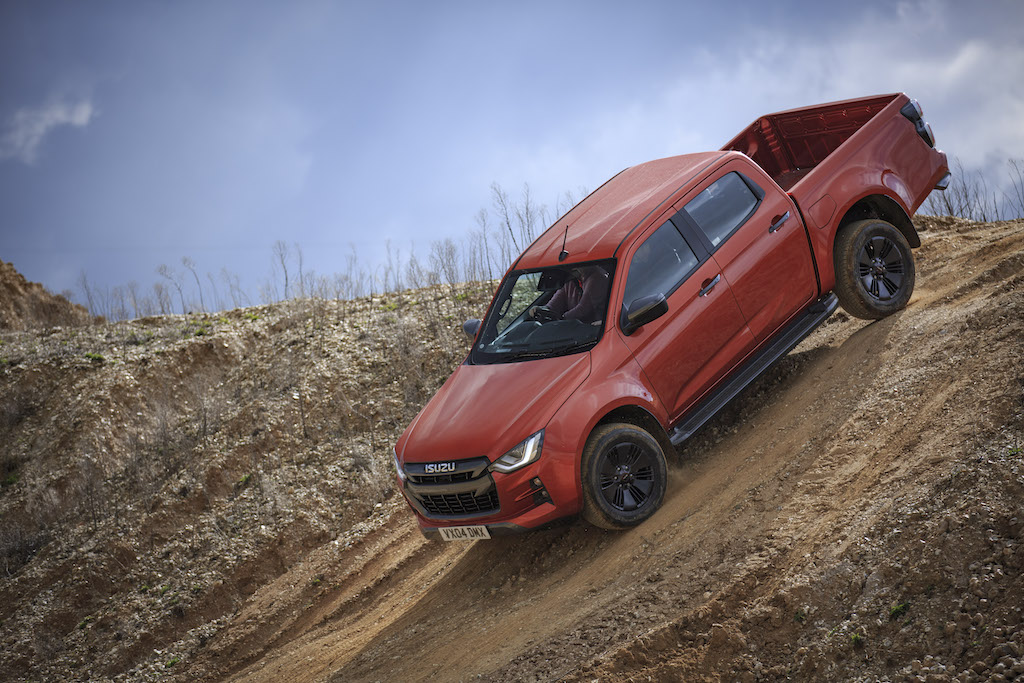 The All-Purpose range consists of the DL 20 and DL 40, where DL signifies that the rear diff lock becomes a standard feature, with the numbers demonstrating the model hierarchy. Again – for a price – there are a host of additional features and sophisticated enhancements, such as leather eight-way adjustable seats in the cabin, but outwardly the main differences are body coloured front and rear bumpers silver door handles, a medium grey radiator and 18in. alloy wheels to provide a more premium appearance.

At the top of the food chain is the V Cross version, which features a gun metal exterior styling on the radiator grille, side steps, door mirrors, door handles and 18in. alloy wheels and, of course, an upgrade of the multi-function touchscreen to 9in. and V Cross branded carpet mats. It’s all designed to let no one be in any doubt that the V Cross driver likes to work hard and play even harder!

Interestingly, and something which may have escaped the attention of many pick-up users, is the fact that – by coming in at under 2,040kg – the extended and double cab options are subject to normal passenger car speed limits. It’s an uncomfortable fact that many double cab pick-ups unwittingly exceed this weight limit, which by law should comply with goods vehicle speed limits, which are 10mph lower on single and dual carriageways.

There are upgrades to the automatic transmission, delivering 5 per cent faster gear changes and the four-wheel drive shift on the fly has three configuration settings. A new actuator now provides much faster transfer between the different drives ranging from standard on road driving to extreme conditions featuring everything involving grass and mud and lots in between. To help you decide which one shows the least dirt, the D-Max now comes in eight distinctive colours.