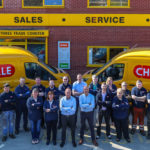 1949 may not be remembered as a standout year in international events, but up in Leeds, Wilfred Chippindale was making his own local history.

The Northern Area Manager for Millers Mixers had been asked to relocate South. As a true Yorkshireman, he refused, resigned and with £100 of his savings, set up Chippindale, selling concrete and scaffolding from his home. The business, once local, now regional, has grown beyond recognition in its 70 years, but dig down and those original foundations combining family values and exceptional service are still going strong.

There was a good reason Wilfred Chippindale had been known as the Mixer King at Millers Mixers; his sales record was superb so, unsurprisingly, Chippindale didn’t stay small for long. Within a year the company moved into its first depot in Leeds and had enough money to appoint its first fitter and purchase two vans, this was followed swiftly by winning a dealership with the Wickham and Alcon Pump Agency. 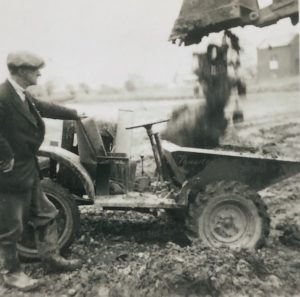 Back in the fifties, plant hire was a new concept. For those companies keen to make a profit, but without the funds to invest heavily in plant, hire was the ideal solution, giving companies access to the newest models at competitive rates. In 1955 Chippindale started its hire division with its first hireable product, the Thwaites Dumper, making a giant leap forward. By the end of the decade, the company owned its first premises, had won further dealerships with the Bristol Compressor Agency, Green Roller Agency and the Bristol Crawler Tractor Agency (where it sold 32 units in just 12 months) and the hire fleet now reflected a range of mixers, dumpers, hoists, pumps and rollers.

Chippindale’s main focus has always and continues to be, service. Its success over the past 70 years has not been a lucky accident but comes from the family values inherent within the company. Wilfred Chippindale’s two sons Brian and Gordon were part of the business by 1955, and grandsons Nigel and Peter Chippindale run the business today. Staff, equipment and customers are highly valued and the expert, attentive team (many of whom have worked for Chippindale for more than 30 years), work with every customer on an individual basis from sole traders to blue chip companies, personalising the service, requirements and pricing to make sure each transaction is a precise fit.

“Being a family concern, we can take a long term approach to investment,” says Nigel. “We are not mired in red tape as we have a flat management structure and decisions can be made and implemented very quickly. We have a loyal workforce; many staff have been with us in excess of 30 years. We actively encourage staff to make commercial judgements, not be scared to try something new and not be afraid to admit if it doesn’t work!”

Chippindale’s long-standing relationships with its manufacturers hold equal weight. It has been a Mecalac dealer for over five years, a BOMAG and Atlas Copco dealer for more than 30, STIHL for over 10, and not to mention a Volvo dealer for 35. These close relationships have allowed the company to collaborate with its dealerships to create unique products for specific customers and problems; the latest endeavour was with Volvo CE to combat digger blade damage on road projects, reducing costs for their utility customers.

“We pay special attention to the close relationships we have with our dealerships,” says Peter. “We have received several awards for our efforts such as dealer of the year and take real pride in exceeding their expectations year after year.” 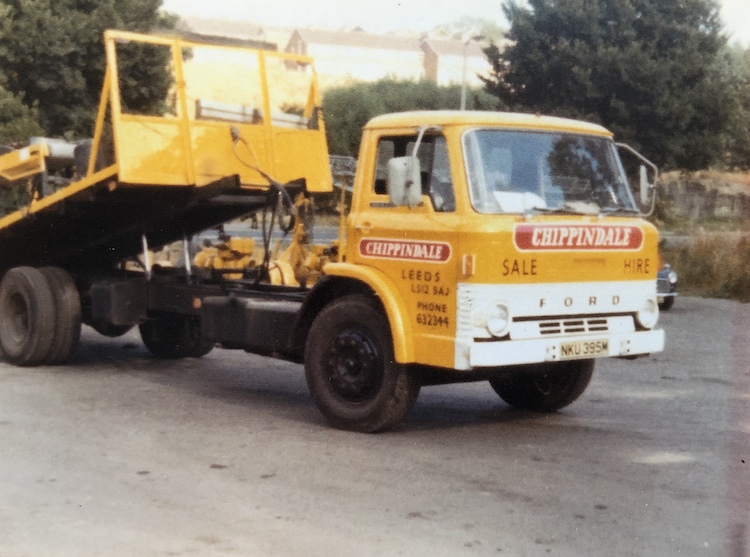 The continued success of Chippindale has also been down to its pioneering attitude. From the early days of selling what a post-war Britain required to rebuild itself, to developing its hire division, Chippindale has always instinctively known where to look next. In 1972 it was one of the first UK companies to equip its entire truck fleet with radio phones, and a decade later the company went electronic, installing computers throughout – almost unheard of in 1982.

That pioneering attitude hasn’t faded. Today, Chippindale continues to embrace technology to improve the customer experience. It has an extremely close relationship with its software partners, testing leading new functionality and working collaboratively, to keep its systems ahead of the game. With many plant hirers still running archaic systems that provide no benefits to customers, Chippindale is surging ahead.

“We have a full online customer management system where customers can log in and manage live hires, equipment, invoices and much more and that’s just one of many service driven tech things we offer,” says Nigel. “We will have more releases in the near future too. Continual improvement is key.”

The hirer is also aware of future changes. With the environment high on the public agenda, environmental considerations will play a large part in the future of Chippindale. “There has already been a huge move to cleaner technology for plant and it’s the same for our transport fleet,” says Peter. “The next step will be fully electric plant on building sites, something which Volvo has already embraced and is testing. Additions to our hire fleet will include drones for site mapping and management.”

Today Chippindale has nine depots stretching across the entire north of the country, and aims to provide all the equipment a small/medium building site could require from plant, attachments, tools, all the way to the site accommodation. Its continual growth and investment into its hire fleet mean its equipment is not only state of the art, but serviced to nearly double the industry standard in a pivotal pledge to provide the highest levels of reliability.

With 70 successful years of business, Chippindale is rightly proud of what it has achieved. A leading dealer for Atlas Copco, Volvo, BOMAG, Stihl and most recently Mecalac and Epiroc, the company has enough financial strength to compete with the major players and invest in all the latest equipment that complies with even the most stringent legislation. But it is still small enough to provide a personal service for every customer. And after 70 strong years, the company continues to look at a bright future. As Nigel says: “There might be consolidation amongst the larger players as more companies try to achieve national coverage, but there will always be room for a strong, financially sound, well run regional player.” Bring on the next 70 years! 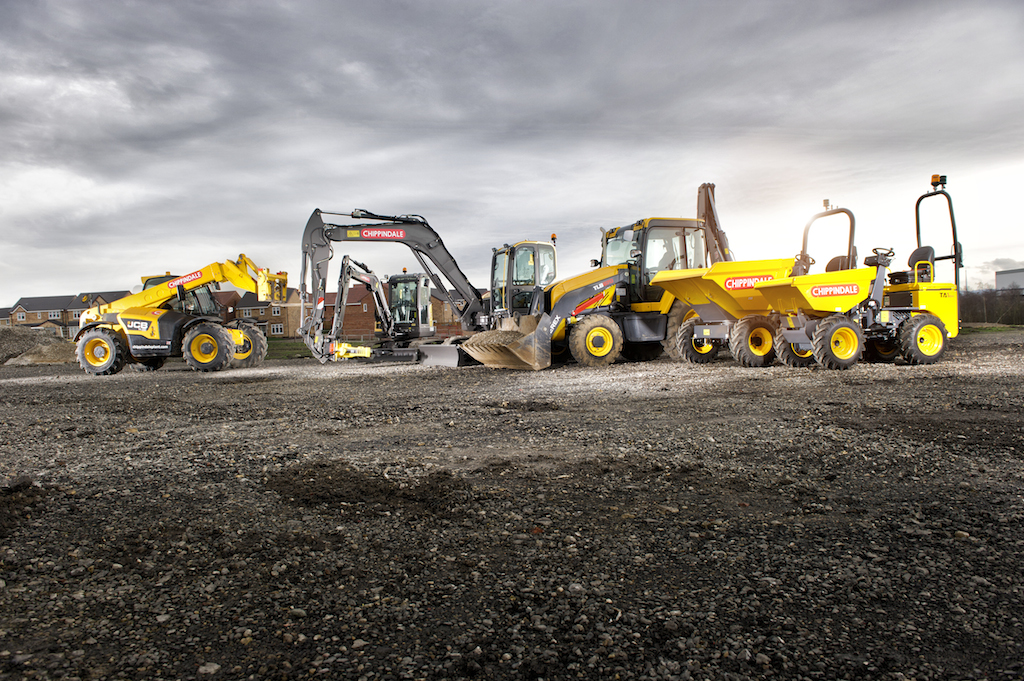