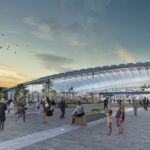 Whilst clean air zones in London and beyond are now well documented some of our largest infrastructure projects will also have their own stringent requirements. Construction Plant News reports on the air quality commitments of HS2.

After many years of debate HS2 is now on track, with the early work of Phase One, including substantial demolition in the centre of Birmingham, already under way. The London to Birmingham section – due to be operational in 2026 – will then be joined by Phase Two to Crewe in 2027, with Crewe to Manchester and Birmingham to Leeds already in the planning stage.

It is one of the largest and most complex civil engineering projects ever undertaken in this country, and if it is to secure a favourable legacy amongst future generations, it demands meticulous preparation at every level – and that includes its projected environmental impact. “Some of the communities we’ll be operating in already have their own much publicised air quality issues, and it’s important that in adding to the number of off highway and road vehicles in these areas, we are not adding to these,” declares HS2’s Neil Wait. “Our response is to set the parameters in which we intend to operate in terms of emissions and we are promising parliament and the public that they will be very stringent.” 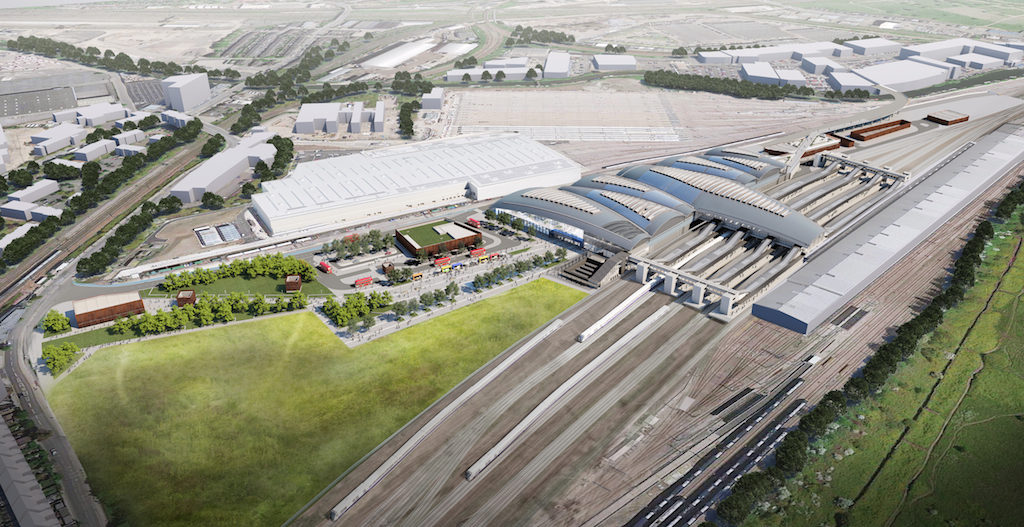 So just what are those standards? Since July of 2017, all HGV construction vehicles working on HS2 in London are required to be Euro VI, a limit that will extend to the geographical length of the entire project from 2020. One of the criticisms of clean air zones from freight operators has been the effect that the new regime has had on the market for new and used equipment.

HS2 is trying to answer some of these concerns by building in a number of exemptions – with specialist kit that might not yet be readily available with the highest levels of emissions standards, for instance, where there is a shortage of such machinery in a particular class of plant, in the event of breakdown, or where a machine’s usage on site is of such a short timeframe that its emissions are inconsequential. In these cases, contractors can apply to HS2 for just such an exemption. Similarly, the rationale for delaying Euro VI as a minimum outside of London is to encourage SME firms, who would find it more difficult to quickly convert their fleets, to enter the supply chain.

Explains Neil: “Every year we will be reviewing the market in order to ascertain just what is available to contractors and hirers. If there is a particular issue of supply with ADTs, for example, we can issue a block exemption for a specific time period or in a geographical area. Moreover, we’re already using pieces of equipment on site of which there might only be a few units in the whole country and that’s clearly something we need to take into account when setting demands on those machines.” 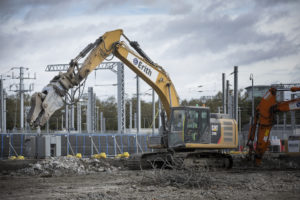 With regards to Non Road Mobile Machinery (NRMM) HS2 has followed the lead of the Greater London Authority and split the capital into two parts. The Central Activity Zone, which largely equates to the current congestion charge area, is Stage VI as a minimum, with the rest of London at IIIb, both of which are currently one step ahead of where the GLA has set its own limits. “HS2 is also the first project ever to require specific standards outside of the capital,” continues Neil proudly, “with IIIB already an absolute requirement, and in 2018 our compliance rate was 99 per cent. Given that for many contractors outside of London this was an entirely new concept that success rate is something we’re very proud of, but there’s no denying there have been issues that have arisen. Simply identifying what the emissions of a specific machine actually is can be problematic, for instance, and even some of the operators don’t have that information.”

Of course, not only does the equipment on site need to have the latest technologies it also needs to be used properly, and HS2 is pledging that there will be a regime in place to ensure just that. Areas susceptible to dust will have continuous monitoring around the perimeter, for example, whilst the project is also engaged with leading main works civil contractors and leading universities to determine real life emissions versus the headline figures from the manufacturer. Retrofit technology that’s designed to raise the emissions bar on older, more polluting vehicles is a potential solution, and the ambition is for HS2 to be the test bed for the efficacy of these technologies, whilst occupational health will also be engaged with. In a collaboration with Kings College, for example, operators will wear sensors to determine the effects of driving machines with and without cabs. 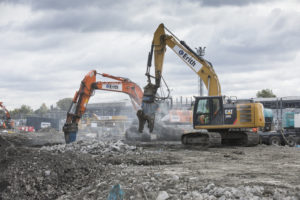 HS2 is scheduled to continue at least until 2033, and in that time air quality regulations will tighten still further and what society expects of the construction industry will change. That’s why its planners have set the target of always being one step ahead of legislative requirements and seeking to set the example for the industry rather than follow. “On the work that’s being carried out today we’re already using the most sophisticated technologies we can source,” concludes Neil. “That already includes hybrid excavators, electric wheelbarrows, and hydrogen fuel cell powered lighting towers, and that’s something that will continue over the lifetime of the build. It will be a contractual requirement of construction companies on HS2 to demonstrate innovation in order to win the tender in the first place, and the plant they propose to use will be a signification component. That’s why we’ve got to work with contractors and plant hirers to ensure that they can deliver exactly what it is we need.”

0 0 0 0
Previous : Network Rail and Colas Rail Ltd Achieve 97% Diesel-Free “Site of the Future”
Next : Five things you might not know about batteries