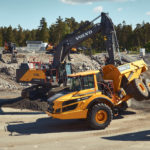 The Volvo Days event begins with what must rank as the best machine show in the industry. ADTs performing acrobatics to the sounds of the Dropkick Murphys was far from the only highlight of the event, however, with new products, technologies and services on offer at every turn.

Volvo sold 99,871 machines in 2021 and increased the services side of its business by 20 per cent year-on-year, and it’s not just about yellow steel. Volvo Construction Equipment is positioning itself as a full-service provider, with its machines a part of a much wider proposition that encompasses connectivity and digitalisation. The ambition is to identify and address its customers pain points and ease them with a range of solutions – lowering costs and increasing competitiveness in the process.

Contractors and hirers are themselves asking how they can run a more sustainable, and efficient operation – with greater utilisation of equipment – whilst also prioritising safety. The response from Volvo is the likes of the Assist family – including Load Assist and Dig Assist. Fleet solutions such as Active Care are available whilst there is whole suite of site-based initiatives, including the new Connected Map.

With increased electrification, autonomous technology and digitalisation this holistic approach to machine and site management will become more and more evident. The Volvo CO2 programme, for example, is working with customers to drive down carbon footprints with conventional internal combustion engine machines without waiting for electric models. This is a structured approach with an on-site analysis of existing processes and procedures, the identification of improvement opportunities, and plan to implement them. 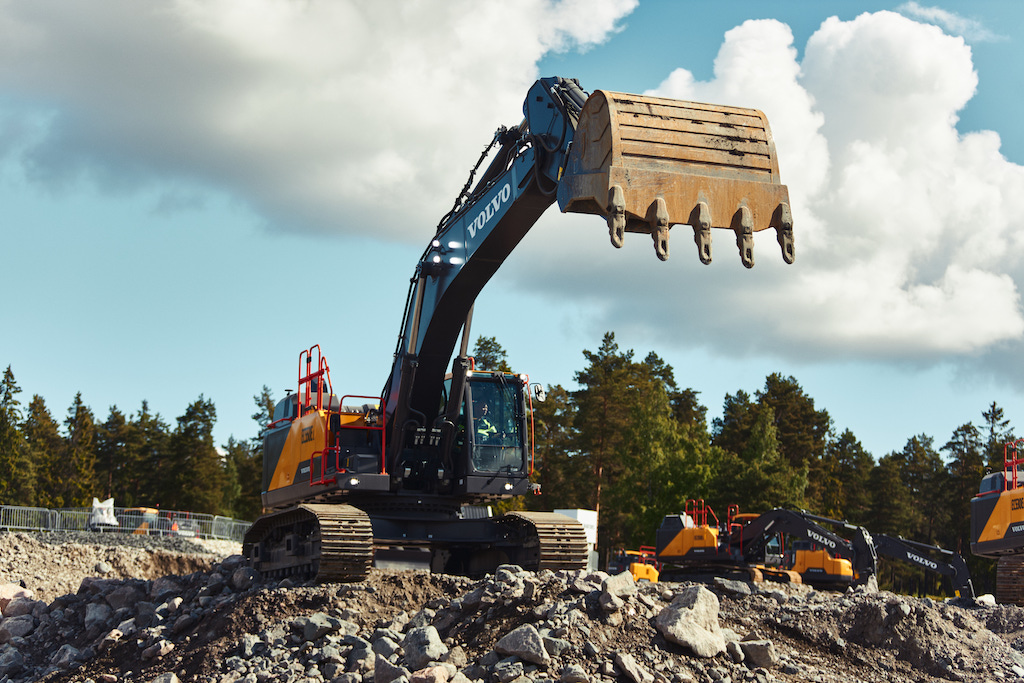 Volvo launched its L25 Electric wheel loader at Bauma in 2019. Since then it’s much clearer that compact equipment is destined to be electric, but the Swedish manufacturer firmly believes that the crucially important 20tonne+ segment does not represent a ceiling for battery powered machinery – either now or in the future. It already has its 22tonne EC230E Electric operating in Norway as part of a pilot project, for instance, with further markets planned for 2023. Indeed, it is the case that we as an industry have consistently underestimated the rate at which battery tech has gone down in price and the capacity of the technology to increase in range and power.

Volvo will not launch electric machines unless they are as least as productive as their diesel counterparts and, in many respects, these cleaner solutions are already outperforming what has come before. The promise of faster response times – with full torque from a standing start – better handling characteristics and no in-cab noise is, for instance, already winning converts amongst operators. The big question, of course, is around charging times and hours of usage. It is in this respect that greater attention to planning the site, the available charging infrastructure, and the way the machines themselves are being used will need to be made. As an example, Volvo CE has developed a mobile charging container, the Powerbank 05 to support its customers in getting the most from its electric machines.

The level of demand post-covid took many by surprise. Add to that supply chain issues and trading conditions are still highly challenging for manufacturers. At the same time there is a much more far-reaching and fundamental transformation going on in the construction plant sector. “In the coming five years we will see more things happening in our industry than in the previous 50,” declares Head of Volvo CE, Melker Jernberg. “The construction machinery sector is a conservative business but the pace of change is prodigious and it is happening in sustainability, new technologies, services, and partnership with customers as a business driver.”

Volvo has set itself the goal of being net zero in its whole value chain by 2040, and that’s an ambitious timeframe. What it does represent is a massive opportunity, especially with more and more organisations adopting their own science-based targets. If these are to be achieved they will need OEMs to be at the top of their game. That means not just electric but hydrogen fuel cell development, Hydrogen as a fuel for internal combustion engines and alternative fuels, such as HVO. At the same time there are still real gains to be made in areas such as more efficient hydraulic systems, which is an equally active area of research. 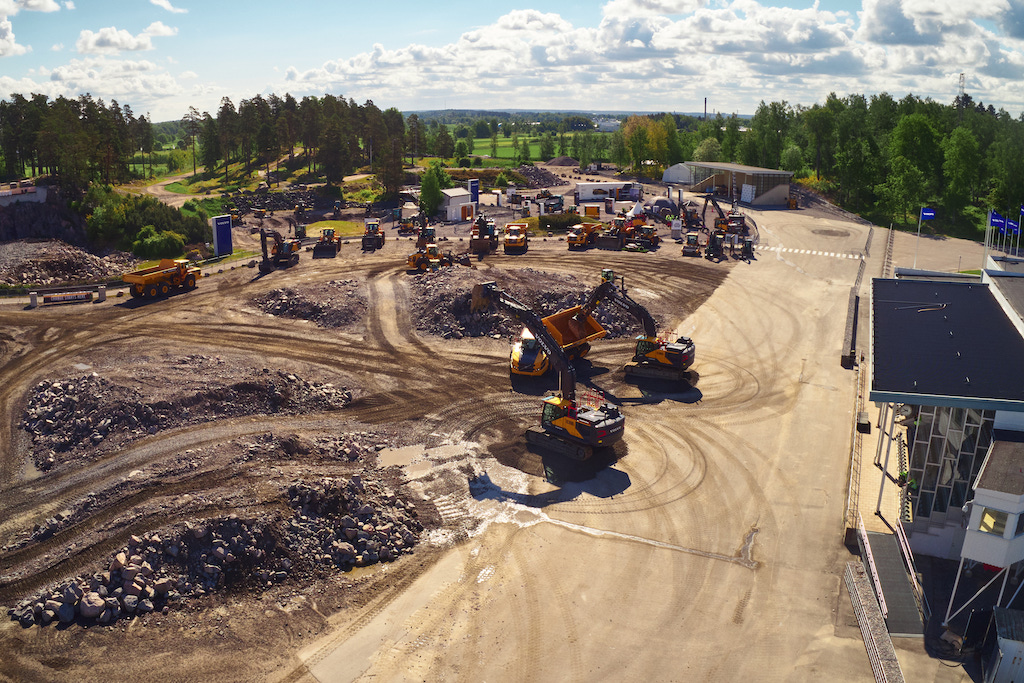 Autonomous Solutions
The Eskistluna site includes a 66,000 sq m testing facility, including a dedicated space for the electric and autonomous TARA system, the product of a new organisation within the group – Volvo Autonomous Solutions. Monitored by a control centre on site, which is equipped with the latest 5G communication, it is the perfect playground for a solution that includes the battery electric TA15. The 15-tonne hauling capacity unit is navigated by a mix of GPS and LIDAR and forms part of a chain of machines which are being run in a realistic quarry production set-up, including loading, dumping, a charging station, as well as different hauling routes and inclinations, with one operator able to command multiple machines from his remote location.

The goal is, of course, to improve productivity, as well as reduce CO2 emissions and improve site safety, and the TARS concept is also busy at work at a live limestone quarry in Switzerland in a field trial that will assess those parameters. TARA is presently configured for short hauling cycles, but there is also a pilot project being undertaken in Norway for longer haul applications. In every case the concept is currently being tested in confined sites without human interaction on the ground, but there are also plans to develop operations with a mix of autonomous and conventional machinery.