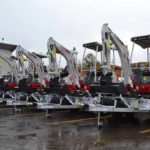 When S&R Construction took the strategic decision to move from renting equipment to running its own fleet, the contractor turned to Takeuchi. Construction Plant News Editor Lee Jones talks to the company about a major investment in the compact plant specialist’s kit.

Whilst many SME contractors are content to continue renting the equipment they require, there is often a compelling commercial argument for owning a fleet of machines. Following a period of considerable expansion, multi-utility installation provider, S&R Construction made just that calculation and, with a major initial order for 10 machines, has since put its faith in Takeuchi. “It just didn’t make financial sense for us to carry on hiring, and we had previous experience of using Takeuchi diggers from a rental firm who were already supplying us with excavators,” explains Accounts Manager, Charlie Craig. With some of the industry’s largest housebuilders already occupying a full order book, including Bovis Homes and Persimmon, the company was in a position to invest in machinery, and it was S&R Construction’s experienced operators who pointed to the Japanese manufacturer. 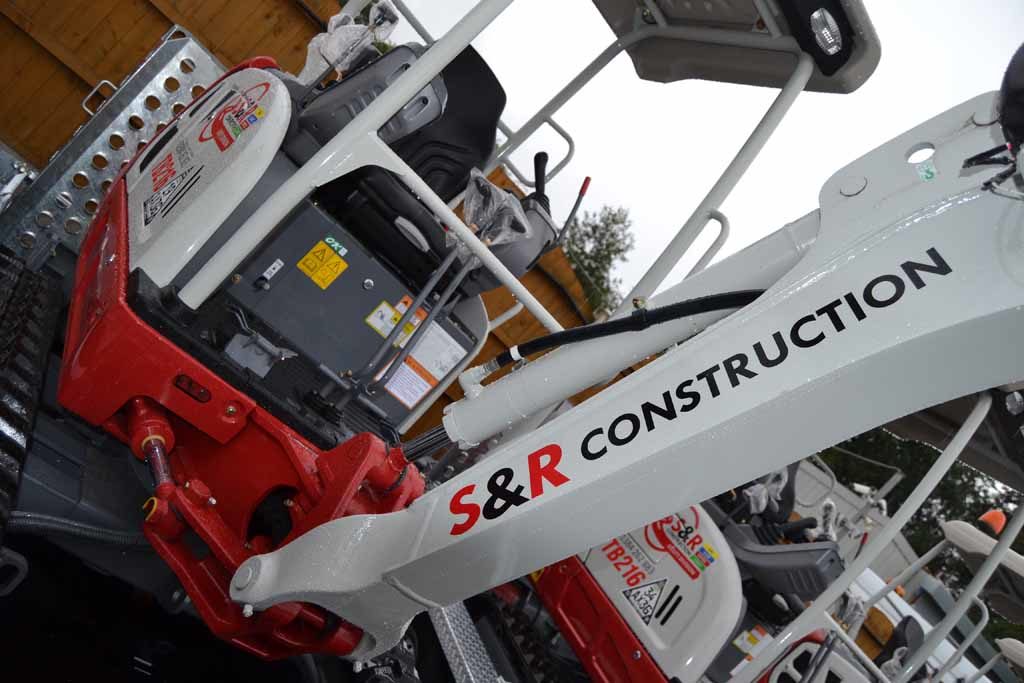 As a result, the west midlands building firm’s fleet now extends to a nine tonne TB290, three TB250s, and six TB216s. “The main attraction for us is the power, because these are machines that will be doing a considerable amount of trenching,” continues Charlie. The Dudley based company specialises in installing the utilities for housebuilders, and currently has 14 live sites around the country with developer, Countryside alone. “We’re digging step trenches for water, gas and electric, as well as the necessary BT and Virgin infrastructure,” adds the company’s Gareth Tennant. “The 9 tonne TB290 has proved to be an absolute beast and we recently dug 65metres – 2m wide, 750mm deep – in just three hours on a site in Leicester. There’s also very little that can go wrong on them. A top mounted hydraulic boom cylinder and internally routed hoses, on the 1.6 tonne TB216 avoids on site damage, for instance.” 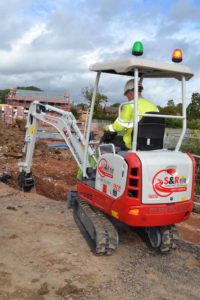 Utility jobs can be tough on machines, with larger sites demanding kilometres of trenches to be dug. Regardless of the weight class Takeuchi’s units have proven to combine strength with agility, and that is equally true of the TB216 also on the same Leicester site. Manoeuvrability is enhanced with retractable and extendable tracks, making standard doorways and gates accessible, whilst equally allowing an expansion of the machine’s footprint for greater stability. Maximum digging depth on this 1.6 tonne machine is 2,390mm and maximum reach at ground level is 4,035mm.

Housebuilding sites, particularly on more compact plots, demand manoeuvrability and, with a shorter than average tail swing compared to a conventional 9-tonne excavator, that’s just what the TB290 provides. Thanks to improved visibility, a 1,650mm tail swing radius, and rounded corners operators should be able to avoid damage in even the tightest spots. Not only that, but efficient finishing and grading is facilitated by a 500mm high, heavy duty dozer. 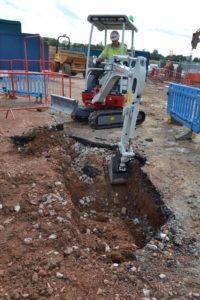 When S&R were in the market for new equipment one other major consideration was security, and again this Japanese manufacturer’s Takeuchi Security System (TSS) scored highly. As a result, fleet managers can be reassured that only programmed keys will start the machine, and the attempted use of anything but the correct key will generate an alert. Not only that, but Takeuchi Dealer Bow Plant Sales has installed the latest in CanTrack technology prior to delivery. “We’ve previously had a mini excavator from a different manufacturer and, having only been in possession of it for a two week period, it was stolen from an apparently secure site, so it’s something we were very sensitive to,” Charlie adds.

“An investment of upwards of ½ million is considerable for a company like S&R,” explains Zac Clulow of Bow Plant Sales. “We’ve made sure that they’ve been rewarded with the best equipment that their money can source, including MARTIN excavator buckets and Hill Engineering Tefra hitches, which are renowned for their durability over extended use.”

Becoming a multi-utility provider is far from a straight-forward procedure and the family run firm, spent a solid 18 months ensuring that it had the necessary accreditation, including inclusion on the Lloyds Register, a body which independently assesses the competency of contractors in the sector. “It was five years ago that we made the decision to focus on utilities and the growth has since been meteoric,” continues Charlie. “In fact, we’ll be looking at a £9 million turnover on that side of the business this year. Because we can install all the necessary utilities in one trench, we’re a one stop shop for the housebuilder, who might otherwise have to individually recruit a water, electric and gas company for the installation. If there’s road closures necessary for each of these, that can be avoid a considerable amount of disruption. That means that the trenches we are digging are larger and deeper, which is why the Takeuchi machines are invaluable. We’ve also ensured that they are ready for any site by over over-specifying on health and safety, for example, with green seat belt beacons and a reversing camera on the larger units.” 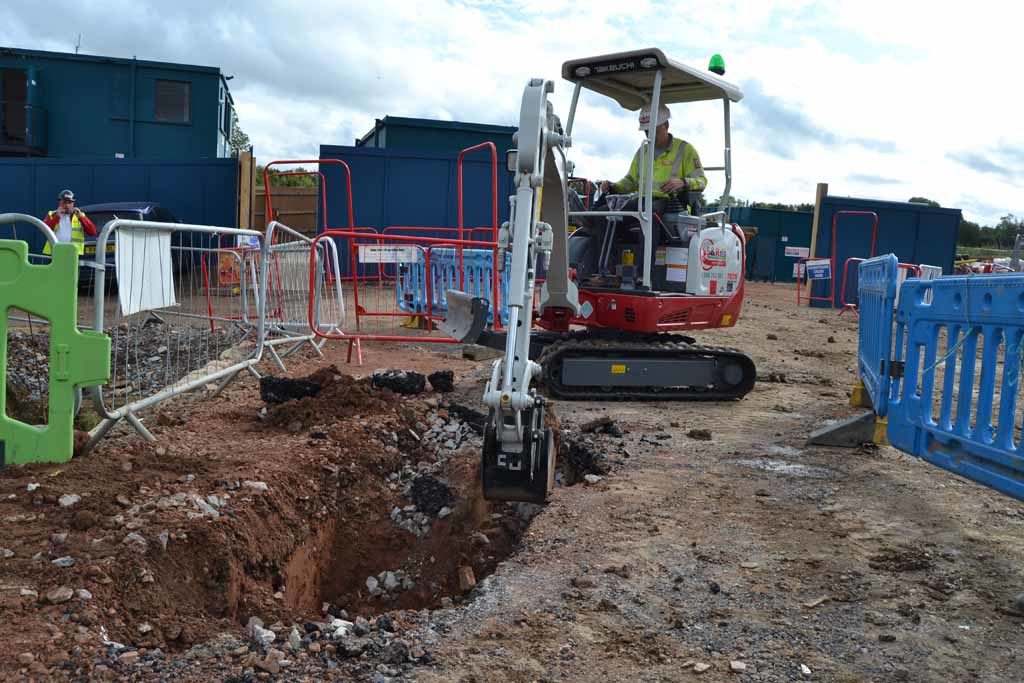