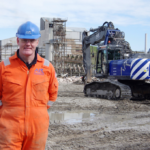 AR Demolition | A UK first for explosives at Croft Quarry

Innovative demolition specialists AR Demolition have used cutting-edge explosive technology to bring down structures at a Leicestershire quarry, in a UK industry first.

Continuing its track record for pioneering new technologies, the company has used military-grade hypersonic “kick and cut” charges to bring down a large screen house at Croft Quarry.

Richard Dolman, CEO of AR Demolition, believes the project is the first time such charges have been used in the demolition industry, without the normal pre-weakening activity usually needed to bring a structure down.

Mr Dolman believes the techniques can now revolutionise safety in the industry while minimising danger to on-site personnel.

AR Demolition, which is based in Carlton near Market Bosworth, has been working at Croft Quarry since the start of the year after being contracted to complete decommissioning demolition by site owners Aggregate Industries.

The explosives work was part of a joint project to demolish the 1,200 tonne screen house as well as 150 metres of conveyor belts at the bottom of the quarry pit.

Mr Dolman said: “No one has used this technology in UK demolition before. It was a project which has taken considerable forethought and planning and we are delighted with the results.

“It’s a major stepping stone for us and, in my view, a huge moment for our industry. The fact that you can bring down buildings by severing steel without pre-weakening is a landmark moment.

“Alford Technologies have been working on these theories for a long time but, until now, there has been typical reticence in our industry to adopt new technologies.

“So I’m pleased to have been able to put the ideas into practice and find new ways of increasing safety in our sector.

“It was our first opportunity to test the technology and we have learned lessons along the way. We’re now looking forward to using the method on future projects.” 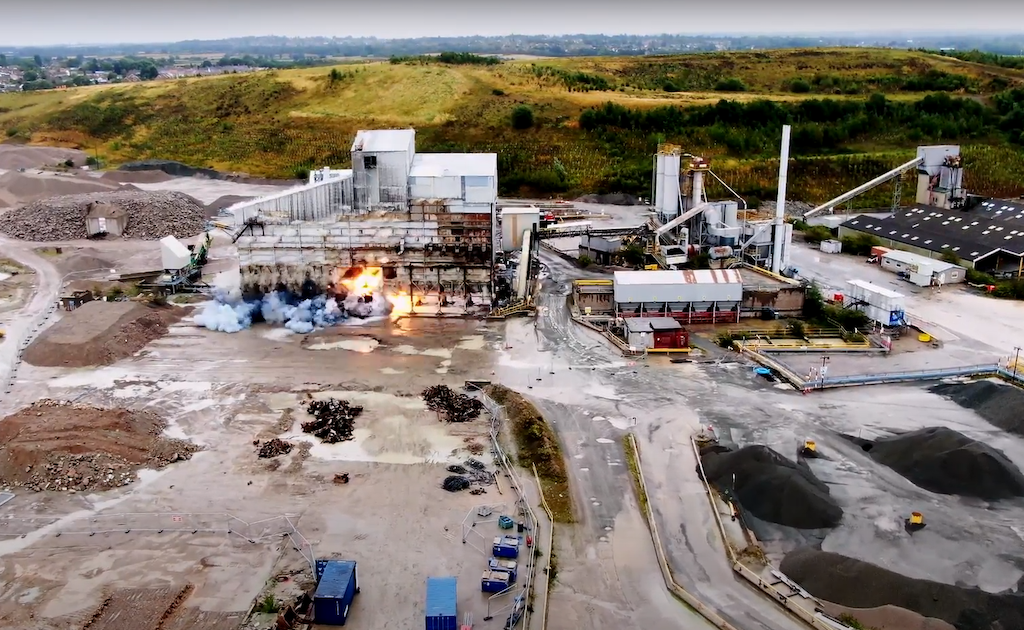 AR Demolition, based in Carlton near Market Bosworth, is making a name for itself as being one of the UK’s most forward-thinking and innovative demolition contractors.

The company has invested in cutting-edge Kiesel machinery, while its sister firm AR Aggregates has also invested in two pieces of kit from German manufacturer Kleeman, in a joint bid to improve efficiency, economy and safety performance. Mr Dolman has also pioneered the use of debris protection frames and dust suppression techniques.

The new relationship with Alford Technologies, based in Trowbridge, is the latest manifestation of AR Demolition’s mission to bring pioneering change to the sector.

Roland Alford, managing director and son of the company’s founder and chairman Dr Sidney Alford, said: “We are proud to have worked alongside such an innovative contractor to have brought this technology into practical, commercial usage. And we look forward to working with AR Demolition on future projects.

“We used our Dioplex charges to make a hypersonic blade which cuts through steel like butter, eliminating the need to burn and weaken steel beams.

“When combined with the Wallhammer kicking charge to remove the columns, the speed of these military grade munitions means they are relatively easy to control.

“Without the need to use human beings on weakening work, safety is greatly increased. If necessary, the charges can be placed by robots thereby removing the human element completely.

“The demolition industry now stands to benefit from the evolution of scientific improvements which, combined with the vision of a man such as Richard Dolman, mean that we can shape the future of the industry and improve safety for everyone involved.”

0 0 0 0
Previous : GAP Hire Solutions continues to develop and invest with AJC EasyCabin
Next : From garage to global force | JCB marks 75 years in business