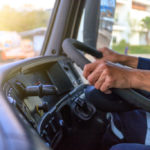 Transport issues are hitting suppliers to the construction trade, as builders’ merchants work to get supplies into their stores and deliver orders to customers.

Members of national trade body the Builders Merchants Federation (BMF), have reported widespread disruption and delays, with a shortfall in drivers able to transport goods across the country.

Across the BMF membership, companies are recruiting and retraining existing staff into driving roles, but have reported difficulties sourcing new and replacement drivers, as well as struggling to secure agency cover due to demand.

“We have two of our warehouse and yard operatives taking their tests shortly but getting courses and booking tests has become an issue with demand meaning months of waiting.”

The issues are leading to extended lead times for some products, and even failed deliveries.

BMF South West Regional Chairman, David Young, of Bradfords Building Supplies, said: “We have 16 LGV driver vacancies at the moment. We’re struggling to recruit and also no agency cover is available due to demand.

“The knock-on effect is lead times to our customers are extended by a day, from one-to-two days to two-to-three days.

“We do have 22 internal drivers being trained up but there are not enough test slots available so this is taking longer than normal.

“Suppliers to builders’ merchants have also been hit by the shortfall, resulting in restrictions on some products and failed deliveries at short notice.”

“The largest impact is on our suppliers resulting in product restrictions and failed incoming deliveries at very short notice.”

The issue comes as figures from The Road Haulage Association (RHA) show an existing deficit of 60,000 lorry drivers has been compounded by 15,000 European drivers leaving the UK and the cancellation of 30,000 HGV driving tests during the pandemic.

The BMF is now compiling information across its member network to share with Government and look towards a solution to address the issue.

BMF CEO, Mr John Newcomb said: “It is clear that there is a major deficit of HGV drivers and issues with training and supporting new recruits into the role, and this is now causing delayed deliveries and rising costs across the UK.”

0 0 0 0
Previous : Collins Earthworks going back to old-school cool
Next : Multi-million-pound investment in the Utilities Sector