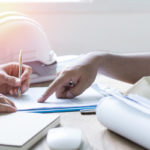 In 2019, the total value of industrial contract awards was £7.1 billion. This is up 11.2% on 2018 and follows a 20.1% increase on 2017. The industrial sector has maintained its strength throughout 2019 with the logistics, storage and warehousing featuring as the leading sub-sectors. In addition, some higher value contract awards were featured in the chemical & petrochemicals and R & D facilities sectors. 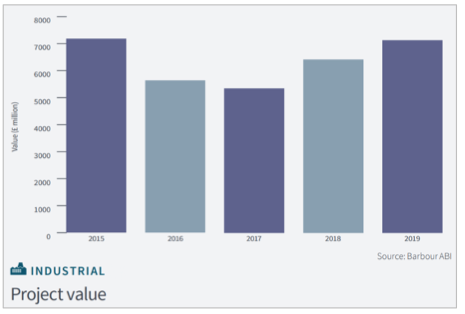 Analysis of regional activity shows that the leading region in 2019 was the South East with a share of 20.4% of contract awards. This is an increase of 8.0% on 2018. The second largest region was the East Midlands which was responsible for 12.3% of industrial contract awards during the year. However, this represents a decrease of 7.5% when compared to 2018. The third largest region was the North West which accounted for 11.9% of awards which is 0.9% ahead of 2018.

Detail planning activity for the industrial sector decreased by 5.0% in 2019 but this follows 4.4% increase in 2018. Total value of projects achieving advanced planning was £8.0 billion, returning to around the same level as 2017. The industrial sector remains robust compared with some other construction sectors and the strength within the planning pipeline is likely to maintain developer interest and provide a positive slant to construction output within the short- medium term. 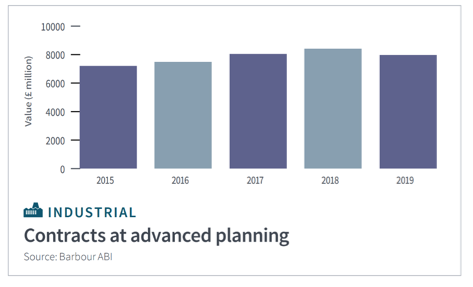 Commenting on the figures, Tom Hall, Chief Economist at Barbour ABI and AMA Research said, “Future growth is likely to be centred around the distribution, storage and logistics sectors which continue to benefit from the need by the retail sector to provide the infrastructure for online purchases. In addition, the current Government has made commitments to maintain its support for spending on research & development initiatives as well as pushing forward with the development of the Northern Powerhouse. In the past, most of the distribution growth has centred on the East and West Midlands. There are some signs that this growth is now spreading to the rest of the UK as distribution networks mature. Away from the distributive trades other drivers for construction output growth for both new work and RMI activities will include the food processing sector. Running contrary to this, the steel and coal sectors are unlikely to experience significant output gain into the medium-term.”