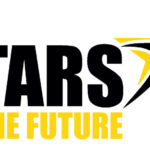 Nominations invited for CPA Stars of the Future Awards 2021

Nominations are now open for the Construction Plant-hire Association’s (CPA) Stars of the Future apprentice and trainee awards for 2021.

A total of six national titles are up for grabs and nominations are welcomed from plant-hire companies, manufacturers, contractors, suppliers and others operating in the construction plant sector with apprentices and trainees in their workforce.

The Stars of the Future winners will be announced at an awards ceremony being hosted on Thursday 1st July 2021. The closing date for nominations is Wednesday 31st March 2021 and nomination forms are available now on the CPA website at www.cpa.uk.net

Stars of the Future is a national awards scheme for apprentices and trainees in the construction plant-hire industry, organised by the CPA, the leading trade association for the plant-hire sector in the UK. The CPA has over 1,700 members who supply 85% of hired plant to the construction industry.

The CPA has decided to introduce the ‘Plant Installer of the Year’ award due to the number of trainees undertaking what is a dedicated occupation that builds, installs and in most cases, dismantles plant from a component base to one configured for operational activities. These would typically include tower cranes, crawler cranes, mobile cranes, hoists, tunnelling and material processing equipment.

Although a formalised apprenticeship for this occupation has yet to be devised, the CPA entry criteria requires that applicant trainees are on an employer-programmed training programme of at least 12 months duration and working towards or holding either the Plant Installations NVQ or SVQ or other form of formal occupational competence-based qualification for the machine type. A training programme for tower crane and hoist installers has been devised by the respective interest groups in conjunction with CITB and the Plant Installer occupation is listed as a CSCS category.

Kevin Minton, CPA Chief Executive said: “Stars of the Future recognises the UK’s most promising apprentices and trainees in the construction plant sector and the awards scheme is now in its ninth year. Each year it has grown in stature and it is now firmly established as the premier event of the construction plant sector for recognising and rewarding the skills and calibre of the industry’s apprentices and trainees.

“Last year we had over 70 nominees for Stars of the Future and the standard of entries was exceptional. We’re delighted that we’ve been able to extend the awards programme even further this year by introducing another new national title of CPA Plant Installer of the Year. We’d like to urge employers and companies in the construction plant sector to nominate apprentices and trainees who they believe should be recognised as stars in the making.”

Stars of the Future winners will be in contention for a number of prizes, as well as national recognition. Previous prizes have included Snap-on tool kits, iPads and an all-expenses paid trip to Germany to visit a Liebherr crane manufacturing plant.

0 0 0 0
Previous : How drones are changing construction
Next : GAP Group relocates to a new location in Cornwall