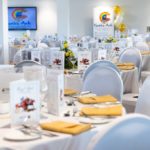 Chepstow Plant International, a national mineral and aggregates contractor based in Caldicot, has helped raise a whopping £72,000 for the Noah’s Ark Children’s Hospital Charity at its Royal Ascot Charity Day, hosted at Chepstow Racecourse. Having counted up the generous donations given on the day, Chepstow Plant International and Noah’s Ark Children’s Hospital Charity this week has announced that this year’s total was the highest-ever amount raised.

The annual event, which Chepstow Plant International has sponsored and organised since 2002, returned for the first time since 2019 on June 16th. On the day, 280 guests enjoyed a three-course lunch, afternoon tea, live TV coverage from Royal Ascot, a raffle and annual ladies’ hat competition.

The event culminated in a live auction, where businesses from across Wales and the UK bid on several lots, including a Toyota Aygo that sold for £15,000.

Chepstow Plant International has raised over £1,000,000 across the last twenty years for charities, with the last 15 years dedicated to provide for the 73,000 children who receive care at the Noah’s Ark Children’s Hospital for Wales in Cardiff. As Chairman of both Chepstow Plant International and the Noah’s Ark Children’s Hospital Charity, Eddie Hayward OBE has been instrumental in forging the close links between the two organisations, resulting in this substantial amount being raised for the charity. 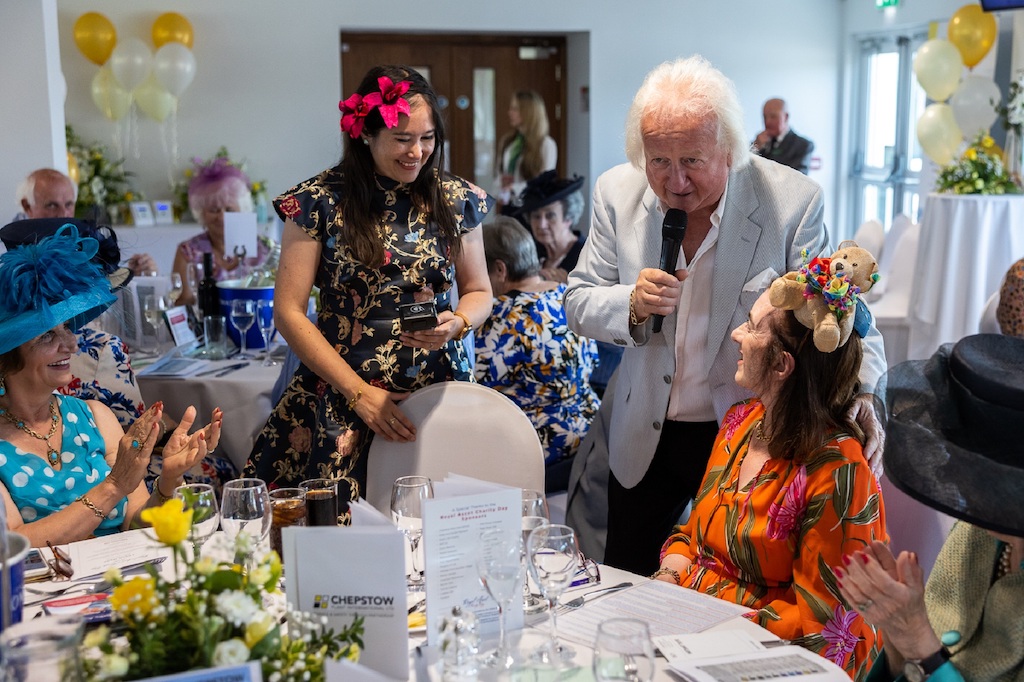 The money raised from the day will be used specifically for the charity’s Jungle Ward Appeal, which cares for children with complex medical conditions, provides support for young people in mental health crisis and delivers rehabilitation for children with brain injuries.

The Noah’s Ark Hospital Charity aims to raise £1 million this year so it can transform the Jungle Ward into a bright, stimulating environment designed specifically to provide the best possible level of care.

Commenting on the fundraiser event, John Corcoran, Managing Director at Chepstow Plant International, said: “It’s always an honour to sponsor the Royal Ascot Charity Day in aid of The Noah’s Ark Charity Hospital, and I’m absolutely thrilled that the total amount raised this year is our highest yet.

“The hospital has provided much-needed care for the children of Wales for many years now, and the Jungle Ward Appeal will help ensure that families can access specialist care without having to travel further afield, so it’s definitely a worthy cause. We look forward to supporting the Noah’s Ark Charity for many years to come.”

Trustee and Noah’s Ark Children’s Hospital Charity vice-chair Julie Hayward added: “After a three-year pause due to Covid, the annual Royal Ascot Charity Day at Chepstow Racecourse truly came back with a bang raising an incredible £72,000, topping the event’s previous fundraising record by £8,000! This is an event that our fabulous and generous guests return to year after year to enjoy a day out whilst helping to raise these incredible amounts for the Noah’s Ark Charity.

“The generosity of our sponsors, guests, auction prize contributors, bidders and all of those involved in staging the event has given our Jungle Ward Appeal a huge boost and taken us a big leap forward in our goal to achieve the best facilities and environment possible for the hundreds of children cared for there each year at The Noah’s Ark Children’s Hospital for Wales.”