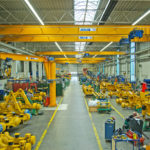 The Eisenach-Kindel factory opened in 2003 as the company’s first production facility outside of South Africa.  Situated in the heart of Europe, the factory offers the best access to existing established Bell markets in Western Europe and has also proved to be an ideal base from which to provide for the emerging Eastern European markets.  Additionally, the close proximity to Bell Equipment’s European technology partners and suppliers of drive and control components minimises lead times, improves cost structures and optimises flexibility in terms of production planning.

The original 6,000m² assembly plant was purposefully designed to assemble all Bell Equipment ADT models from the smaller trucks to the giant 50-tonne vehicle.  It was intended for a maximum output of 20 units per week in a three-shift operation.  However, the introduction of the Bell E-series trucks in 2013 led to an increase in demand and a need to escalate production.  The result is the current extension of the existing facility, which on completion will provide an 18,000m² structure for production and storage.

The long-term plan for the new factory is the incorporation of more componentry fabrication.  The selection of components to be introduced will be driven by lead-times, flexibility and, ultimately, how best to fulfil customer expectations.  Bin fabrication will be the first service to be relocated to the site, as most of the high-quality steel used for the bin structures is sourced from European suppliers, helping to reduce travel times and costs.

To complement the extension of Eisenach-Kindel and to better optimise reaction times, logistics and general production efficiencies, Bell Equipment has also invested in a new European Logistics Centre.  Officially opened in September 2017, this new facility was the first development to solely support the Northern Hemisphere markets and will further strengthen the company’s offering in Europe. 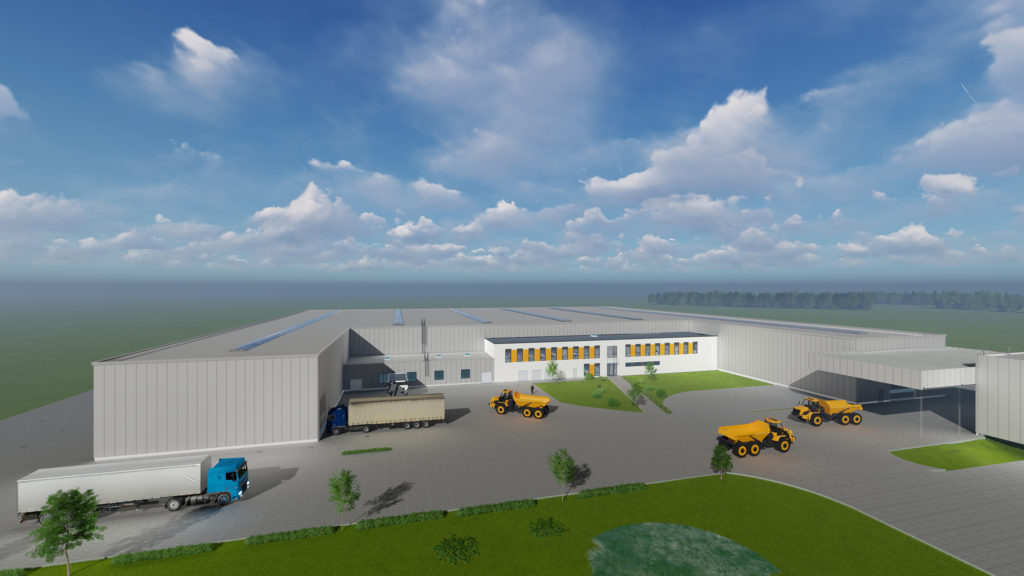 Nick Learoyd, managing director of Bell Equipment UK, comments, “This expansion is a significant development for Bell Equipment in Europe.  The ability to increase production levels and reduce delivery times will be invaluable to our customers in the region.  The new state-of-the-art facility is also a demonstration of our commitment to providing only the highest quality product backed by the customer service now expected from Bell Equipment.”

0 0 0 0
Previous : Cost Pressures Cast a Shadow Over Construction
Next : ANDOVER TRAILERS: Get a ‘Loader’ This