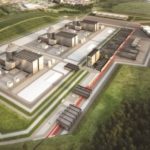 Contractors Call For Certainty Over Moorside

Civil contractors today asked for clarity from Government regarding plans for a new nuclear power station at Moorside in Cumbria, after Toshiba’s decision to wind up its nuclear arm NuGen threw plans for the scheme into doubt.

The scheme had been projected to create between 14,000-21,000 jobs over the lifetime of the project – including peak on-site employment of more than 6,500.

Commenting, Director of the Civil Engineering Contractors Association (North West) Guy Lawson said: “The decision to wind up NuGen is a potential hammer blow to the nuclear sector in Cumbria, and the local economy.

“The area is home to the UK’s greatest concentration of companies and workers with genuinely world-leading capability in nuclear delivery and operation.

“It is essential that this competitive advantage and the nuclear skills base are maintained, through sustained investment in nuclear new build, harnessing this capability and delivering low carbon energy to power the UK economy.

“CECA has long campaigned for new nuclear as a vital component of the mixed portfolio of electricity generation the UK will need as we transition towards a low-carbon economy.

“With Toshiba’s decision now made, we call on the Government to act promptly, working with industry to consider how the Moorside project can continue.

“Back in January, KEPCO announced proposals to rescue the project, as a potential preferred bidder. We now call upon the Government to give a clear statement of intent to support the Moorside project and identify a preferred bidder.”