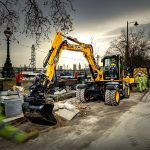 How Much Did Delays Cost Construction in 2017?

A recent report has been published into the effect delays are having on the UK’s construction industry.

In the United Kingdom, the IHS Markit/Chartered Institute of Purchasing and Supply Purchasing Managers Index measures the performance of the construction sector and is derived from a survey of 170 construction companies.In August 2017, the index dropped to a one year low of 15.1 down from 15.9 the previous month and well off the expected 52 that was forecast.

With this in mind, there has never been a more important time to ensure that all costs are kept to a minimum. A recent survey by Cornerstone Projects (A leading supplier of utility plans to the construction industry) has highlighted that delays in construction projects are a major cause of escalating costs.

Time performance is one of the most crucial factors when working on a project for the contractor company working on it. It is every contractor’s (as well as customer’s) aim that work is completed in time.

However, a good number of projects experience time overruns. The survey conducted included 61 respondents, all representing various players in the construction industry. 39.6% of the respondents were primary contractors, 32.8 consultants and 21.3% were designer. The remaining 6,6% was made up by subcontractors.

Out of all of the respondents, only 9 of them said that they have never been involved in delayed construction projects. The remaining has at some point seen their projects suffer from delays. Clearly, the prevalence is quite high, especially considering that these are professional companies.

From the survey, it was evident that the estimated delay, as a percentage of the estimated delivery time is less than 20% in most cases. Only 9.8% of the participants had experienced projects that went beyond 20% of the expected time. This is consistent with several studies conducted in other countries that suggest a 10 to 30% delay in delivery of some projects.

There were varying responses from participants on the costs due to delays. This may be attributed to the fact that the financial consequences of delays are determined by the terms of the contract, and insurance covers of the companies. Sometimes, the client bears up to 90%.

All of these increments are significant enough to affect profitability in the industry and show how deep the problem of delays cuts.