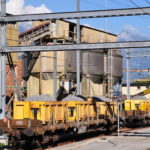 “The construction sector has received an early – and unexpected – Christmas present. Months of see-sawing demand have settled into a semblance of stability and steady growth. In many ways construction is returning to type. Housebuilding has reclaimed its crown as the fastest growing sector within the industry, and the chronic shortage of labour is driving up building costs across the board.

“While the pace of job creation has risen to its highest level for nearly three years, the hiring spree is being constrained by the shrinking pool of available workers. With official immigration statistics showing net EU migration to the UK is at its lowest level for six years, contractors are being forced to look harder – and pay more – for recruits.

“Nevertheless this PMI report shows solid progress for the industry. New orders continue to trickle in and optimism levels have rebounded – though the jump is flattered by comparison with the October figure, which plunged close to a level not seen since the dark days of 2012.

“Yet this latest snapshot of the industry is far from an unalloyed triumph. Brexit uncertainty continues to hover like a confidence-sapping cloud over investors’ decisions, and the spectre of cost inflation is returning too. Despite the fall in oil prices, rising transport, material and labour costs are all combining to squeeze contractors’ profits. With low demand forcing builders to bid low for the few new tenders available, margins are being cut to the bone and this is pushing many weaker players to the edge of the abyss.

“Nearly a year on from the implosion of Carillion, the market stresses that contributed to its collapse continue to take their toll, forcing scores of smaller construction firms into insolvency.”