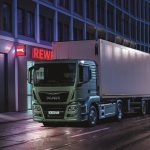 Switching On to Electric Could Save Fleets £14 Billion a Year

If all of Britain’s vans and HGVs were to switch to electricity, businesses could save around £14 billion a year in fuel costs alone, according to a new report published today.

The report also reveals the results of a survey of 149 fleet professionals about their current use of alternative fuels and plans for the future. It finds that 62% of fleets now contain AFVs, with the most common types being electric and hybrid cars.

There is a strong will from fleet professionals to adopt green fuels, with 82% of those surveyed believing that it is important for fleets to move towards AFVs, and many doing so. With manufacturers improving technology and governments introducing new incentives, 42% of fleets plan to add more AFVs within the next two years. However, 28% of respondents to the survey said that their organisations should be doing more to switch to alternative fuels.

Fleets name infrastructure and vehicle costs as the biggest obstacles in the way of AFVs uptake. Other include electric vehicle range, as well as the availability of suitable gas and biodiesel vehicles.

However, most fleet professionals think that the introduction of Clean Air Zones – set to be introduced in Birmingham, Leeds, Nottingham, Derby and Southampton by the end of 2019 – should help. Almost two-thirds (65%) say it will make them more likely to use AFVs.

“Fleets cannot afford to ignore the amazing potential of alternative fuels – and, thankfully, they’re not. Our report shows that 82% of fleet professionals believe that it’s important to move to AFVs. This number and many others from our survey are only going to keep on rising as the Government does more to encourage green motoring.
“However, our report also highlights a number of obstacles along the way – most significantly, infrastructure and the upfront cost of AFVs. These should be a focus of transport policy going forward.”

Commenting on the findings of the report, Professor Jonatan Pinkse of Alliance Manchester Business School, said:

“We have never had such a great opportunity to advance the development and prevalence of AFVs. Though technologies such as electric vehicles are not necessarily new, this is the first time that AFVs have received such a great deal of support across the board.

“While it is clear that there are still a great many barriers for adopting AFVs, even now the advantages far outweigh the disadvantages. My own research has pointed to the need for AFV providers to capitalise on current positive sentiment towards green fuels by demonstrating their value to customers and businesses as a green service.
“This is a truly exciting moment for AFVs. We are only seeing the tip of the iceberg in terms of the innovation and benefits they are set to bring to businesses and consumers alike in the future.”

Jonatan Pinkse is a professor of strategy, innovation, and entrepreneurship at Alliance Manchester Business School, University of Manchester.

0 0 0 0
Previous : CECA: New Money For Roads Repair Welcome
Next : CAT: Easier Than Ever to Own Compact Plant