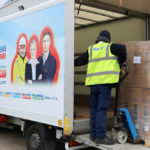 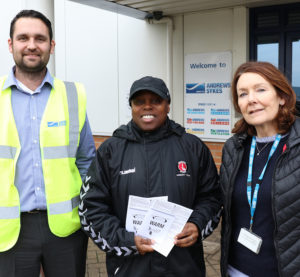 As many as 60 oil filled electric radiators will be dispatched to those who need them most and are struggling to afford their heating, not only in Greenwich, but also across Southwark, Bromley and Bexley.

The heaters are being provided by Andrews Heat for Hire, a business whose roots lie south of the city. As a local company, the majority of employees working at Andrews’ flagship depot in Charlton are based in the surrounding areas and so it’s very fitting that they are in a position to help those living among their own workforce.

The company has prepared two pallets of radiators ready to be sent out at a moment’s notice. Council chiefs believe up to 100 local people could benefit.

Deb Browne, CACT’s Head of Health Improvement, said: ‘’This is a great opportunity for us because the heaters Andrews are providing enable us to help people further afield than just Greenwich. For example, one of these heaters has already gone to a lady in Southwark because it’s a perfect fit for her. The Stay Warm Stay Safe campaign runs between October and March and helps people who have to spend more than ten per cent of their income on energy such as heating and lights. We also help with carers who look after people who are over 60 and disabled. We also check people’s homes and the temperature. We basically go out onto the streets of the five boroughs and ask people if they need support’’.

Browne added that, for some residents, a warm pack could be enough. Containing soup, blankets, thermometers, hats and gloves, these packs are handed out to people who are unable to afford to crank up their heating as much as they would like.

Andrews Heat for Hire have been partnered with CACT for more than a decade. Their southern regional director Mark Page said: “We understand that this time of year can be particularly difficult for a significant demographic of society and so it’s only right that we can play our part in improving people’s situations. As our relationship expands, we have started to work together to provide extra services and support for Royal Greenwich residents, who are at risk of being affected by the cold weather over the winter months. 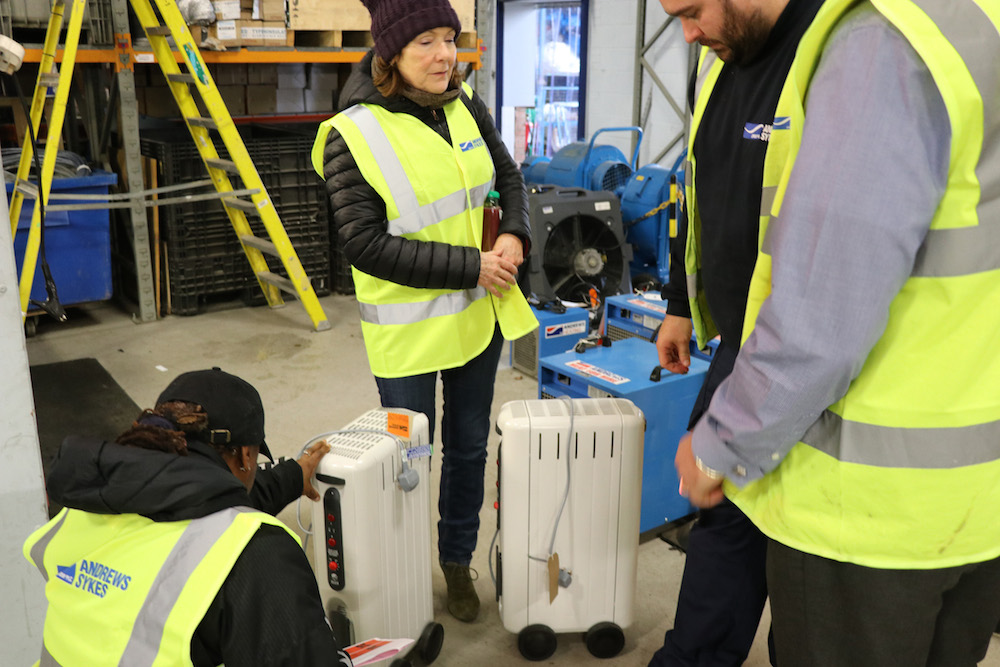 “We’re glad that our units will provide warmth and safety to many people this winter and are proud to support a campaign that does so much for the local community. By getting on board and working with the Trust, we are able to make a big difference to many lives and offer an important but basic amenity that is often taken for granted. We see this very much as a long-term project in terms of our involvement and look forward to improving the welfare of a large number of people across the borough and beyond. We have been involved in the trust for more than ten years but this is the first time we have provided equipment. It all started with a conversation between our MD Paul Wood and the CEO of the charity. We have provided equipment to charities before – but usually it’s Battersea Dogs Home.”

CACT is commissioned by the Royal Borough of Greenwich’s Public Health and Wellbeing department to deliver a whole range of services in the Borough and have been doing so for 12 years. The charity is also involved in everything from programmes which help people to be active to mental health projects and crime reduction initiatives.

The Royal Borough of Greenwich’s Stay Warm Stay Safe campaign is aimed towards residents over 60s and those with learning difficulties, physical impairments, mental health problems and financial issues, that are at risk of suffering due to low temperatures.  Additionally, the campaign offers free room thermometers, advice on keeping active and healthy throughout the winter months, benefit entitlement checks and referrals and food bank vouchers.

According to the NHS, when temperatures drop below 8C, vulnerable people can become highly at risk of extreme diseases, such as heart attacks or hypothermia. Advisors can also offer advice on keeping active and healthy in the winter months and carry out a benefit entitlement check. They can also refer residents on to other support services and signpost them to the extensive range of Greenwich Healthy Living Services such as exercise, healthy eating and smoking cessation support.