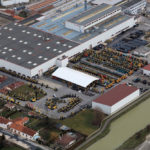 It’s a small world in the UK construction sector with our mini excavator market now super sizing to become the largest in Europe. As a consequence, companies like Yanmar are looking to dig out their share of the more than 15,000 units sold annually, and the Japanese manufacturer has a clear plan to do just that.

Yanmar Compact Equipment is already a true global player, with a 2017 turnover in excess of £315 million, and over 900 employees on the payroll. A network of 261 dealers across 37 countries services its customers with machines from 0.8 to 12.5 tonnes, and it is that dealer model that’s now set to become a feature of Yanmar’s presence in the UK and Ireland. Since A&Y lost the exclusive rights to import the machines, the manufacturer has been busy establishing a nine strong dealer network, with ambitions for up to 18, a move that it is hoped will bring the makers of these yellow and black machines much closer to its end users. 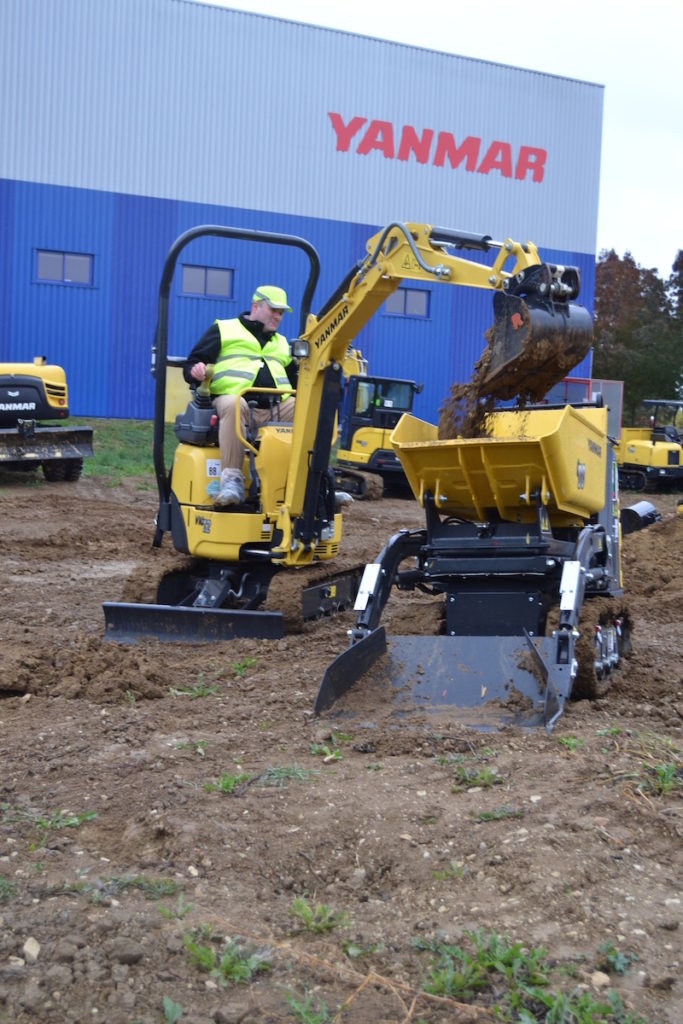 That sales and service infrastructure is complemented by a considerable pedigree in construction plant, and a product range that can already compete with the market leaders. Yanmar was the first manufacturer to bring a zero-tail swing unit to market, for instance, launching the concept at Bauma as far back as 1995. That only represents a fraction of the experience the company can boast, however, because, with the celebration of 50 years of mini excavator production in 2018, this still privately owned business is squarely amongst the pioneers of the whole concept of compact excavators. Indeed, Yanmar’s presence on the continent sees it already enjoy a market share of typically between 10 – 16 per cent, a success story it is keen to replicate on these shores.

The complete service Yanmar offers to its customers, from initial sale to on-going support, is underpinned by the quality it imposes on every stage of assembly and that begins at the very outset, with the sheet steel it expertly cuts, bends and welds into shape. A typical mini excavator will comprise more than 1,500 parts, the vast majority of which are made at its St Dizier factory. By controlling as much of the process as possible, and eliminating external suppliers, the result is very low warranty costs, whilst all of its excavators will naturally feature Yanmar engines shipped in from Japan. St Dizier is actually one of two European production facilities, with the second in Crailsheim, Germany, and it is the plant in the Champaigne region of North East France that is responsible for 18 models of crawler excavator from 1.5 to 6 tonne, with the smallest 1.2 tonne units still made in the land of the rising sun.

One assembly line might put together all classes and weights of machine but there’s still considerable differentiation on offer in the finished product. Around 25 per cent of machines produced are bedecked in specific customer colours by an in-house paint shop, for example, and a special edition SV60 model in the original Yanmar colours of red and black has also been rolling of the line in 2018 to mark the manufacturer’s anniversary. Similarly, a separate workshop will customise machines for the demands of specific sectors, such as demolition, whilst excavators can be transformed into true multi-taskers with a complete range of attachments and quick couplers. Yanmar works with Steelwrist to supply a tiltrotator option to its customers and, with a relatively low level of penetration into the UK for the tilty concept compared to the continent, this could well be an area of growth. 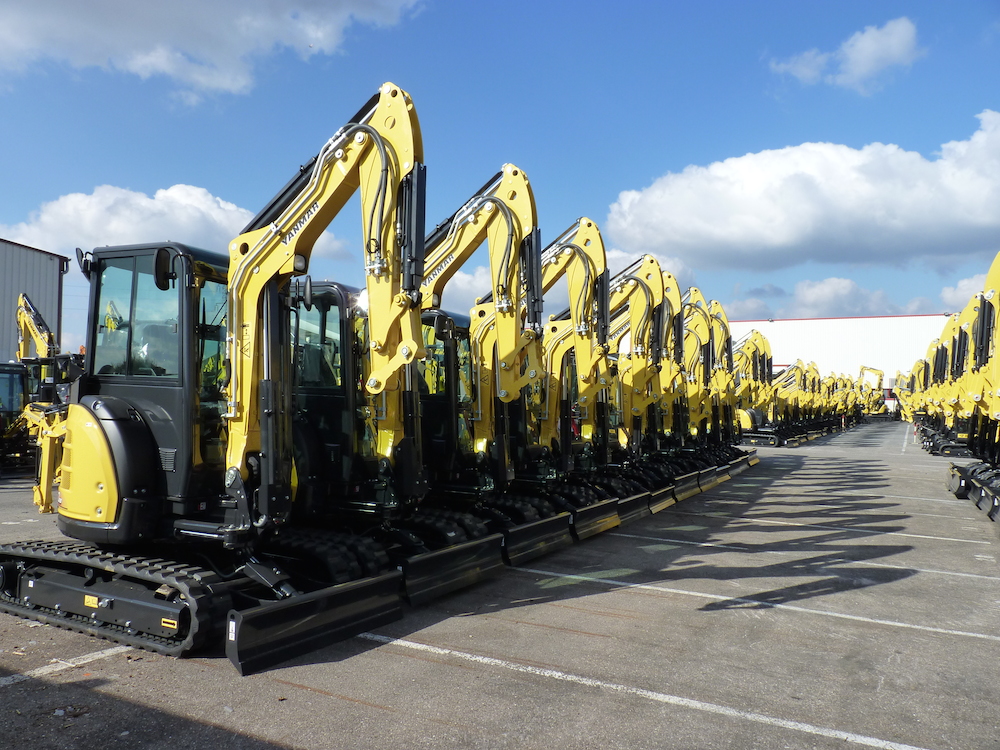 As you would expect from a company with half a century of history in the field, the breadth and scope of the solutions it has developed in that time is considerable, spanning not just its crawler mini and midis, but three models of wheeled excavator from 7.5 to 11 tonnes and five wheeled loaders in the 4.1 to 7 tonne range. That’s complemented by three Japanese-made tracked carriers, all of which are available to UK contractors and hire firms.

Any of the machines with zero tail swing in the portfolio are designated “ViO”, with the prefix “SV” indicating “Semi ViO” and, amonst the former, the 8 tonne ViO80 is this country’s volume product. The 7 or 8 tonne machine is the unit likely to be utilised on a house-building site for the longest and, with that sector continuing to power construction output, the popularity of the ViO80 is unlikely to change. Whilst this machine is targeted at the rental market primarily, it has now been joined by a higher spec sibling in the ViO82, which will appeal to end users.

Other new products include the SV60, a 5 tonne ‘business class’ midi, with the aforementioned ‘SV’ designation pointing to a short rear overhang and minimal front turning radius that provides a 3,565mm working envelope, but the new innovations don’t end there. Every manufacturer now needs to provide enhanced levels of connectivity if it is to continue to compete and Yanmar’s SmartAssist Remote fleet management is designed to do just that. This telematics system will allow fleet managers to interrogate the performance of their plant, including location, usage, and fuel consumption whilst also optimising maintenance plans.

In the months ahead this compact plant specialist has plans for further product launches, and the UK dealer infrastructure will also continue to expand. Indeed, the scale of the ambition is sending a clear signal to the UK market, and it has the products, pedigree and expertise to build the kind of loyal following the machines deserve. 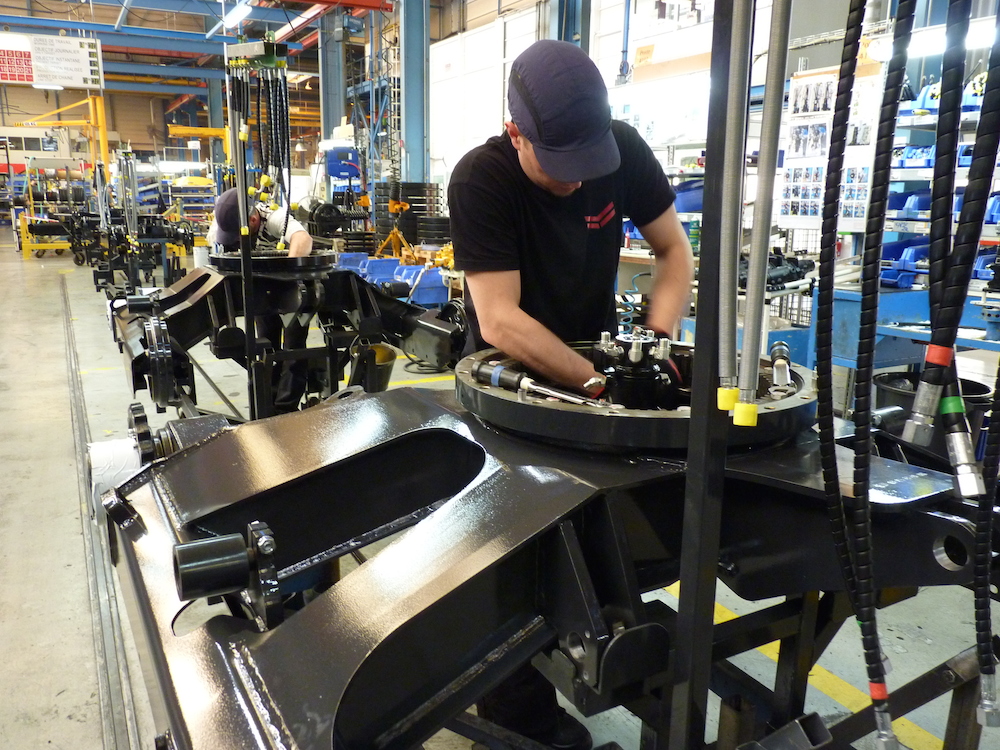