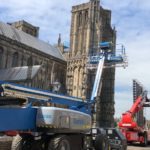 Construction Plant News Editor Lee Jones reports on a hirer who is providing a platform for some of the nation’s finest TV and film companies to perform.

With a list of credits that would be the envy of any A list Hollywood star, Media Access Solutions, supplies the working at height expertise on which a host of prestigious productions depend. From James Bond to Star Wars, as well as small screen hits like Bridgerton and Peaky Blinders, the company’s machines can be found hard at work in studios and on location across the country. 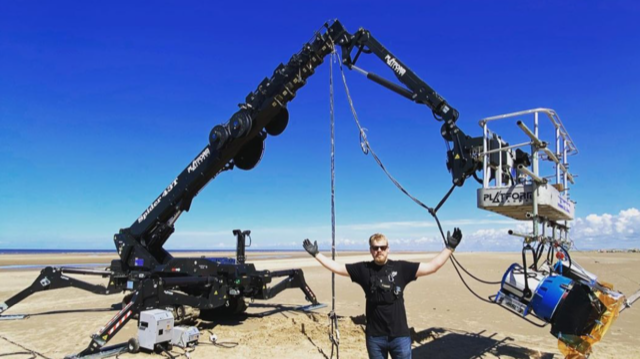 Media Access Solutions is the product of founder, Tim Kendall’s dream to set up a hire firm dedicated to TV and film and has been operating its own extensive and growing fleet since 2017. “It’s a fast-paced and demanding industry, with deadlines that need to be satisfied immediately,” enthuses Tim, “but a hugely exciting one to be involved in. We’re the only media-specific supplier of access equipment in the UK,” he continues. “As a result, we understand what producers, best boys, gaffers and riggers on set require, and that’s why the largest studios and production companies trust us as a supplier.”

Hybrid and electric units are much in demand on shoots and over 75 per cent of the machines in the hirer’s fleet feature those environmentally friendly powertrains. “Nifty Lift were a manufacturer who supported us from our inception and we’re very proud of the fact that we now run the largest fleet of HeightRider 28 (HR28) 4×4 machines in the world,” enthuses Tim. “There’s now 43 on our books, and they are a versatile, highly maneouvrable and productive two-in-one solution that can be operated outside on diesel or inside in a studio setting with battery power and non-marking tyres. They’re low noise, and benefit from a 280kg basket capacity, which is the biggest on the market for a machine with that height reach. That makes them very popular with lighting crews, which is where the majority of our work is sourced.” 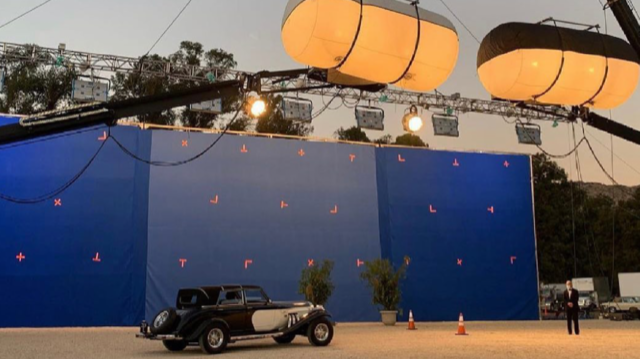 In order to be compatible with the modern Computer Generated Image (CGI) requirements of TV and Film, many of the machines that Media Access Solutions provides are sprayed black, a colour which is factory-applied by the manufacturer, and is a unique feature in the UK hire sector. “It is an additional cost, and does reflect the residuals, but we do operate in a specialist field and need to supply what our customers need. We’ve also had some of the backet attachments specially adapted for set work. In addition, we encourage our clients to allow us to conduct site visits so we can satisfy ourselves that they have the right machines for the location and shoot.” 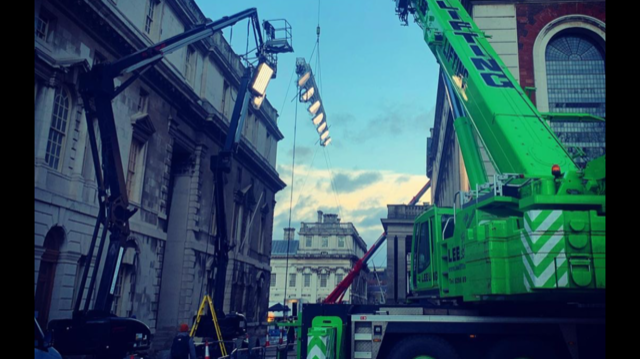 Current projects include the latest Captain Marvel production at Pinewood, where over 30 Media Access Solutions machines will be in operation for up to six months, whilst location shoots are typically of a much shorter duration, but in every instance Tim and his team are often required to move quickly. “When big budgets and tight deadlines are at play you need to be able to deliver yesterday and I’ve had producers phoning me in the early hours of the morning desperate for a platform,” he admits. “There are so many variables involved in being able to keep a film schedule on track, from the weather to the availability of the cast, and it’s an industry that often operates at very short notice – and that’s a reality that has been exacerbated by the restrictions associated with the Covid-19 landscape. Not only that, but they need the equipment to be reliable and that’s why we only offer the most advanced solutions.”

When it comes to the business of showbusiness only the best machines will make the cut and that’s why Media Access Solutions can deploy some heavyweight performers, like its two 56m Bronto Skylift S 50 XDTJ 50 boom lifts, which are supplied on an operated plant basis. Moreover, there’s a wide range of JLG and Genie telescopic and articulating booms, with solutions up to a height of 135ft available, as well as extensive portfolio of spider lifts. The hirer operates from three depots, with its main Leighton Buzzard, Bedfordshire facility within striking distance of some of the large studios around London, another next door to Shepperton Studios in Surrey, with a further base in Rotherham, South Yorks, as well as a head office in Birmingham. There are also plans to open an additional site in the Manchester area in order to service Salford’s Media City. 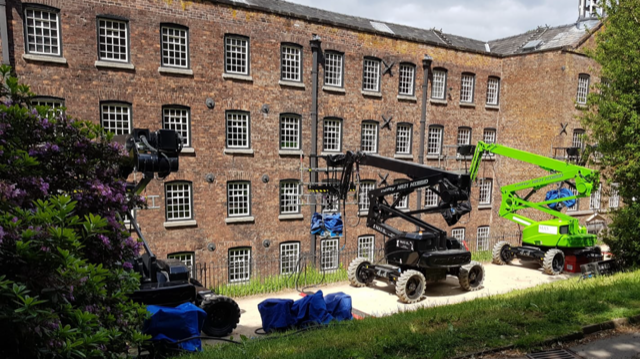 The lockdown of March 2020 brought the curtain came down on many studio productions, but since July of last year Tim has reported record levels of activity as the industry works its way through a backlog of film and TV programmes that have previously been delayed. Tim and his team have the expertise and equipment to supply the industry exactly what they need and, with an extensive network of suppliers, at their disposal can deliver when required. 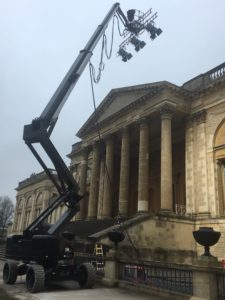 “There is a real sense of satisfaction in knowing that we’ve played our part in some much-loved entertainments,” concludes Tim. “At one point last year, we were supplying 20 truck-mounts to Disney for the filming of Cruella in Parliament Square, for example, and getting the logistics of that right is no mean feat. When you’re working on a city centre location like that even the basics of plant hire – such as pick up and delivery – have to be performed with precision, because any potential delays can be very costly.

“Some of the largest film franchises on the planet are now produced on these shores, and in many ways the UK is the new Hollywood, with crews that are the envy of the world. That needs to be reflected in the supply of machinery and, as preferred suppliers of Netflix, Disney and Warner Bros, the levels of service, safety and reliability we provide contributes what is a real UK success story.”

0 0 0 0
Previous : First Aspen A-62 Underbridge Inspection Unit in Europe goes to Facelift
Next : The Portable Sanitation and Welfare Expo to take place at the Warwickshire Event Centre