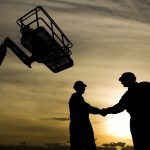 With the latest Powered Access Rental Market Report published earlier this year, Matt Brereton, Communications Manager at IPAF, which commissions the publication each year, gives an overview of the key findings.

IPAF’s Powered Access Rental Market Report for 2017 has just been published, however, and is generally very positive across the board, with Europe and the US exceeding expectations and experiencing steady growth.

Particularly interesting is the fact that the UK’s MEWP rental market outstripped the wider construction sector in terms of growth by three to one across 2016, showing little sign of any cooling effect from Brexit as other parts of the economy seem to have experienced in the second half of 2016 and early 2017.

This suggests that despite being one of the world’s most mature powered access rental markets, there is still opportunity for growth and a strong return on investment in the MEWP sector, and particularly through specialisation and a robust safety record.

In Europe, all the countries under study found themselves with growing rental markets for the first time since the downturn in 2008. As a whole, key drivers on the continent were economic growth and falling unemployment, coupled with renewed construction activity in the years following the economic downturn.

All ten European countries in the study saw positive growth for the first time since the downturn, and countries such as Spain, which outperformed the European average, did soon on the back of a reinvigorated construction sector, which also grew by around 7 per cent across the year.

While the construction sector in the UK did not fare so well, growing just 1 per cent as a whole, the MEWP rental market outperformed that figure by three to one. In more mature markets such as the UK intense competition suppressed or drove rental rates down, though companies generally increased fleet size and utilisation to compensate.

One sure sign of even the most mature global powered access markets still having much to offer was the entry during 2016 of construction plant specialist JCB into the sector with its new Access division.

That is not to say the UK MEWP industry does not still face some significant challenges and potential future barriers to growth and profitability – Brexit chief among them – but also various potential legislative and operational changes currently under discussion.

For instance, there are moves to remove exemptions from stringent emissions testing from many lorry mounted and non-road-going MEWPs, while green policies in city areas such as London could also hamper the safe and effective use of specialist MEWP equipment if not consulted on with the industry correctly.

In 2017 IPAF has co-ordinated with the Construction Plant-Hire Association (CPA) to develop clear guidance on the correct procedure for issuing product safety alerts and also on the need for a robust Inspection, Maintenance and Thorough Examination procedure.

IPAF, and the committees on which IPAF representatives sit, continue to take a lead from within the industry on matters of safety, technical guidance and training, and to that end has been feeding into key research about the design of MEWP controls that will inform global manufacturers in the design and delivery of new safer and more sophisticated equipment.

From September 2017 all rental members of IPAF in the UK will have to adhere to a strict new checking and vetting process in line with the organisation’s existing IPAF Rental+ scheme, in a further move to help IPAF member companies differentiate themselves from the competition in an increasingly mature and competitive marketplace.

The move was driven from within IPAF’s membership, and is aimed at assuring contractors and end users of rented MEWP equipment will continue to receive safe, effective access solutions and the highest possible standards of customer service.

Mergers & acquisitions have been a major feature in Europe in 2016, and that activity has continued into 2017 – earlier this year Loxam bought out the Lavendon Group and TVH acquired Gardemann – perhaps driven by a desire for European consolidation and no doubt with an eye to capturing a greater share of emerging markets and new growth on the fringes of the European access industry, in Eastern territories, the Nordic and Baltic states and in Turkey.

There is also encouraging news in terms of the powered access industry’s global fatal injury rate (FIR), which according to unique research carried out on an ongoing basis reduced significantly during 2016.

The FIR declined despite the fact that the total MEWP rental fleet and the number of rental days worldwide increased significantly over the same period.

The data, exclusively collated and interpreted by IPAF, indicate that in 2016 there were 66 reported fatalities involving MEWPs worldwide, compared to 68 deaths reported in 2015. There were fewer fatal overturns (12 per cent of total fatal incidents, as opposed to 27 per cent in 2015), but entrapments accounted for a higher proportion of the reported deaths (18 per cent) than the year before. In 2015 electrocution and entrapment both accounted for around 15 per cent of the total reported fatalities.

Investigations show that accidents are most often due to management failings or operator error, which can in almost all cases be anticipated and avoided, or at least mitigated.

This is why in 2017 a ‘back to basics’ safety agenda is to be launched, reminding operators and managers of the need for good risk assessment, choosing the right equipment for the job, proper training for users and supervisors, sound technical and safety guidance and a robust incident reporting regime under which lessons are learned and shared across the business and the wider industry.

All manufacturers, rental companies, contractors and users are encouraged to report any known accidents (not just fatal and serious accidents) involving MEWPs and MCWPs (mast climbing work platforms) worldwide at www.ipaf.org/accident. This information is used to make the powered access industry even safer than it is today. As well as headline economic indicators and safety statistics, the annual Powered Access Rental Market Report also delves into other areas, including MEWP rental penetration, applications, power sources, value growth, investment over a ten-year period, including equipment purchases and typical payback periods. In Europe investment is expected to grow steadily in 2017 but is forecast to plateau in 2018.

In Europe and the US return on investment (ROI) improved slightly, with the average payback period on new equipment decreasing for booms in Europe. In comparison, the US MEWP rental fleet showed a marginally better ROI than the European fleet.

The Powered Access Global Rental Market Report 2017 is now available in English only. The report is compiled based on interviews with rental companies and other industry experts globally and the research for this year’s report were conducted in April 2017.

The report is available to purchase in full via www.ipaf.org/reports, while last year’s version can be purchased at a 50 per cent discount and older versions of the report can now be downloaded free.