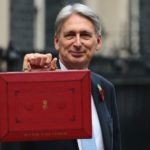 CECA Respond to Budget 2018: “Good for Industry and Taxpayer Alike”

Civil contractors today welcomed measures announced by Chancellor Philip Hammond that signal an increase in
transport investment, but said that schemes needed to be brought forward to market rapidly to secure the UK’s economy.
The Budget announced the biggest ever strategic roads investment package and a range of spending measures that
will mean the Government will be investing £9 billion a year more in infrastructure than in 2015.

Further measures announced include:
• Over £950 million of new funding for the Scottish Government, including £150 million for a Tay Cities Deal;
• Over £550 million of new funding for the Welsh Government, a review of Welsh Government borrowing powers to
support the M4 relief road, and £120 million for a North Wales Growth Deal;
• £420 million to local authorities in 2018-19 to tackle potholes, repair damaged roads, and invest in keeping bridges
open and safe;
• An extra £240 million to the six metro mayors for transport investment in their area: £21 million for Cambridge
and Peterborough, £69.5 million for Greater Manchester, £38.5 million for Liverpool City Region, £23 million for
West of England, £71.5 million for the West Midlands, and £16.5 million for Tees Valley;
• An increase to the National Productivity Investment Fund (NPIF) from £31 billion to £37 billion;
• Support for apprenticeships for SMEs, with a cut from 10 per cent to 5 per cent contribution to the Apprenticeship
Levy.

Commenting, Director of External Affairs for the Civil Engineering Contractors Association (CECA) Marie-Claude Hemming
said: “We welcome the Chancellor’s recognition of the importance of infrastructure investment in all parts of the
UK, and there are a number of measures announced today that will be good both for industry, the taxpayer, and the
economy as a whole.

“In his last Budget before the UK leaves the European Union, the Chancellor has sensibly sought to bolster the economy
by targeted investment in transport infrastructure and support for apprenticeships.

“Industry and Government at all levels must now work together to ensure these investments are brought forward to
market expeditiously,