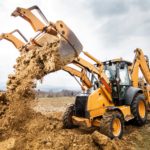 Commenting on construction figures published by the ONS today, which show that output increased by 2.1% in the third quarter of 2018, Clive Docwra, Managing Director of leading construction consulting and design agency McBains, said:

“However, issues such as Brexit and the high cost of imported materials are still hanging over the sector and holding back key investment decisions.

“Recruitment is also a growing issue, with wages of scarce skilled tradespeople continuing to rise and the future status of EU-workers in the UK still unclear beyond March 2019.”