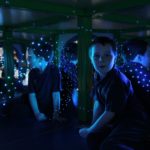 SPECIAL REPORT: Back to School

When Corbets Tey School found itself short of funds for a new soft play facility for its special needs pupils, MixIt’s Jim Taylor came to the rescue. Construction Plant News reports on a remarkable act of generosity.

When Jim Taylor looks back on what he and his team of builders achieved at Corbets Tey it is a source of not just pride but considerable emotion. “The staff put together a booklet which tells the story of the building of the extension and the soft play facility and when they presented it to me I was genuinely choked,” declares the owner of MixIt Concrete. “In truth I don’t like going there because it inspires much the same reaction. The pupils there sung a song to me at the opening ceremony and have written letters of thanks and that is something that’s worth all the money in the world.” The story of Jim’s extraordinary charitable build is actually the culmination of around ten years of fundraising endeavours, which began with the organising of a series of ABA boxing nights. “The first was actually for a friend of mine who wanted to build a new pavilion for his cricket club,” he recalls, “but that gave me the idea that we could raise money for any number of good causes.”

Based in Upminster, Essex, Corbets Tey educates children with Complex Learning Needs and as a consequence demands facilities that promote interaction and communication. The school’s soft play was an ideal resource to do just that, but was in such a state of disrepair that it was facing demolition, with no money for a replacement – that was until Jim Taylor stepped in.

“We had previously ran two of our boxing nights for Corbets Tey raising a total of £40,000 in the process, but it became apparent that, through my connections in the building industry, I could also provide them with far more direct help in terms of materials and labour. Two years ago, they told me they were desperately in need of a soft play room, and were initially going to invest in another prefab to replace the unit they already had on site. Given that a building like that is only ever going to be good for ten years’ service, it’s clearly far more cost effective to build a permanent structure, and that’s what I advised.” For Corbets Tey, however, the initial quotes from builders, which were in the region of £400,000 to £500,000, would prove prohibitive to their plans, and way beyond their budget. All of the school’s buildings and facilities need to be accessible to often quite severely disabled children, which added to the construction costs, and no more additional funds from the local council were to be forthcoming. With a lifetime associated with the trades to call upon, Jim was able to formulate a workable plan – but his involvement in the project was destined to be much deeper still.

“Rather than a separate building it was clear that what was needed was an extension to the existing school. It would improve access around the whole facility and not just for the soft play wing,” he explains. A way forward in place, Jim then set about using his contacts to source the materials, but even then it became apparent that the most viable solution for the school financially would be for the MixIt proprietor to take on the job himself, an extraordinary act of generosity which would ultimately amount to a gift of over £300,000.

“In the end I donated everything from the foundations, to the drainage, the entire structure of the building, the main steelwork, the plastering and the decorative materials, and it was my own team of builders who undertook the project. Not only that but we had to jump through some bureaucratic hoops along the way; I actually had to tender for the job – and win it – for instance, but we got it done.” Given that Jim runs a sizeable business, which employs over 100 people on a daily basis, his efforts at Corbets Tey are a considerable commitment not just in money but also in time. “Because of the constraints of the school calendar the works needed to be completed to a certain timeframe,” recalls Jim, “and the fact that deliveries during teaching hours were prohibited was an added complication. When my site foreman started I promised him he wouldn’t have a day off for six weeks and I was to be proved right. Saturdays were crucial because we knew we could work without causing any disruption to pupils or staff and, having broken ground at the beginning of the six week holiday of 2017, the roof was on by Christmas. Once we’d begun it was something I just had to finish and we worked flat out to ensure completion for after the Easter holiday of 2018.”

So just what was the motivation for going so above and beyond to help Corbets Tey? “You would be hard pressed to find a worthier cause given what the teachers do for the pupils at that school,” reflect Jim. “Some of the children have some very serious problems and it puts into context just how lucky you are. On a personal level, as you get older you realise that’s it’s important to give something back to the community,” reflects the 57 year-old, “but for me it’s even more than that. “The soft play facility is now called the Taylor Wing, and will bear that name for as long as the school exists, and I feel like I’ve made my mark in this world far more than by simply running a business, however successful it might be. I could choose to give my money to any number of causes but what we achieved has had a more immediate impact, and you can clearly see that the money, materials and labour we’ve bequeathed has benefitted the these children. If I can find the right project it’s certainly something I would do again but I have to be sure in my own mind that it makes a difference and that I can see first-hand that it will.”

A bricklayer by trade, from humble origins Jim Taylor has built a London-based business empire. “I started from a back garden in Forest Gate but as soon as I bought my first mixer back in 1982 it was clear that the concrete was going to take over,” explains the entrepreneur, “and we’ve been looking at ways we can improve our processes, and diversify ever since.”

Whilst the Corbets Tey project is clearly the product of personality with boundless energy and an eagerness to take on new challenges, the same can also be said of his business, and it is that culture that has been crucial to his success. “We’ve always tried to push the boundaries and strive for improvement,” Jim explains. “For example, we’ve been early adopters of technology from the outset and, thanks to a bespoke IT system, all of our deliveries are now totally paperless. Our drivers are equipped with tablets that calculate their routes, whilst the customer has access to the progress of the order and an ETA, rather like the tracking system for a parcel.”

MixIt presently operates from four depots, Barking, Bow, Tilbury, and Edmonton, the first of which also functions as a head office, and now offers its clients a diverse range of services, including concrete pumping, flowable screeds, aggregates, blocks and a range of specialist products. In addition to quality the company cites sustainability as a key concern and can point to the likes of ISO 14001 Environmental Management Certification, and BES 6001 classification as proof, whilst 96 per cent of the HGV fleet is now Euro6, but here again MixIt is prepared to go much further.

“Here at Barking we started a process of washing the waste and recycling the water from the drum cleaning process,” continues the 57-year-old, “and 100 per cent of that material is now reused.” Whilst the manufacture of cement will always be an energy intense process MixIt is mitigating that impact by ensuring it accrues the maximum from the raw material, and it is a process that supplies another marketable product for the company. “We actually use the recycled cement and water to make blocks,” explains Jim, and the manufacturing facility for these is here at Barking as well.”

In fact, the east London facility is a substantial hub of industry, where 10,000 tonne boats unload material that MixIt then processes into aggregate. A substantial stock of the aforementioned blocks stretches across the site, and a batching plant supplies precise and compute controlled mixes of concrete. It is a business, together with the charitable work its success supports, that is indicative of a self-made man and all the drive and determination that entails.