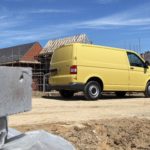 Are the vans you run on your fleet leaving you out of pocket when it comes to fuel economy? Research by Honest John has found that just one in 10 hits its advertised MPG.

The gap between advertised and on-the-road MPG is now at its widest ever point, with just one in 10 vans managing to hit their official fuel economy figures, according to the latest data from Honest John Vans.

This has hit the construction industry hard, with the majority finding it increasingly difficult to understand how the cost of fuel will impact their profits. To make matters worse, pump prices are also on the rise, which again makes it easy for companies to lose out.

That’s why Honest John Vans launched Real MPG – a service that makes it easy to see how much on-the-road fuel a van or pick-up will use. Unlike official (laboratory tested) fuel consumption figures, Real MPG is based on real life fuel reports from UK drivers. You can also submit your own fuel ratings to help your fellow tradespeople see the honest picture when it comes to vans and Real MPG.

One of the reasons vans have performed increasingly poorly is because they are tested in the laboratory and not on the road. From September 2018, the NEDC (New European Driving Cycle) test for new vans will be replaced with the Worldwide Harmonised Light Vehicles Test Procedure (WLTP). However, while the WLTP should be more reflective of real world driving conditions and involve longer distances and higher speeds, it will still be laboratory-based, which means Real MPG will remain the UK’s only true source for real world MPG figures. Achieves 98 per cent of official economy

The Peugeot Partner is one of the most comfortable compact vans you can buy, with car-like handling and ride qualities. It’s also extremely practical, with a maximum 850kg payload capacity. As well as impressing for carrying and comfort, the Partner’s also brilliant for Real MPG. Indeed, the Partner is the UK’s best for real world fuel economy, with drivers achieving close to the advertised figures, with an average of 48mpg. Achieves 97 per cent of official economy

The Volkswagen Transporter T5 is another used buy that delivers excellent real world fuel economy. All of the 2.0TDIs return strong Real MPG, with the T5 averaging at 97 per cent of its advertised fuel economy.  Dig into the Real MPG numbers at Honest John Vans and you’ll find that it’s the 2.0 TDI 84 diesel that impresses the most, with drivers getting 39mpg on-the-road. Returns 96 per cent of official economy

The Scudo is the sister model to the old Dispatch and Expert, but the Fiat comes out on top when it comes to on-the-road fuel economy with Real MPG drivers getting at least 38mpg. On average, the Scudo returns 96 per cent of its advertised economy; however, delve into the numbers and it’s the 2.0 MultiJet 120 that’s the most honest, with drivers getting 100 per cent of its advertised economy (39mpg). Achieves 96 per cent of official economy

It may have been replaced by a newer model, but the trusty old Vivaro remains a favourite with builders thanks to its great handling and impressive Real MPG ratings. On average, the Vivaro will return 35mpg, while the 2.0CDTi and the 2.5CDTi rank as the best performers, with both turbodiesels matching or bettering Vauxhall’s advertised economy figures. Achieves 95 per cent of official economy

Admittedly, the Mark6 Transit is getting on in years, but its remains one of the best when it comes to Real MPG. Choose a Transit with the 2.2 TDCi 85 engine for example and you’ll get 37mpg, while the 115 version of the 2.2-litre turbodiesel provides a respectable 38mpg.