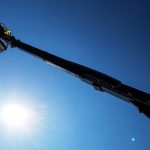 At the end of 2017, the worldwide rental MEWP fleet size reached an estimated 1.35 million units, compared to 1.25m estimated at end 2016 – a year-on-year increase of around 8 per cent, according to IPAF’s Powered Access Rental Market Report, exclusively compiled by leading global research intelligence company Ducker Worldwide.

The European MEWP rental market had another positive year in 2017; for the second year in a row all indicators were positive in all ten European countries under study, with most markets experiencing strong overall revenue growth. The UK saw strong market growth for the seventh or eighth year in a row, and once again the MEWP rental market in the UK outstripped construction, growing by 4 per cent against 2 per cent for the construction sector.

Once again, competition in the established UK market was fierce, which suppressed rental rates, though utilisation rates continue to climb as companies evolved their fleets to meet changing demand, offering more specialist equipment and in particular cleaner, greener machines capable complying with increasingly strict emissions regulations in places such as the City of London

So the platform is there for growth in the powered access rental sector in the UK and Ireland. Changes to legislation such as the aforementioned emissions regulations and the withdrawal in May of the exemption from MoT testing on HGV-mounted MEWPs continue to be a challenge the industry takes in its stride, with innovation to the fore as always.

At the outset of 2018, IPAF announced it was launching a wide-ranging consultation into the potential uses and applications of virtual reality (VR) and simulators in the MEWP industry, with specific consideration of how the technology could be adopted or integrated into operator training and safety planning.

As a key plank of its consultation, IPAF took s sophisticated MEWP simulator to Intermat, the global construction expo in Paris, France, and Vertikal Days, the annual gathering of the UK crane and powered access industry, at Donington Park Circuit in the East Midlands.

The MEWP simulator was a draw at both events, eliciting enthused responses from seasoned MEWP instructors and complete newbies alike. Those who tried the MEWP simulator or VR app were invited to give their feedback at www.ipaf.org/VRconsultation before it closes on 22 July; later this year IPAF aims to offer recommendations as to how the technology might be adopted and applied in training, safety demonstrations and for placing operators in potentially dangerous situations to see how they react – highly inadvisable in a real MEWP!

Powered access is an industry borne out of innovation and has long been exploring and embracing new technology, from VR apps, such as IPAF’s own demo of the steps an operator should run through in a pre-use inspection that can be downloaded to a smartphone and viewed through a compatible headset, all the way up to the most sophisticated platform simulators. IPAF has embraced New Generation technology in its training since 2016, with an increasingly sophisticated series of virtual video and eLearning modules augmenting the PAL Card operator training and its MEWPs for Managers supervisor training also being transposed into eLearning format.

This has already had huge benefits, reducing time away from the job for trainees who complete the eLearning module rather than attend a classroom session, though all must still undergo a practical test – the technology hasn’t yet advanced far enough to replicate an experienced instructor-evaluator.

Towards the end of last year IPAF also placed the first MEWP and Mast Climbing Work Platform (MCWP) renderings into the UK-based the National Building Information Modelling (BIM) Library, meaning architects and project managers can now place fully scalable MEWPs and MCWPs into 3D plans for buildings before they are built, to better assess the type of equipment needed to complete construction, fit-out or maintenance.

It is perfectly feasible that in future the BIM environment could be uploaded into virtual reality so operators and supervisors can rehearse real-life MEWP operations on a building that hasn’t been constructed yet, or to run through complicated manoeuvres in a higher-risk environment such as a power station or petrochemical plant.

And there are still more technologies with the potential to advance the powered access to ever higher planes; augmented reality (AR) apps could allow operators to run through a pre-use inspection or familiarisation on specific types of equipment just by pointing a device at the requisite parts of a machine, recording that the relevant checks were carried out and the MEWP was fit for use.

Robotics and drone technology are also likely to influence the way temporary work at height is conducted; both have the potential to revolutionise the powered access industry by taking away the need to lift humans into the air at all.

The technological advantage can be gained in other ways: Online access to key British Standards Institute publications are now available to members of IPAF free of charge following an agreement between the organisations.

Richard Whiting, IPAF’s UK General Market Manager, and Paul Roddis, IPAF’s Training Manager, met with representatives of the British Standards Institute, and it is now possible to offer read-only online access to ten key BSI standards to IPAF members who are logged in to the IPAF website.

All things considered, the powered access market continues to be one a dynamic part of the wider UK plant hire sector, both in terms of technological advances and economic evolution.

While there are uncertainties ahead, not least as the UK continues to negotiate its exit from the European Union, business confidence and economic outlooks remain positive, and the potential of innovative new technology is set to unlock new growth and meet the challenge of shifting demand in a changing regulatory landscape for years come.

0 0 0 0
Previous : Plantworx/Railworx: The Show Must Go On
Next : Review: Powering On With JLG