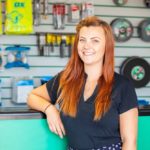 The Institute for Apprenticeships (IfA) has granted approval for delivery of the new Hire Controller (Plant, Tools and Equipment) Trailblazer Apprenticeship.

This comes on the back of several years’ of hard work by an employer-led Trailblazer Working Group who determined that a Hire Controller Trailblazer Apprenticeship Programme was critical in order to attract new recruits to the construction plant industry, as well as upskilling existing staff into a new role. Hire Controllers co-ordinate the hire of plant, tools and equipment to customers and through a wide-ranging skills set, play a key role within plant hire companies nationwide.

The Trailblazer Working Group was chaired by Kirsty Archbold-Laming, Director of Southern Hoists, and consists of plant hirers across a number of employers from the hire and rental sector including general plant, access, cranes, rail plant, ground support, small plant and tools and concrete pumping. The Construction Plant-hire Association (CPA) has provided extensive managerial and administrative support throughout the process and the International Powered Access Federation (IPAF) and the Hire Association Europe (HAE) have also been involved in the development of this Hire Controller Trailblazer Apprenticeship. The bid to develop this apprenticeship goes back several years with a number of hurdles overcome before the approval to develop the apprenticeship was received.

Kirsty Archbold-Laming, Chair of the Hire Controller Trailblazer Working Group said: “We’re extremely pleased after several years of hard work to get the final approval from the Institute of Apprenticeships. This new apprenticeship will be a major step in helping recruit the new staff that we need in our sector. I’d like to thank my colleagues in the group for their support and perseverance in getting this Trailblazer through to fruition and also thank our Relationship Manager, Jill Nicholls from the IfA for the excellent support that she provided.”

In developing the standard for this occupation, the Working Group defined the required duties of a Hire Controller for the training syllabus which included the provision of technical information to customers in helping them select and use suitable equipment for the planned activities; ensuring the equipment being hired is compliant with Health and Safety requirements; completing contract documentation at both on-hire and off-hire stages; processing payments including calculating hire and rental charges, damage charges, fraud prevention measures and insurance payments; and handling customer technical enquiries and complaints.

The Hire Controller Trailblazer Apprenticeship process will develop certain behaviours including forming positive relationships with customers, working both within a team and independently, developing a ‘Health and Safety-first attitude’, being self-motivated to meet operational targets, remaining respectful of equality and diversity and remaining committed to continual personal and professional development.

This apprenticeship has been set by the group at a level 2 and will take between 12-18 months to complete, with 20% of that time to be devoted to ‘off-the-job’ training. The IfA has placed this Trailblazer in funding band 8 which equates to £5000 that can be spent or claimed by employers (subject to current funding rules) for apprenticeship levy and non-levy paying organisations, in line with typical training costs supplied by training providers.

The standard containing the skills, knowledge and behaviours for the apprenticeship, as well as the assessment plan, can be downloaded here.

The Working Group’s final task is to prepare the apprenticeship for delivery which will involve the three supporting federations, namely the CPA, IPAF and HAE, as well as CITB and the training providers who participated in the group. It is envisaged that readiness-for-delivery will take place in early 2019.