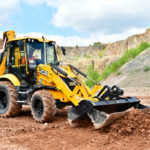 One of the industry’s most iconic machines – the JCB Backhoe Loader – has been treated to an upgrade and Dan Gilkes is on hand to take it for a test drive.

JCB has simplified its world-beating backhoe loader line-up, to make it easier for customers to specify the right machine for their application. The range now includes the 3CX Eco, the 3CX Plus and the 3CX Pro. The 4CX is offered in Plus and Pro models, while the 5CX is available solely in Pro specification. The manufacturer also still offers the 4CX Polemaster and the 5CX Wastemaster specials. All get new name graphics, while you’ll easily spot Pro models, as they now come with black wheels. 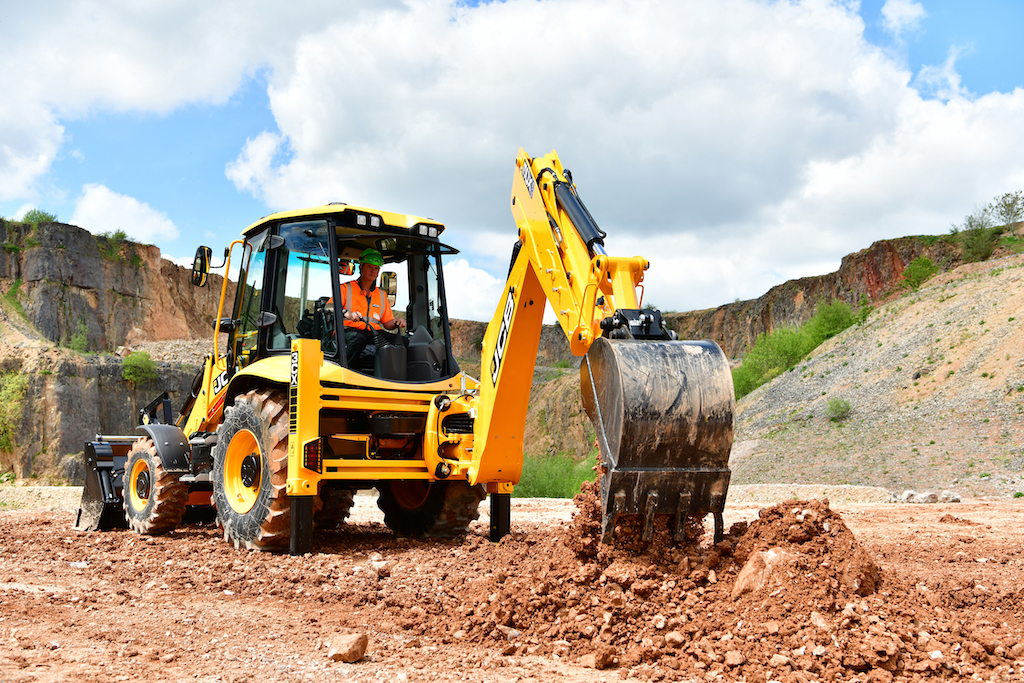 The 3CX Plus can be had with JCB’s 448 4.8-litre engine delivering an 81kW (109hp) rating, that comes as standard with the Powershift box. The Powershift transmission also gets TorqueLock as standard, reducing fuel consumption while roading. The 3CX Pro comes with the 81kW engine and a six-speed Autoshift transmission, again with TorqueLock. This EcoRoad transmission is said to cut travel times and reduce fuel use by up to 15 per cent when driving between sites.

The 4CX Plus has the 72kW engine and a choice of four-speed synchroshuttle or Powershift transmissions, while the 4CX Pro and 5CX Pro get the 81kW engine and the six-speed Autoshift box. All of the machines benefit from an Auto Stop system that will shut down the engine when the machine has not been used for a pre-set time to save fuel. The operator can vary the time through the in-cab monitor. 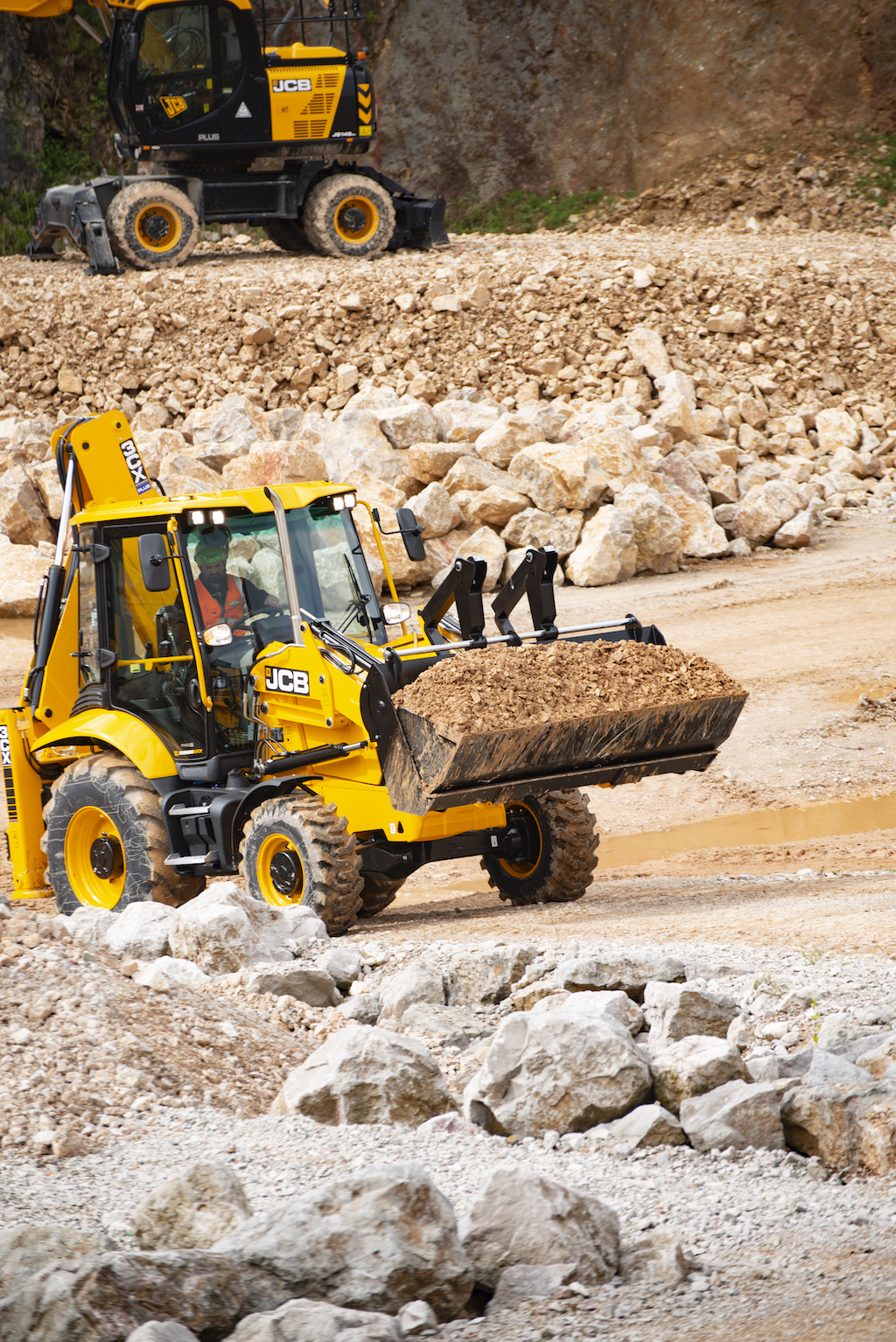 Advanced automation
JCB has offered a variety of automated features on its backhoe loaders for a few years, but the Pro models bring the whole collection together, to really deliver a new level of assistance to the operator, boosting productivity and reducing effort. The systems on offer include Auto Drive, which allows the operator to set an engine speed that is automatically maintained when roading There is also Auto 2WD, which drops from 4WD to 2WD as travel speed increases, reducing tyre wear and fuel use.

For those models with the optional Advanced Easy Control (AEC) seat-mounted servo levers, Auto Seat Select automatically changes the lever controls as the seat is rotated between front loader and rear backhoe use. Where AEC is fitted you can also now have Auto Stabilisers, that not only extend and retract with one touch, but that will automatically level the machine on uneven ground before working the backhoe. AEC machines also benefit from an isolator lever, similar to that found on excavators, to lock and unlock the seat controls. 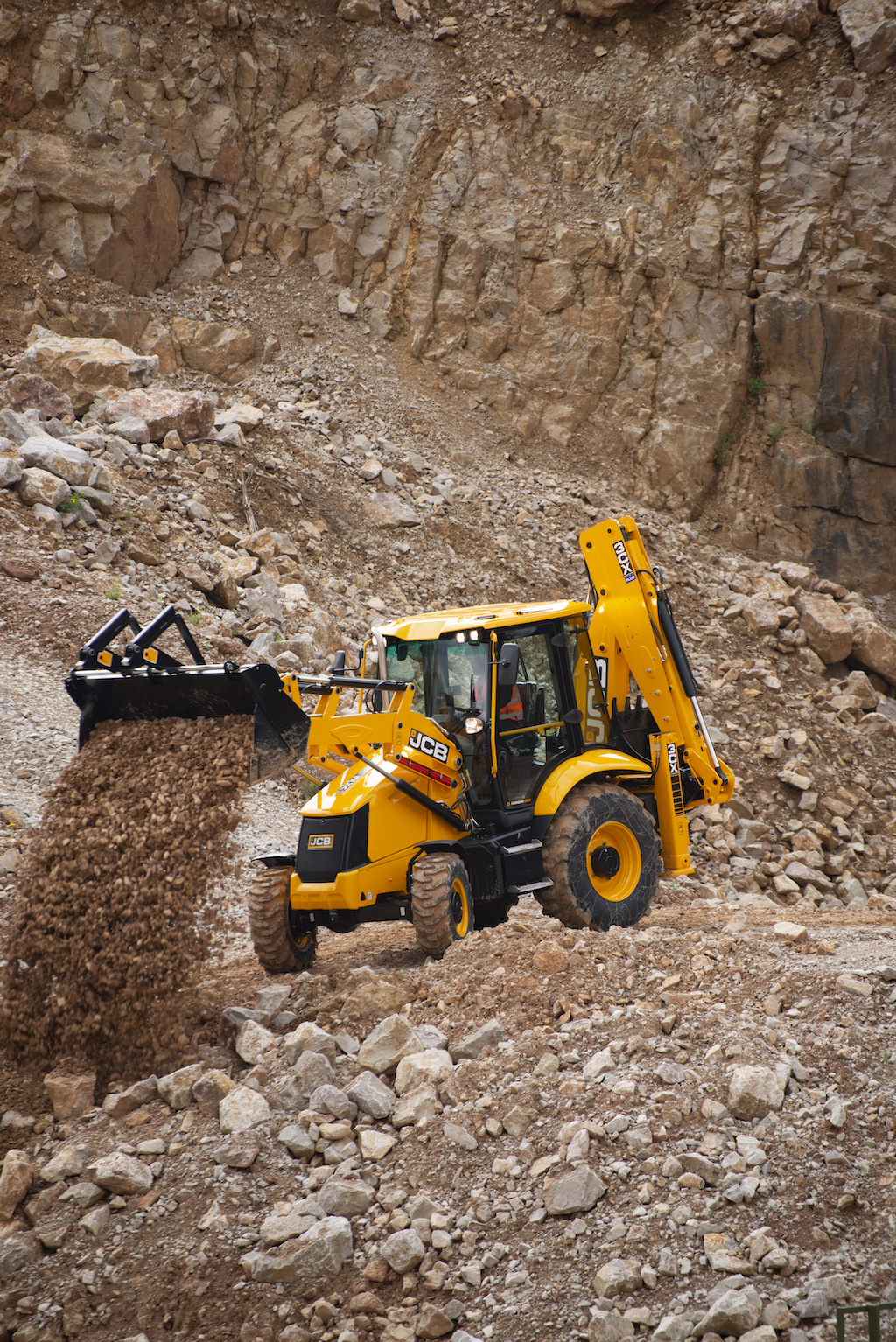 Operator’s cab
JCB’s CommandPlus cab has been updated, both internally and outside. There is a new roof cap that incorporates LED flashing beacons in each corner. This removes the need for the operator to climb up each day to secure a flashing beacon on the roof before starting work. You can specify up to 10 LED working lights and there are larger rear-view mirrors, to provide all-round visibility, while bolt-on yellow grab handles make it easier to enter or exit.

Inside, the cab looks smart, with darker grey material in the lower half and lighter grey above. There’s an upgraded seat, with the option of seat heating and air suspension, while a headrest is now standard on AEC models, or optional on manual lever machines.

All models have a new steering wheel, providing a better view of the updated front display screen, while the side display now gets a 7” monitor to allow more information to be shown. Operators can even access ‘How To’ videos on the side screen, for key functions if required.

Equally welcome are additional secure storage, with a lockable compartment next to the radio. That’s a factory-fit radio now too, with Bluetooth compatibility for smartphone use that can be controlled through the rotary switch on the side console. Heating and ventilation controls have been moved to the cab’s B-pillar, for easier use whichever way the seat is facing.

Updating and improving such a mature product range must be quite a task for JCB’s engineers. Daunting too, given the massive share of the global market that the company enjoys. Yet, by simplifying the range and making standard much of the equipment that customers might have added to tailor a machine to their needs, JCB has certainly made it easier for buyers to choose exactly which model they need.

In the UK, the backhoe loader might not be quite as important as it once was, with other machine types taking over the digging and lifting duties on site. However, globally, the backhoe remains a big seller and a massively important model for JCB in many countries. This update should keep those customers coming back for more.