It’s been less than a year since Sarah and Christopher Cookson tragically lost their son Carter who was born prematurely on Boxing Day, 2018. Within the first hours of his life the beloved baby suffered three cardiac arrests and consequently needed a heart transplant to survive. Tragically, Carter was just over three weeks old when he lost his fight on the 19th January, 2019.

Sarah and Christopher Cookson from South Shields also lost their first son Charlie Cookson aged only two due to a mystery progressive disease and now, in their honour they run The Charlie & Carter Foundation in the memory of their two children who were so cruelly taken from them.

After hearing of the pain and heartache that this local couple had gone through, north east based earthmoving attachment supplier, Miller UK pledged to support this local charity during 2019 and have spent the past 12 months organising fundraising days. 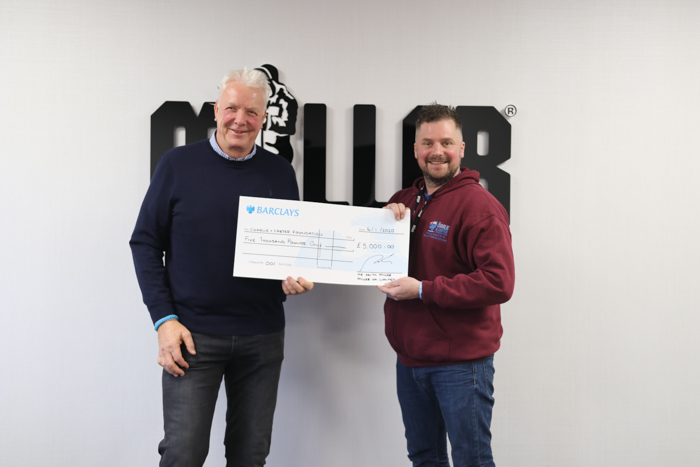 The staff at Miller have been determined to raise as much money as possible for The Charlie & Carter Foundation and for every pound that they have managed to raise, the Chairman Keith Miller agreed to match it with a company donation. Throughout the year, the entire team took part in a range of fundraising activities including walks, bake sales, quizzes and a cycling challenge. In addition, Keith’s own children Wils, Emmie and Sadie did all that they could to help raise money including selling some of their toys and Sadie even took on the challenge to quit sucking her thumb resulting in another £100 donation!

Through all of these fundraising events and challenges, Miller UK raised a remarkable £3,000 however, after Keith met Christopher and heard in person about how much impact the donation would make, Keith generously increased the donation to a whopping £5,000! The team from The Charlie & Carter Foundation were presented with the cheque during their visit to Miller HQ in Cramlington, Northumberland earlier this week.

“We are lucky to have a successful business around the world, and I have achieved this by living my life by three simple mantras, work hard, play hard and if you can, give something back… the giving something back is hugely rewarding,” said Keith. “We are so proud to be associated with The Charlie & Carter Foundation and we’re very privileged to be in the position to help and support them as our charity of choice for 2019. The team at Miller have done an incredible amount of fundraising and the company pledged that they would match every pound that was raised,” he added.

The Charlie & Carter Foundation provide financial support to parents of seriously ill children with life-limiting conditions that require 24 hour nursing care or specialist nursing facilities. The target for the charity is to help 12 families per year at the cost of £36,000 and the donation from Miller will be enough to help two of those families this year.

“We have a lot of families all around the UK that are in desperate need and it’s thanks to donations like these that we are able to provide support through The Charlie & Carter Foundation. Everyday life can very quickly become extremely difficult coping with the stresses and strains on top of caring for a seriously ill child and we will continue to support the families who are going through this,” said Christopher. 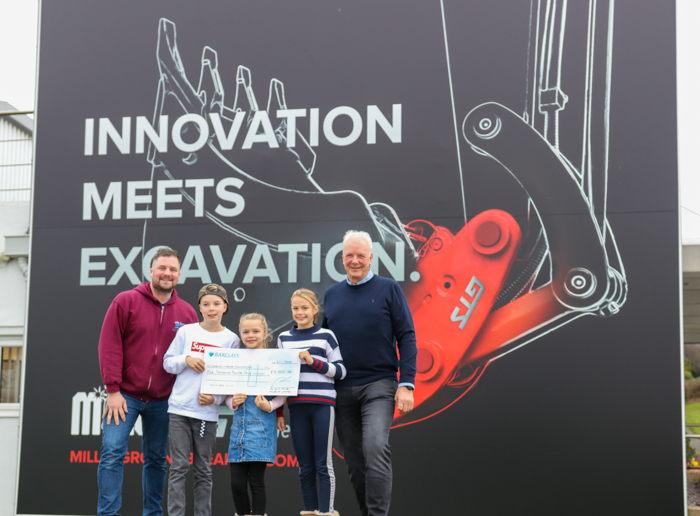