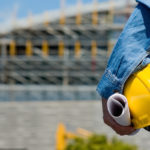 December is always a quiet month, they said.   At the end of the year, the construction industry is more interested in Christmas parties than in winning work, they said.   Having flown in the face of tradition, the economy and political uncertainty consistently for the past few years, in December 2019 the sector once again turned contrarian by posting a set of new contract award figures that were not just good for a December but which would have been perfectly acceptable in just about any month of the year.

In December 2018, the BCLive league table recorded a total of £4.879 billion to bring to an end a period in which the industry posted monthly figures of £4.0 billion or more for 12 consecutive months.   In December 2019, the BCLive league table topped the £4.0 billion mark even though the month was shortened by the Christmas festivities and interrupted by the General Election.

And it achieved this seasonably remarkable figure without the aid of a single marquee project to queer the figures and with eleven of the BCLive Top 10 breaking the £100 million mark.

Top of the pile during December 2019 was a Hochtief/Murphy joint venture which bagged a £400 million London Power Tunnels project for client National Grid to deliver 32.5 km of shaft work for domestic electricity cables between Wimbledon and Crayford.   That project is expected to run for the next six years.

In a year dominated by the housing sector, it was fitting that Bovis Homes Group & Barratt Homes claimed second & third places respectively. Bovis Homes Group secured six new contract awards worth approximately £348 million.   This included a £240 million new build of 783 dwellings, a new school together with highway improvements in Cambridgeshire.   That project is expected to include 30 percent affordable homes and Barratt Homes secured nine new projects worth approximately £200 million largest of which was a £46.5 million scheme in Bedford under their David Wilson Homes brand.

Kier Group saw out the year in fourth place on the BCLive league table with 18 contracts valued at a combined £182 million.   The largest of these was an £80 million design and construction contract for Highways England for a new dual carriageway connecting the Windy Arbour and Skippool junctions at Fylde.   This month’s haul saw Kier Group emerge as the contractor with the most contracts by number for December 2019 and for the whole year; an achievement that propelled the company into second position on the yearly table with 256 individual contracts valued at over £3.0 billion.   In first place on the annual table was LendLease which took just seven contract awards for a £4.55 billion yearly total.

ISG who took seventh place on the BCLive league table for December 2019, courtesy of a four contract haul valued at approximately £150 million.   The most notable of these was a £60 million contract to design and build of Sky Labs and Pavilion at Grant Way in Isleworth.

The General Election might have moved us closer to Brexit but it could not prevent an end-of-ear Dutch incursion in the form of BOM Group bagging a pair of £60 million glasshouse construction contracts: the first at Crown Point Estate in Norwich; the second at Place Farm in Ingham.   In both instances, the client was RNA Consulting.

Engie, which has enjoyed several stays in the BCLive league table Top 10 this year, saw out the year with a nine contract total worth of approximately £104 million.   The most notable of these is a £40 million new build contract for the creation of student accommodation for Kingston University at Surbiton in Surrey.

The last of the companies in the December 2019 £100 million club was Buckingham Group with a single contract valued at £100 million for the construction of up to 250 residential units and the new Peter Taylor Stand at Nottingham Forest’s famous City Ground.

Interestingly, the BCLive league table recorded approximately 7,762 new contract awards during 2019, almost exactly the same number as the previous year.   However, with an annual total £74.2 billion, the value of those contracts was up by 18 percent on the previous year.

During that period, housing (excluding mixed use developments) contributed more than a third of all new contract award activity worth a staggering £27.6 billion.   The annual figures by region were equally skewed with London accounting for more than £23 billion of the £74.2 billion annual total.   However, with totals of £6.06, £5.37 and £5.2 billion respectively, the North West, West Midlands and East Midlands each enjoyed an improved year.

With the (latest) Brexit deadline now just a matter of days away, we are entering yet another period of uncertainty.   But the UK construction sector has faced down similar circumstances in the past; and it will start 2020 buoyed by a remarkable if unexpected end to 2019.