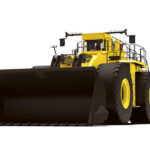 Surplex have shared an image gallery of the largest machines in the world. They really exist and you can hardly ignore them. From monster transporters and super dozers up to gigantic excavators, all kinds of machines are included.

Even the smallest machine among them is as long as the “penalty kick” in football and has a tremendous engine of 1,150 hp (860 kW) under the hood. The number 1, on the other hand, outperforms all other machines with its length, which is equal to about 27 km. All in all, these are among the largest and most powerful machines the world has ever seen.

Many of the machines are so huge that they have made the headlines and even caught the attention of the film industry. Therefore, a number of them played a part in some movies or TV series. Films like Transformers or The Hunger Games are obviously among those. 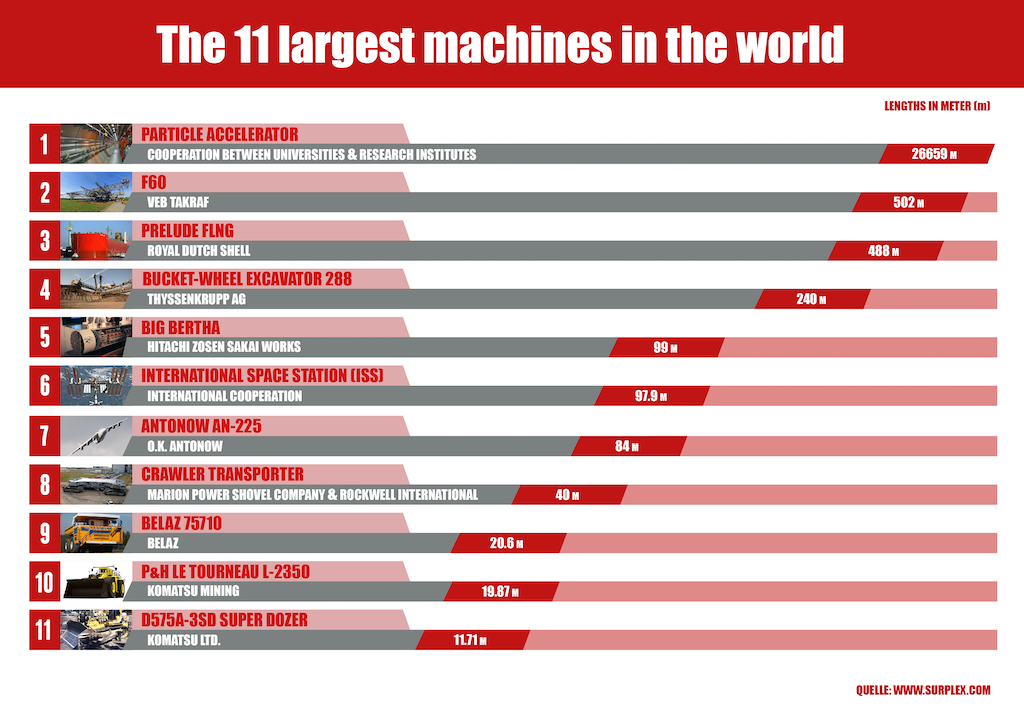 Surplex comments: “We wanted to sort these wonders of technology according to a measurement unit and decided on the length in meters. If we had done this according to a different unit, the ranking would of course look a bit different. What is certain is that the machines all belong in this league. And now convince yourself.”