In the spring of 2022, tiltrotator manufacturer Engcon will launch a lightweight pallet fork for excavators in the weight class of 2-6 tonnes.

As a result, the work that can be done by these machines is further expanded, which contributes to increased efficiency and profitability.

With a tiltrotator on the excavator, the type of work that can be done increases significantly. With the ability to tilt and rotate the bucket, as well as connecting a variety of accessories under the tiltrotator it makes an excavator a smart tool carrier. Engcon recognises this and now has one of the market’s widest range of tools for excavators 1.5-33 tonnes.

Engcon has for many years offered pallet forks for excavators for cargo handling, which has become increasingly popular. In line with the increased demand, engcon has developed a lightweight pallet fork for excavators 2-6 tonnes. 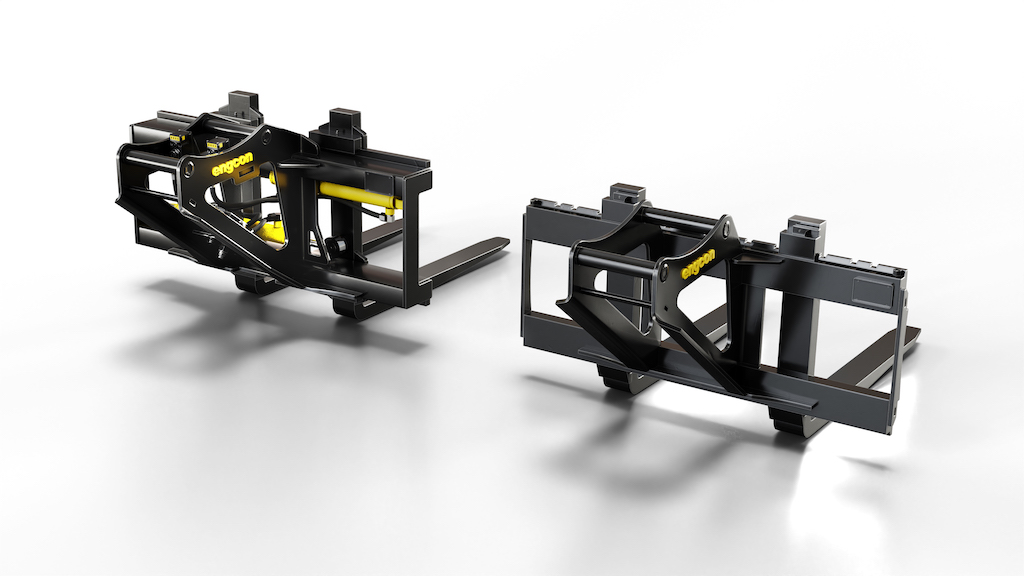 “Pallet forks for excavators will soon be as common an accessory as the bucket on excavators working on building sites or performing various service work,” says designer Mikolaj Tepper, who has been involved in the development of the new pallet fork.

The new and lightweight pallet fork comes in two versions, one hydraulic and one mechanical and it can handle a load of 2 tonnes of TP500 which means that it is rated for 2 tonnes of load 500 mm out from the back edge of the forks. The weights are calculated at 141 kg for the mechanical and 151 kg for the hydraulic pallet fork and the standard length of the forks is 800 mm.

The hydraulic version is adapted for Engcon’s automatic quick hitch system EC-Oil enabling the driver to connect the pallet fork and its hydraulics automatically without stepping out of the cab.

“The hydraulic pallet fork with EC-Oil fits perfectly with our new EC206, which later in the year will be equipped with our automatic quick coupler,” continues Mikolaj Tepper.

The new lightweight pallet fork will be on display at this year’s fairs and events, delivery is expected by the end of the year.