With the deadline for the new Stage V emissions legislation approaching at the end of the year, genset original equipment manufacturers (OEMs) are preparing themselves by sourcing compliant engines and technology. To help Industrial Power Generation (IPG) build its first Stage V generator set, DiPerk Power Solutions provided the company with a new Perkins Stage V diesel engine. The new engine means that IPG’s new generator is now up to standard and can be installed in London’s Low Emission Zone and other zones.

Stage V is the first new emissions legislation to affect the power generation industry in ten years. With its introduction, OEMs must power their generators using engines equipped with aftertreatment technology, such as selective catalytic reduction (SCR), that monitor and limit particulate matter (PM).

Headquartered in Doncaster, IPG produces diesel generator sets for various applications and industries. Over the years, its portfolio has included working with HeidelbergCement in Africa, Nestlé in Ethiopia and Nigeria, and the Norwegian Government. When IPG was approached by an existing customer to build a Stage V genset, it turned to DiPerk to supply a new diesel-powered engine to the generator.

DiPerk has already started supplying diesel engines that meet Stage V requirements, allowing OEMs to build compliant gensets ahead of the upcoming deadline. DiPerk’s compliant engines and broad knowledge of the new legislation meant it was uniquely able to support IPG in its first Stage V project and introduce its first generating set into the UK market. 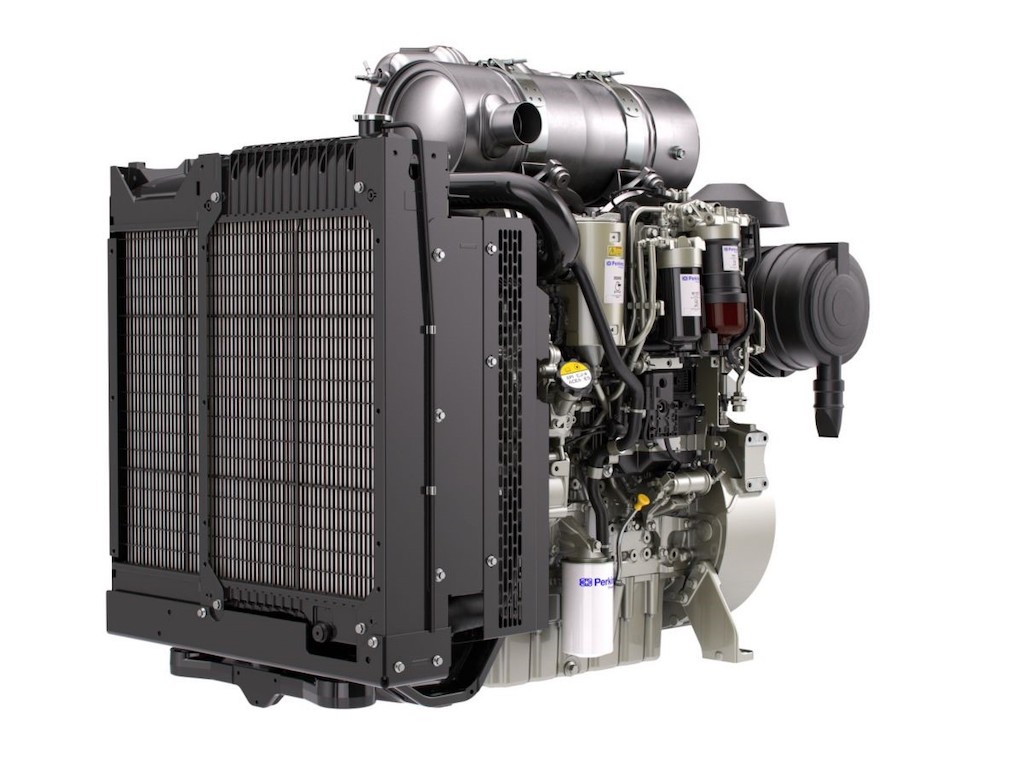 “As part of the project, we supplied IPG with a Perkins 1200 series engine for the 120 kVA unit that IPG specified,” explained Jamie Gibbon, Electric Power Engine Sales Representative at DiPerk. “The engine came equipped with a diesel particulate filter (DPF), a catalytic converter and an engine control module (ECM) that controls the AdBlue pump.

“We knew how important this project was for IPG, being its first Stage V venture, and so we made sure that the engine delivered the necessary power, hit the key power nodes and included the necessary aftertreatment before IPG installed it.”

Bob Whaley, Joint Managing Director at IPG, added: “Thanks to DiPerk’s support and our own team, we were able to complete the generator in 40 working days. We have now delivered it to our customer in London, where it will be used in a construction site in a residential area near the South Bank. The new mobile unit uses battery storage technology to charge during the day, so that it’s ready to run at night. The new engine was crucial — without it, the machine would not be permitted inside the capital’s Low Emission Zone.”

Stage V is the first European-level emissions legislation that applies directly to genset OEMs like IPG. Manufacturers now have until December 31, 2021, to place their machines on the market.

Headquartered in Peterborough, DiPerk is the only authorised distributor of Perkins engines and parts in the UK and Ireland. It supports customers by helping them to integrate Stage V engine into the OEM’s application, providing advice and expertise throughout the transition. For more information on how DiPerk can provide reliable, Stage V compliant power for your application, visit https://www.diperk.com.

0 0 0 0
Previous : Alliance Tool Hire | Top tips to improve visibility and stay safe on site
Next : Cummins receives The Prince of Wales’ Terra Carta Seal for commitment to a sustainable future